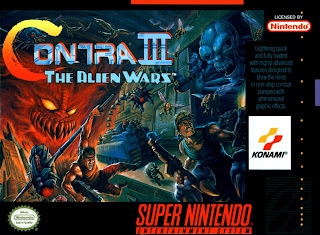 An interesting piece, but it makes me wonder of the extension towards the 'other' as enemy in video games. ie is it inherently wrong to play something like Doom and go around shooting demons, or even Dalek Attack! and go around shooting Daleks? Is there a line where it's acceptable to shoot made up enemy races which are all by definition 'Other'?

Far from xenophobic, could it not be seen as celebratory of the human condition, where finally men and women of all colours and creeds can unite as one, together with no differences in order to team up and shoot skull-faced alien monsters?

(I suppose the bigger question is that is any game where an evil race of evil monsters must be all killed inherently xenophobic, or is there some sort of special qualifier that games like Contra possesses?)

The Dapper Anarchist 4 years, 5 months ago

"Middle class economic aspirations are great for video games in terms of the process of selling consumer electronics to American families, but they don’t actually make very good games. Xenophobia, on the other hand, makes great games, as Contra III: The Alien Wars, in point of fact, demonstrates."

I'm going to have to object to this - the biggest selling games of all time include The Sims, which is literally nothing else but Middle-Class Aspiration the game (ok, you can play it as Working Class Aspiration, I suppose, but the aspiration remain to become Middle-Class) and Wii Sports (which with it's emphasis on golf and tennis is pretty middle class). Minecraft straddles the two - Survival does feature some xenophobia, in that night means monsters who must be resisted, but in both Survival and Creative mode the primary means of success is construction (especially of a house, with nice decor).

It is a common assumption that OF COURSE we need to have guns and enemies in our games to sell them, an assumption that is based on what? Sure, GTA and CoD sell well, but so do the Sims and other simulator games, various sports games, puzzle games, etc...

"...it dissolves into a blur of forgettable spin-offs, none of them among the classics of their respective platforms."

Contra Hard Corps is one of the best Sega Genesis games, and it's arguably better than Contra 3 here. It's a solid bolt for the Genesis camp. But yeah, after that you get the awful PS1 Contras and the series sort of languishes; Mario and Zelda made the jump to 3D fine. Contra did not.

It is fascinating to trace how these games that the GamerGaters played in their impressionable youth (or for the younger ones, had handed down to them as "prime examples of the genre" by the larger culture) both reflect and shaped their attitudes towards video games in particular and the broader society. So much of the GamerGate mentality is linked to the libertarian anarchism political point of view that "if you just put us in charge with a gun, everything would be great."

Genuine question: once one has discounted Celtic, Norse, Asian, Mesoamerican and African influences as not being the One True, Or At Least If Not Actually True At Least Acceptable For Some Damn Reason, Paganism, what's left?

Greco-Roman, presumably. If you're going to position yourself as standing up for traditional Western civilisation, you can hardly write off the Classical pagan inheritance which pervades it, even if you would like to.

I guess that makes sense, although it wouldn't be my first pick as a pagan tradition that "compete[d] with early Christianity", particularly.

I did wonder about that - the Olympians were hardly in rude health, though they had plenty of institutional inertia.

But cults which tend to get cast in the role of "competitors of early Christianity", like Mithraism or the worship of Sol Invictus, operated in that society, sprang from it to some extent (some scholars would see Sol Invictus as being derived from the Syrian cult of Elagabalus, famously associated with the emperor commonly known by that name, who would surely not be old Vox's cup of tea, but others would have it a purely Roman phenomenon, while the traditional assumption that Mithraism was closely derived from Zoroastrianism, and hence Asia, is regarded more doubtfully than it used to be) and could feasibly be classed as pagan. And I dare say the militaristic associations of Mithraism would give it a "virtuous" tinge in Vox's book.

Then there's Neoplatonism in its more religious manifestations, which may be the likeliest fit, being solidly Hellenic, intellectually sophisticated, and in complex dialogue with early Christianity.

At any rate, among the flourishing religious movements of the period, I think we can safely assume that he's definitely not thinking in those approving terms of the cult of Cybele...

How is it anarchism when you put someone in charge?
Anyways I mostly agree with that I just don't see what anarchism has to do with that. Or were they saying anarchism? Because it wouldn't surprise me.

It's an interesting article, but I feel like you're badly misrepresenting a number of things which impact the significance you're attaching to various points being made.

First we must keep in mind that these games where made in Japan by Japanese developers for a Japanese audience. Any significant reading on the history of that part of the gaming industry very quickly gives away how much of an afterthought the international market truly was to anyone outside Nintendo & Sega's own internal teams. Contra was certainly influenced by Reagan-era schlocky action films, but it was a shallow aping of their superficial details without any real nuance or intention to it, let alone an awareness of the American sociopolitical climate into which it was being released. It was as much if not more-so a product of the ultra-violent seinen (males 16-30) anime films that were popular in Japan during the mid-80's to early 90's. The devastated urban environment of the early levels isn't meant to represent urban decay or societal collapse, but the terror of being on the losing side of a total war (as Japan had been in WW2, and rightly continued to fear becoming once more during the Cold War). This is also presented by the vast number of sci-fi anime from that period which take place in settings defined by a nuclear holocaust or conventional third world war. And to be blunt I feel pretty confident that most of the audience they ended up with in North America would've been tone-deaf to any such unintentional messaging as you ascribe, even if we were to fully embrace the notion of death of the author. They were kids and teens playing a brutally hard, stupid action game. I mean, losing your power-ups on death (here your guns) was business as usual for games before even Super Mario Bros. It was simply a 'punishment' design element for poor play without thematic meaning, and it is unlikely gamers would've picked up on it as anything more because of the medium's history of using such elements.

The other thing I object to is your characterization of Super Castlevania IV. It was a not-particularly noteworthy experimental middle-step in a franchise that regularly experimented with it's core design precepts and went on to enjoy considerable success well into the late 2000's. The fact that they moved away from traditional action-platformer level structures a few entries later (after Bloodlines and Dracula X) with Symphony of the Night (itself a revisiting of Castlevania II's non-linear adventure based gameplay by way of copying Metroid) and its successors doesn't really support portraying SCIV as the beginning of a decline of the series. Nor the fact that they shifted from home consoles to mainly being on handhelds (that market grew much larger in the 21st century, and the sales figures show it wasn't having any trouble). They became less relevant to the mainstream audience because the market grew into new demographics (mostly dominated by western developers), which brought bigger sales numbers, through new genres such as fighting games, first person shooters, and annual sports titles. But Castlevania remained a stalwart series for gamers who liked the traditional Japanese-style.

I could go on about the historical role of platformer games in general (when you use the term side-scrolling shooter most people are liable to think of games like Gradius, R-Type, Defender and UN Squadron/Area-88, aka shoot-em-ups), but this is already probably more than anyone here cares to read. To be blunt, The genre continued to do well for quite a long time despite lack of interest from companies like Sony, largely by expanding the gameplay styles (as shooters have done ever since the late 90's) but also through the growth of the handheld market where they continued to thrive. Sure they didn't get the same attention they once did because new demographics playing new genres were bringing more money in and as the AAA projects got bigger and bigger they weren't as newsworthy or as important to promote, but sales figures for series that continued to do well (Mega Man, Metroid, etc) show they weren't struggling. Even today with the thriving indie scene we've seen a lot of major breakout hits in
2D platforming (Cave Story, I Wanna Be The Guy, Braid, Meatboy, Shovel Knight). Whoops, guess I did get into it a bit.

It's also worth noting for the larger themes of your article that in addition to the colossal success of games like the Sims (as The Dapper Anarchist points out) and the annual sports titles (sort of middle class?), the genres that came to supplant platformers where if anything even more violent; fighting games and then first person shooters. And really, the natural evolution for Contra would've been to become a 3D run and gun shooter; but they were beaten to the punch by games like Wolfenstein, Doom, Quake, Unreal, etc. So I would dispute the notion that Contra III was an artifact of an aesthetic era which was coming to an end.

Buh, should not post this late. I should've written that out and proofread it the next day, sorry. Didn't mean to repeat myself, some parenthetical notes are misplaced, lord knows what else but it's 2:30 AM here so I'm just going to apologize and throw in the towel.

Made by Japanese developers, yes, and this is a point I deal with in numerous other posts. But for Japanese audiences? Ah, no. The American market was long since where the money was.

As for Castlevania, yes, you've got Symphony of the Night. In Japan, you have Rondo. But let's face it - we've exhausted the remaining classics of that series now. I mean, I liked the Metroidvania run on the Game Boy Advance, but at least 67%, if not 80% of the series' classics have now come out. Compare with Zelda or Final Fantasy.

I love the genre, to be clear; Braid is probably my all-time favorite video game, and I've lost many happy hours to Super Meat Boy and Shovel Knight. But it's an indiegames genre now, not a AAA genre, and I think that shift matters..