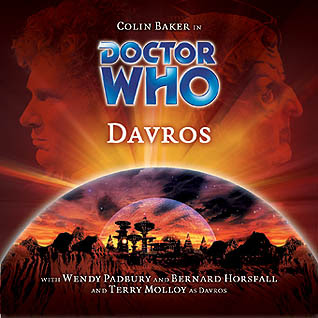 Remember Lance Parkin's Big Finish audio 'Davros'?  It's quite good, isn't it... if far too long.  But he does some interesting stuff with Davros' backstory, subverting your expectations a bit.  (It's got really good music too.)

Interesting stuff in it.  The Doctor is depicted as wanting to stop the fall of the corporations.  And, actually, I can see his point. At the moment, anyway.  And as long as we're talking about a sudden, instant fall.

Simply remove capitalism at the touch of a button today and human civilisation as it stands would fall, and the human race might die out... for much the same reason that the animals in a battery farm would all die if you murdered all the farm workers and the crime went undiscovered for weeks. As bad as it is, it is currently how things work. The system doesn't function efficiently, or for human benefit, but it does basically function, and it relies upon keeping a sufficient number of people alive, and a sufficient level of social wellbeing going, simply because it lives off its human livestock. So it keeps the ...

Private Ownership of the Means of Inhumation


Some disjointed observations about 'Revelation of the Daleks'; fragments of a larger and uncompleted essay that's been in the draft drawer for ages... just so that I can say I've served up more this month than an off-the-cuff whinge about how much I hated P.E. lessons.

He skulks in his private studio. He almost prefigures RTD’s quasi-fan characters. He’s a geek, a dweeby enthusiast. He sits alone, watches TV, greets a visitor very shyly and comes alive when given a chance to enthuse about his pet obsession: the old style D.J.s and music of America. When he learns that Peri is really American, he reacts like… well, like a Who fan meeting Nicola Bryant. You get the feeling that he might ask for her autograph. He’s almost a parody of the nerdacious loner. He has little or no direct contact with any of the other characters. Apart from Peri, he’s only ever seen with Jobel – and they don’t speak to each other. One gets the sense of someone asocial and ...