Jane CampbellAlchemy, Doctor Who, hatred, Season Twenty, the doctor and felix, to be continued7 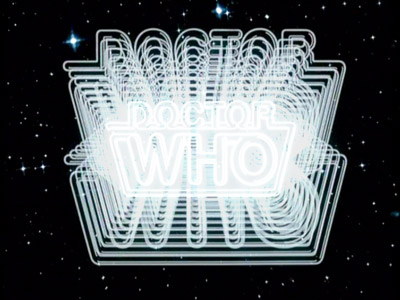 What is it about anniversaries? We made another circle around the sun, that’s all. Well, not a circle. An ellipse. There are no perfect circles in the universe. There is no perfection in the Universe, let alone in Doctor Who’s twentieth season, back in 1983.

But perfection is so much more boring than messiness, than the chaos that lies at the heart of all truly surprising art. Perhaps that’s why we love Doctor Who so much, why it even works—the mercurial element of the show feeds on chaos, on messiness, on constant change, which is truly the natural arc of history, not to mention the unfolding of the cosmos.

Back in Season Eighteen, we had something resembling thematic unity for the season, and on a cosmic scale: Entropy. Yes, it’s explicit in Logopolis, a force that only psychomathematics can shunt into a box for safe keeping. But it’s present throughout the season. You’ve got it working on the Argolins in The Leisure Hive. Its perniciousness is what prompted the Logopolitans to create a CVE through which the Doctor and Romana fly in the third episode of the season. The “state of decay” they later find in E-Space. The collapse of the Warriors’ gate. The dying of the Keeper. The gobbling up of Traken. And, of course, the fall of the Doctor. The Arc of Entropy: death comes to us all.

Entropy is a state of decay. It is vampiric, sucking away order and producing chaos. But look what entropy actually produces in Season Eighteen—it’s not all doom and gloom. There’s still a circle. The Argolins are renewed. The Alzurians have their evolutionary circle. So too do the lion-men of the Gate. And, of course, there’s the resurrection of the Doctor, at the “Pharos” project, no less. So while entropy is a metaphor for death, it is trumped by the Eternal Return implicit in the structure of the show.

With all that in mind, let’s take a look at a similar thematic resonance that permeates Season Twenty, the first self-conscious “anniversary year” of the show. Because it’s fascinating. There’s more here than anniversary appearances and the nostalgic trotting out of old memories. But let’s get past the reverie of the past. When dipping into those memories, let’s bring them up from the deeps and look at them with free eyes, fresh feelings, that we might better understand Season Twenty’s “arc to infinity.”

Arc of Infinity
First up is Arc of Infinity, which is a telling phrase in of itself. I posit that the “arc of infinity” is in fact a descriptor of Season Twenty, insofar as the season’s “arc” is one oriented around themes of “infinity” in juxtaposition with “death.” There’s more than one kind of infinity, of course.
…

END_OF_DOCUMENT_TOKEN_TO_BE_REPLACED

Jack Grahamfiction, mad people, shakespeare, the doctor and felix, to be continued0

Following the stoically mute Karkus, Felix and the Doctor found themselves in a seemingly endless grey corridor.  It felt like miles of the same tiny patch of space, extruded into infinity.

“Why do we spend so much of our time in corridors?” asked Felix.

He didn’t pursue it.  Things had gotten quite socratic enough today already.

At the Doctor’s command, the Karkus had demanded admittance to the castle.  The great door had swung open for him, a grudging note in the creaking of its iron hinges.  The Doctor had wanted to have a few words with whatever jobsworth owned the voice from behind the door, but there was nobody there when she looked.

“Obviously such a minor character he never even got a physical description,” she said, “which explains the insecurity.”

Then she had turned to the Karkus and demanded that he tell her about the prison.  He had tried to deny knowledge, but so half-heartedly and guiltily that it was almost funny.  It took little more than a sigh of irritation from his new Mistress to make him crack.

“Lead us there,” the Doctor had commanded.

So the strange little band had made their way into the dark corridors of the castle.  They passed through a lazily-planned labyrinth, past cells in which razor sharp pendula depended menacingly over tables with shackles at each corner, past a courtyard in which a pair of feet stuck out from beneath a gigantic plumed helmet…

“How did you know he was involved in the prison?” Felix asked the Doctor.

“Just the sort of thing he’d be involved in… until the heroine turns up and makes him come over to the goodies.”

“Do these fictional people not have free will?” asked Felix.

“Well, that’s a tricky one,” said the Doctor.  “It could be argued we only have free will because all possible choices come true in some world or another.  Brigadiers and Brigade-Leaders, you know.”  (Felix didn’t, but he let it pass.)  “The people of the Land of Fiction have their variant iterations, just as we have ours.  But they also have creators.”

“So do we have a Creator,” said Felix.

“That’s debateable,” said the Doctor, “but I think a nice Catholic boy like you would want to say that our notional Creator gives us free will, yes?”

“That’s what the Church tells us,” said Felix.

“Is that an appeal to authority?” asked the Doctor.

“No,” said Felix, slightly stung, “I’m simply citing wisdom with which I happen to agree.”

“Well, in any case, the creators of fictional people definitely don’t allow them free will.  They make them do as they’re told.  They leave them no choice.  But then there are those variant iterations.  Re-interpreptations.  Reboots.  And then there’s fan-fic, of course. …

END_OF_DOCUMENT_TOKEN_TO_BE_REPLACED

Jack Grahameconomics, fiction, land of fiction, the doctor and felix, to be continued3

“I can’t think why you would want to spend so much time here Doctor,” said Felix, “it seems a very odd place to choose as a regular holiday destination.”

“I think it’s rather pleasant,” said the Doctor brightly, “especially since we cleared out the former management.”

“Oh, Drumlins Westmore tried to enclose this place a little while ago,” said the Doctor.

“Ha!  No, it’s a corporation.  The Drumlins Westmore Interplanetary News and Entertainment Media Group.  Or something like that.  There’s probably an Inc in there too somewhere.  They set up a department on one of their office worlds devoted entirely to fiction.  Hired loads of struggling wannabe authors.  Lured them in with promises of agents and publishing contracts and regular meals.”

“You mean they started publishing novels?  They created a sort of novel factory?”

“No, they didn’t publish anything.  They got the writers to spend all day writing stories featuring brilliant, dynamic, hyper-capable, unbeatable employees of the Drumlins Westmore Corporation.  Heroic corporate accountants and lawyers and lobbyists and marketing executives.   Capitalist atlases who never faltered in their noble determination to cure all of society’s ills by privatising everything… into the hands of Drumlins Westmore, naturally.  The writers took to it with depressing ease and speed.  As a rule, the more principled a writer, the quicker they accomodated themselves to the work.  You should’ve heard the byzantine self-justifications I had to listen to.  Anyway, the fictional Drumlins Westmore employees from the stories all appeared here as a matter of course.  And, also as a matter of course, they immediately set about taking over.  It worked too.  Effectively, Drumlins Westmore pulled off a hostile takeover of the Land of Fiction.”

“But that’s all over now?” asked Felix.

“Oh yes,” laughed the Doctor, grinning so widely Felix thought her head was about to split in two, “we couldn’t be having that sort of thing now could we?”

They walked and the Doctor expounded.

“It’s the people you meet here, you see.  That’s why I keep coming back.  That and a strange feeling I get… a feeling of coming home.  But in a good way.”

“It doesn’t seem entirely safe here,” said Felix, “even without those Drumlins and Westmore gentlemen.”

Felix looked around warily, as if expecting a corporate accountant or a marketing executive to leap out at him and attack.

He was still somewhat on edge after half an hour of hiding behind a rock from a platoon of huge robotic tripods.  He and the Doctor had spied them in the far distance.  The Doctor had insisted they duck out of sight, just in case.  Even so, she had leaned around the rocks and spied on the things with her telescope.  Felix had taken a turn.  Through the telescope he saw them, metallic tendrils flailing from the bulbous bodies suspended at the tops of their tall and jointed legs.  They were lumbering towards a far-off cluster of settlements connected by rivers, backed by gorges, and interspersed with farmland filled with grazing sheep.…