If We Don't Do Something Quickly (The Space Pirates)

It's March 8th, 1969. Peter Sarstedt is still at number one with "Where Do You Go To (My Lovely)," which I'm just now listening to, because apparently this is some grave flaw in my cultural upbringing. And... ummm... this is one of those you had to be there things, isn't it? Not that the rest of the charts are any better - Cilla Black, Dean Martin, Engelbert Humperdinck, Glen Campbell... we're not exactly dealing with pioneering music that advanced the art. I mean, all lovely stuff, and the Bee Gees and Marvin Gaye are nice touches, especially when "I Heard it Through the Grapevine" unseats Sarstedt. It's almost enough not to notice the UK's 1969 Eurovision entry in #2, Lulu's "Boom Bang-a-Bang." Almost. (And Lulu co-wins that year, I regret to inform you.)

While in real news, Apollo 9 returns safely to Earth. A small dustup in the colony of Anguilla results in British troops being quasi-peacably deployed there ...


It's January 25, 1969. Marmalade are still at number one with Ob-La-Di, Ob-La-Da, but after one week are overtaken by Fleetwood Mac, who are here seen in their early stage, i.e. not the one anyone recognizes as Fleetwood Mac, in that Christine McVie, Lindsey Buckingham, and Stevie Nicks were not yet in the band. From there it's The Move with Blackberry Way, a bleak and dour song from a band previously known for cheery psychedelia. Welcome to 1969. From there it's two weeks of Amen Corner's (If Paradise Is) Half as Nice, then, for the last week of this story, Peter Sarstedt's "Where Do You Go To (My Lovely)," which is apparently a big deal, but I confess I've never heard of the song.

In other news, Ian Paisley is arrested for political demonstrations in Ireland and jailed for three months, one of the more radical moments in his long political career, there’s some vandalism of art at the New York Metropolitan Museum of Art, Yasser Arafat is elected leader of the PLO, and, ironically ... 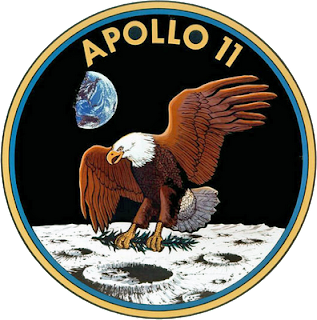 In the White Wolf roleplaying game Changeling: The Dreaming, the point in the 60s that is flagged as being the zenith of hope and dreams and beauty is the moon landing. I adore Changeling, and am actually writing this blog entry in between preparing to start running a new campaign of it, but really, what rubbish.
For one thing, as we've already seen, the idealistic aspects of 60s culture were inexorably tied to political liberalism, to an extent that Doctor Who, by embracing a psychedelic aesthetic, lodged a politically liberal approach at the heart of what it does. It is in no way the case that liberalism ended in 1968, but the fundamental shift described in this entry was that political liberalism shifted from being in the ascendency to being on the defensive.  Which means that the idea that any culminating event in the realm of hope and utopian ideology happening in 1969 is fundamentally ludicrous.

And indeed, the moon landing was no darling of the 1960s left-wing, with the usual refrain being some observation about throwing money away in space when there are so many problems here on Earth. Certainly nothing coming out of the Nixon administration had ...

A Mineral Slime (The Krotons)

It's December 28, 1968. The Scaffold still have number one with "Lilly the Pink," with The Foundations in number two with "Build Me Up Buttercup." Just that kind of week, I suppose. A week later Marmalade, the first Scottish group ever to hit #1, does so with a cover of the Beatles "Ob-La-Di Ob-La-Da." They proceed to trade back and forth with The Scaffold for the rest of the story.

Out of the charts, the first photos of the far side of the moon are taken by Apollo 8, Rupert Murdoch makes his entry into the British press by buying News of the World, The Troubles get more troublesome, and the Waverly Line is abandoned for good. So really, not a great month for Britain, with continued echoes of 1968 richoeting through the culture. Though again, as awful as Rupert Murdoch is, it's tough, in historical terms, to view his entry into the British press as anything other than a pale echo of Richard Nixon's re-entry into American politics. As I've ...

An Outrageous Amount of Running Involved (The Invasion)

It's November 2, 1968. Mary Hopkin is at number one with "Those Were The Days," with Joe Cocker in number two. He overtakes her one week later, and is in turn overtaken by the theme to The Good, The Bad, and The Ugly. It lasts until the last two weeks of this story, at which point "Lily the Pink" by The Scaffold, a comedy band featuring Paul McCartney's brother, takes over. Elsewhere in the top ten over these eight weeks one can find Jose Felicano's cover of "Light My Fire" and Hendrix's version of "All Along The Watchtower." Elsewhere in music, Elvis makes his comeback and the Beatles release the White Album.

In other news, Richard Nixon is elected President of the United States, bringing, in effect, all hope the left might have ever had over the 1960s to a crashing end, as we talked about last Friday. In more subtle news, Douglas Engelbert demos the NLS, or oN-Line System, in an event called the "mother of all demos." Although at the time known only to a small core of technical users, this is one ...

We're All Stories In The End (The Mind Robber)

It's September 14, 1968. In our traditional sign of some sort of restoration of order, The Beatles are at number one with Hey Jude. They are unseated two weeks later by a signing to their own record label, Mary Hopkin, a British folk singer, who holds the number one slot with "Those Were the Days" for the remainder of this story.

In news that doesn't sing, the Apollo missions get closer and closer to the moon with their first manned launch, Apollo 7. The merger between General Electric Company (no relation to the American company General Electric) and English Electric is the biggest merger in UK history. There's a lovely revolution in Panama. And, most significantly, in the one major bit of 1968 catastrophe to hit the UK, rioting breaks out following a civil rights march in Derry, leading to the twenty years of tension and terrorism between the UK and Ireland known as The Troubles.

While on television we have, thankfully, the exact story we needed after the grotesque train wreck that was ...

Why Are Earth People So Parochial (The Dominators)

It's August 10, 1968. Tommy James and the Shondells are at number one with "Mony Mony," but if we really want to capture the spirit of this one we need to look at number two, or just jump a week ahead to where it hits number one and look at Crazy World of Arthur Brown's "Fire," which dethrones Mr. James for a single week. From there on out, it's just the Beach Boys and the Bee Gees. So let's go back to Arthur Brown. Personally, I advocate taking three minutes out of your day and just watching Mr. Brown perform this song on Top of the Pops. But if you cannot spare the time to watch a man with a hat whose most visible feature is the fact that it is a pair of horns that are constantly on fire scream "I AM THE GOD OF HELLFIRE" on BBC One, well, I pity you. It's basically the greatest thing ever, and should really be recognized as the anthem of uniquely British psychedelic ... And that, I think, was the handle — that sense of inevitable victory over the forces of Old and Evil. Not in any mean or military sense; we didn't need that. Our energy would simply PREVAIL. There was no point in fighting — on our side or theirs. We had all the momentum; we were riding the crest of a high and beautiful wave... So now, less than five years later, you can go up on a steep hill in Las Vegas and look West, and with the right kind of eyes you can almost see the high-water mark — that place where the wave finally broke and rolled back. - Hunter S. Thompson, Fear and Loathing in Las Vegas

This may seem like a very obvious thing to point out to anybody with a remote skill in calendar-reading. But when you're immersing yourself in the raging heat of psychedelia and social justice, it's as easy in 2011 to forget that its sense of inevitability was a fragile illusion as it was in '68. As ever, reality stands ready to intrude.

However badly the Summer of Love ended, it was still a utopian moment, beautiful in its ...