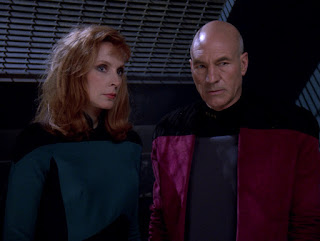 Could it ever have worked?

That's a question failed romances and failed engineering projects seem to get asked all the time. There's an allure to the counterfactual, the idea that had just a few things happened a bit differently, than all our lives would have ended up immeasurably better as a result. When confronted with a failure, or a perceived failure, it's perhaps only natural that we would pick through the rubble and self-reflect after the fact. Sometimes we say things like “it was doomed from the start”. Hindsight, of course, is always 20/20.

In reality, no endeavour is ever “doomed from the start”. At the outset, each project has just as much potential for success, or for failure, as any other. Technology must always start as a fiction, and every fiction is equally real. What governs the success or failure of a technology is whether its constituent human and nonhuman actors can work together to keep it alive throughout the process of reification. It requires a sustained loyalty and commitment from all given players, and this is what we mean when we talk of love. Because that kind of unyielding resolve only comes about through a kind of love, because we can only ever be that committed to things we love very deeply. Actors need to adapt and evolve as time goes on, and they have to care enough about their project to have the willingness to adapt alongside it. From an engineering perspective, the moment where something is post-facto declared a success or failure only comes about when the actors resonate together in such a way that the project becomes what can be considered a material, tangible reality.

But this is not necessarily a healthy approach to take when examining romantic relationships between human (or perhaps humanoid) actors. There's no bigger or better sign of an aimless, self-absorbed and self-indulgent man who's completely lost his way in life (and let's be honest, this is almost always a man) then the guy who randomly calls up his ex to ask if things could ever have worked out between them and if they ever had a chance at “really going the distance”. In real life, romantic relationships typically end for a good reason, usually that the people involved have either grown apart from each other (which happens way more than people are willing to admit) or they've slowly realised that they probably weren't a great match for each other to begin with.

So the question has to be asked. Could it ever have worked out for Captain Picard and Doctor Crusher? And the answer, quite simply, as far as I'm concerned, is no. Firstly, I still maintain there's too much of an age difference between Patrick Stewart and Gates McFadden, and thus their characters-Ten years is simply far too large a gap. That puts them, quite literally, in two different generations. And as much as Captain Picard may symbolically be linked to his younger crew instead of other people his age or older, there's still an unpleasant cultural precedent involved in pairings like this I feel Star Trek: The Next Generation should not be perpetuating. But it's considerably more complex than just simple dates of birth that are working against this ship: The biggest problem is that this romance plotline is a holdover from the Gene Roddenberry era and a handicap it took Doctor Crusher four years to break free of.

Beverly Crusher was literally created as a placeholder. Roddenberry created her for two reasons: To be a mother for Wesley and a love interest for Captain Picard (three, if you count the equally repellent “look sexy and walk like a stripper” directive that's incredibly in the series bible). You couldn't come up with a more offensively stock, rote and stereotypical female character if you sat down and deliberately tried to string together as many jaw-droppingly offensive hack writing pulp clichés as you could. Both Wesley and the romance angle were balls-and-chains that hampered Doctor Crusher from coming into her own character, and it's taken Gates McFadden a good chunk of the series (including rebounding from being fired. For being a feminist) to shed these trappings and heroically fight to make her character her own. At least she no longer has to worry about Wesley, but this lingering business with Captain Picard risks chaining her up all over again.

And this would be bad for Captain Picard too. Over the course of rewatching the series this time, I've come to the conclusion that Captain Picard is way more interesting if you read him as asexual and aromantic. I've always sort of entertained the notion that he might be, but I'm convinced now. To me it just fits with so much that's established about his character and personality: Though not antisocial, he doesn't always go out of his way to be the centre of attention, is primarily interested in his academic pursuits and has stated on numerous occasions that he's “not a family man” and isn't at all the sort who would enjoy settling down in a committed relationship and raising children (although, as we know from “The Inner Light”, it's not that he looks down at that lifestyle in the slightest-Indeed, he has the utmost respect for it, it's just not for him). And call me weird, but I can also see it in the way other characters seem to view him, namely Data, Deanna Troi, Guinan and Tasha Yar,

And you know what, the show deserves credit for saying “Actually, no. This isn't a good direction to take either one of these characters anymore”. It's handled in a reasonably elegant manner to boot-While I'd prefer if this angle had been just dropped completely and never mentioned again, the show actually tries to get a story out of it and ends up at the decently utopian message that people's feelings for one another can change over time because we're always growing and can't be expected to stay in the same place in life forever. Sure, it's effectively the same message as the backstory to Will Riker and Deanna Troi's relationship (yet another reason why the Captain Picard/Doctor Crusher one is pointless and unnecessary), but it works here well enough. Again, I'm just not terribly invested in the couple such that I would have gotten the sort of closure that this episode was clearly written with the intent to give to a certain kind of fan.

So while “Attached” is certainly not an episode I'm terribly fond of or that I would enjoy watching for fun, I have to respect it for demonstrating Star Trek: The Next Generation's willingness to adapt to changing realities.
Share on Twitter Share on Facebook

On the question of the age difference... is there not a case for saying that the problem with disparities in age between partners is essentially a problem of *our* world, i.e. patriarchy, and that a utopian approach might be to posit a society where romantic and sexual relationships between people of differing ages are not problematic because the fundamental inequalities of power that cause the problems have been removed? The way to do it might be to go further than Trek ever has and portray such relationships (always between *adults* of course) as commonplace, and just as likely between older women and younger men as the other way round, and as part of a generally more fluid socio-sexual praxis? I don't necessarily put that forward as a statement of *my* opinion, but as a question.

I don't see how. Relationships require skill to navigate, and hence an experience imbalance is necessarily also a power imbalance. Age isn't the same thing as experience, of course, but they track together pretty well.

The biggest problem is that this is never relevant because Star Trek *never does* showcase romantic relationships between older women and younger men, unless you count Jadzia Dax. Gene Roddenberry's idea of a sexual utopia is one where middle-aged men are considered sexual dynamos by 20-30 year old women because "age no longer matters."

I don't see how "He's older therefore more experienced therefore insurmountable power imbalance" makes any sense at all. "Experience" isn't a scalar; this isn't a JRPG (Though now I've got this crazy image of a Final Fantasy game where they discourage grinding by preventing the hero from getting the girl if his XP is more than 20% higher than hers). He's got more experience at being alive and at being the captain of a starship, but his experience wouldn't count for shit if the thing they were doing were, say, surgery. If you accept Josh's thesis that Picard is asexual (Or, say, Diamanda Hagan's more radical thesis that he's a eunuch), in terms of a romantic relationship, she's obviously the more experienced one (Probably true even if you don't accept it).

(Also just throwing in here that the age gap is even greater if you go by the demicanonical character bios, since Picard is something like 10 years older than Stewart)

Furthermore, the squicky relationship dynamic being referenced is one in which significantly older men, usually of means, date women are just barely adults. But McFadden and Stewart are both middle aged professionals and peers, a woman in her 40s and a man in his 50s. That's hardly akin to the age gap between Anthony Quinn and his last wife. A ten year age gap is not remotely a big deal at that point.

Otherwise, I agree with this: "people's feelings for one another can change over time because we're always growing and can't be expected to stay in the same place in life forever." That's a very mature realization that a lot of narratives cast aside in favor of shipping (I despise shipping). Unfortunately, the last TNG film and the TNG novels ignored seven years of character development and paired everyone up.