Shabcast 17 – It’s So Stimulating Being Your Hat 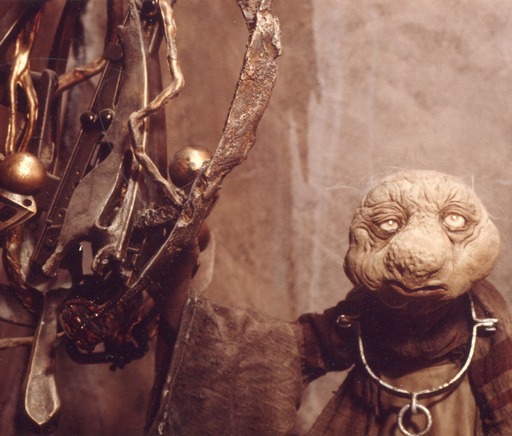 As promised, hot on the heels of Shabcast 16, here’s Shabcast 17 … hopefully making up for our regrettably Shabcast-free February.

As also promised, this episode festures special guest Shana Wolstein of the Oi! Spaceman podcast.  Oi! Spaceman is the best Doctor Who podcast I’m not directly financially linked to… though I am the podcast’s official boyfriend (which is not something I ever expected to say).

Back on the subject of Shabcasts, this episode is plenty-minutes of Shana and I chatting about two of her favourite films (and mine) the 80s Jim Henson fantasy masterpieces The Dark Crystal and Labyrinth.

Also, if you didn’t catch it, remember to check out Shabcast 16 from last week, in which Kevin Burns (of Pex Lives) and I spend plenty-minutes attacking The Matrix trilogy… amusingly, I hope.

On that subject: I now slightly regret the timing of that last Shabcast, for obvious reasons.  But I hope it’s obvious that disliking some of Lilly Wachowski’s films doesn’t mean Kevin or I have anything but best wishes for her personally.

Podlings of the world, unite!

Jack Graham wrote about Doctor Who and Marxism, often at the same time. These days he co-hosts the I Don't Speak German podcast with Daniel Harper.Support Jack on Patreon.
Comics Reviews (March 9th, 2016) “What is it that does not cease when the vision ends?”: Second Sight