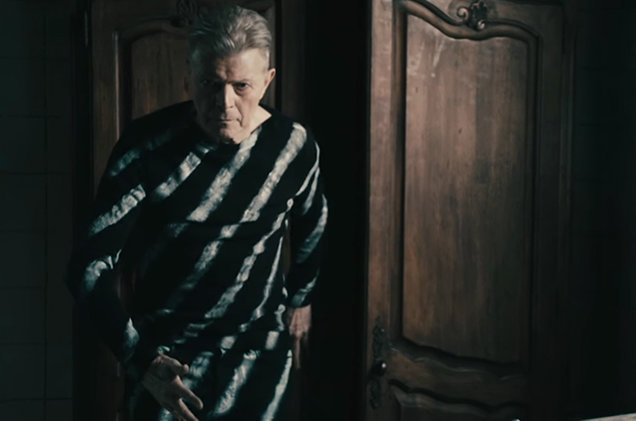 I’m joined by Chris O’Leary of Pushing Ahead of the Dame for a podcast on the obvious topic, as well as several others. We start by talking about Chris’s nearly-finished exploration of David Bowie’s entire discography (well, actually we start off-topic about Miracleman), move on to how Bowie designed his own death as a pop event, give Kieron Gillen credit for inspiring David Bowie’s cancer, and finish with discussions of a strange and motley assortment of Bowie albums both obvious and stranger. All in all, as I joked with Chris after, an hour of discussion containing absolutely no sentiments you’d find in a Guardian think piece about Bowie.

Chris’s book, Rebel Rebel, is out of stock at Amazon here. …

END_OF_DOCUMENT_TOKEN_TO_BE_REPLACED

First of all, let me say I am without question the least qualified person in the world to be talking about David Bowie. I’m as familiar with him and his career as the next person I suppose, but I certainly wouldn’t consider myself any kind of expert. There are people who have spent their entire lives following David Bowie and to whom his music is as formative and important as, well, Star Trek is to me I guess.

That said there’s simply no getting out of writing about “Space Oddity”. It’s an irreducible part of the cultural zeitgeist of mid-to-late 1969 and having it released not a month after the original Star Trek was canceled (for real this time) is about as revealing as it’s possible for an amateur scholar of media history to hope for. However, I’m also not going to pretend I have anything remotely resembling original insight to offer about something this iconic: I’ll just link you to this piece by Chris O’Leary out of Pushing Ahead of the Dame, which is pretty much the definitive take on “Space Oddity”, and just humbly ask for your patience as I toss out some random assorted thoughts about what this all might have to do with Star Trek and the state of science fiction at the end of the 1960s.

While “Space Oddity” has been rightfully read to be about a lot of different things, one of the most reoccurring motifs I notice in the song is, essentially, Bowie eulogizing the Space Age. Far from the Golden Age archetype of the bold, heroic space explorer, Major Tom is a soft-spoken, reserved fellow and his spaceflight is a gigantic publicity spectacle: It feels like the events of the song are being broadcast on national radio, and Ground Control even straight-up asks him what brand of shirts he’s wearing so they can squeeze an advertisement into the live coverage. This would of course tie into the general countercultural belief at the time that the Apollo programme (don’t forget Apollo 11 touched down that same summer) was in truth a giant PR stunt for the US government instead of an actual scientific expedition (which, sadly, sort of turned out to be the case).

And, although I’m not keen to draw direct causal links between the Apollo missions and the change in science fiction (or Star Trek, for that matter) there was a cultural shift that this speaks to. Whatever Apollo 11 actually was, one thing it proved pretty decisively is that when it came to outer space, science fact didn’t really look like science fiction. Whether or not you think it’s a problem for Star Trek that the Apollo missions proved the Moon was essentially a hunk of rock and dust (which I don’t think it is: To me the Moon has always remained a beautifully stark, hauntingly evocative alien landscape: With the exception of the mushroom bit, Georges Méliès largely got it right, though Hergé was closer) the fact the space mission itself was troublingly bound up in Cold War politics, capitalist pandering and militaristic bicep flexing surely would be-It’s hard to keep your sense of wonder about the universe with all that going on, especially when you and your friends are being relentlessly persecuted by the very people asking you to love NASA and the astronauts.…