The Spectacle of the American Ritual Cycle 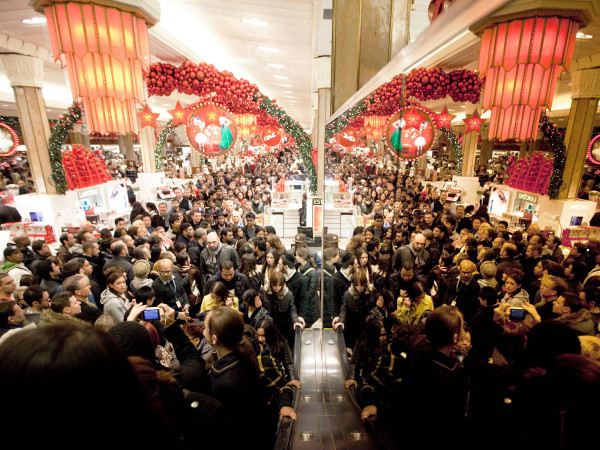 “…the existence of a conventional order is contingent upon its acceptance; in fact a rule or understanding cannot be said to be a convention unless it is accepted. In ritual, however, acceptance and existence entail each other, for a liturgical order is perforce accepted in its realization, in, that is to say, the performance which gives it substance. Since obligation is entailed by acceptance, and the breaking of obligation is per se immoral, the existence, acceptance and morality of conventions are joined together indissoluably in rituals; they are, in fact, virtually on and the same.” — Roy Rappaport, Ritual and Religion in the Making of Humanity

“When a more complex society finally becomes conscious of time, it tries to negate it, for it views time not as something that passes, but as something that returns. This static type of society organizes time in a cyclical manner, in accordance with its own direct experience of nature.” — Guy Debord, The Society of the Spectacle

I was already thinking about an essay on the US ritual cycle, what with our recent Thanksgiving holiday and all. Then I got Guy Debord’s Society of the Spectacle for Black Friday (thanks, Phil!) and a mythological story of cyclical time from Doctor Who on Saturday. So, yeah, time to get this one out here.

With Spectacle and Doctor Who already posted or written about here at Eruditorum Press, I will start with ritual. My favorite definition of ritual comes from the late Roy Rappaport, who put it as “the performance of more or less invariant sequences of formal acts and utterances not entirely encoded by the performers,” with the “entirely” being a late addition. It encompasses both secular and religious practice; today we’ll be concerned primarily with the former. Anyways, what’s notable about ritual is that it is performed, not just spectated; and it is cyclical, even when it varies wildly—not only does it transmit certain information about the larger social system in which it occurs, it orders and structures that very system. It also, in so doing, inherently creates a number of dialectics.

But it’s the distinction of performativity that distinguishes ritual from spectacle. Spectacle is a one-way transmission. Ritual, on the other hand, is self-indexical. For the participants aren’t just recipients of messages, they are also the transmitters, and indeed the message themselves. And because of this, the intersection of ritual and spectacle, kind of like a genre-competition, yields some very interesting results.

With all this in mind, let’s start with America’s “spring rituals” and work our way to the end of the year, which is where (when) we’re at here at the beginning of December.

“Consciousness of desire and desire for consciousness are the same project, the project that in its negative form seeks the abolition of classes and thus the workers’ direct possession of every aspect of their activity. The opposite of this project is the society of the spectacle, where the commodity contemplates itself in a world of its own making.”