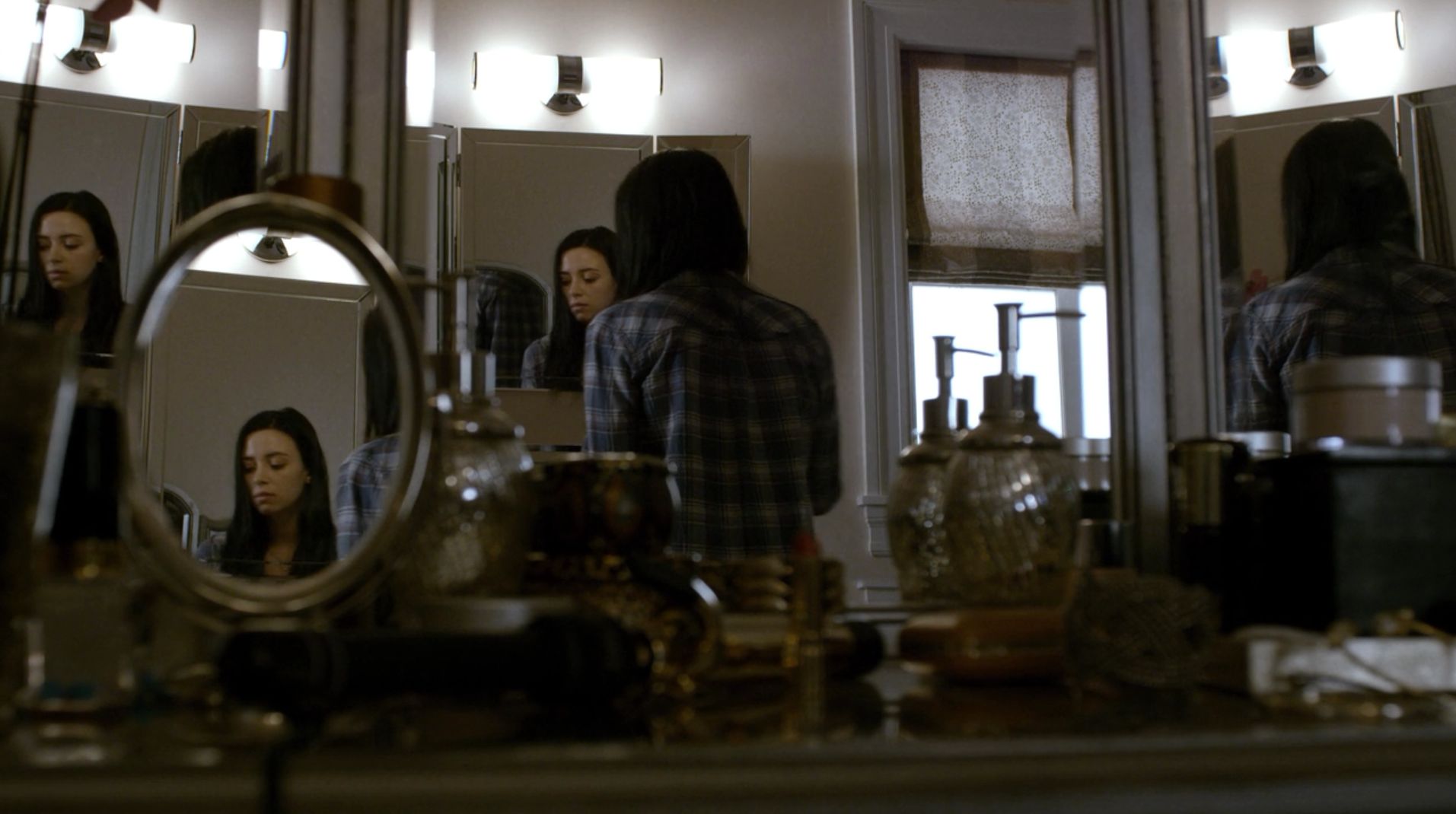 I could probably add more to the list. A spoiler alert is warranted, but painfully banal. No, this isn’t an easy essay to write. But maybe it’s time, time to at least start a conversation about all the myriad ways that our lives are enmeshed in systems of control and abuse, in desperately inequitable power relations. And what that really fucking means.

Because that’s what Jessica Jones is ultimately all about. Now, to be plain, I highly recommend this show. It’s one of the most strikingly feminist works of art around, and it’s certainly the most feminist work in the Marvel Cinematic Universe. The wonderful diversity of the cast and roles, the plethora of female interactions, and the subversion of certain hyper-masculine tropes, this is all window dressing. It’s credentials. They’re not perfect, but they’re still excellent. That out of the way, let’s get to the nitty gritty. At its core, Jessica Jones metaphorically examines the dynamics of controlling relationships, primarily personal relationships. Which is just a starting point of the conversation, a way to contextualize issues of control that permeate all facets of “modern” life. And that isn’t an easy conversation to have. It’s a depressing and complex conversation to have.

At the center we have Jessica, a woman with superpowered strength, pitted against a serial rapist whose superpower is mind control, an ultimate Ubermensh. She kills him. Very satisfying. How she gets there, though, is more the point. She is, in herself, a very interesting character. Jessica Jones is a private investigator firmly in the mold of the noir anti-hero, which extends not just to her character traits (hard-drinking, tough-speaking, sarcastic, cynical, wears a lot of black) but to the discourse of the show around her – be it certain grimy set designs, stark lighting, moody music, voice-over narration, what have you. Now sure, the noir anti-hero isn’t anything new, but it’s still an awful lot of fun to see Krysten Ritter playing the part. Especially because anytime we get a woman playing a stereotypically “male” role it helps to undercut the claim to masculinity of such roles. Just her presence helps to untangle the tropes of “anti-hero” from an aspect of masculinity to a response against systems and people of power and control.

Her superpower certainly plays into the tropes of hypermasculinity. She’s super-strong. Brute strength. Lethal. Interestingly, though, it’s a power borne of trauma. Sure, it’s handwaved away as an intervention on the part of a mysterious corporation (more on this later), but narratively speaking the birth of Jessica’s power is rooted in the loss of her family and ending up in a new family environment defined by a controlling mother. Brute strength, we should note, is a significant tactic of rapists, not to mention certain social institutions. It’s also the primary tactic of rebellion. But the problem that rebels face is that exercising brute strength alone will never suffice against entrenched systems of power; they are better armed, they have more resources, and the deck is stacked against you.…