Zelda II The Adventure of Link

Forest of IllusionsHyrule Haeresis, The Legend of Zelda, Zelda II The Adventure of Link6 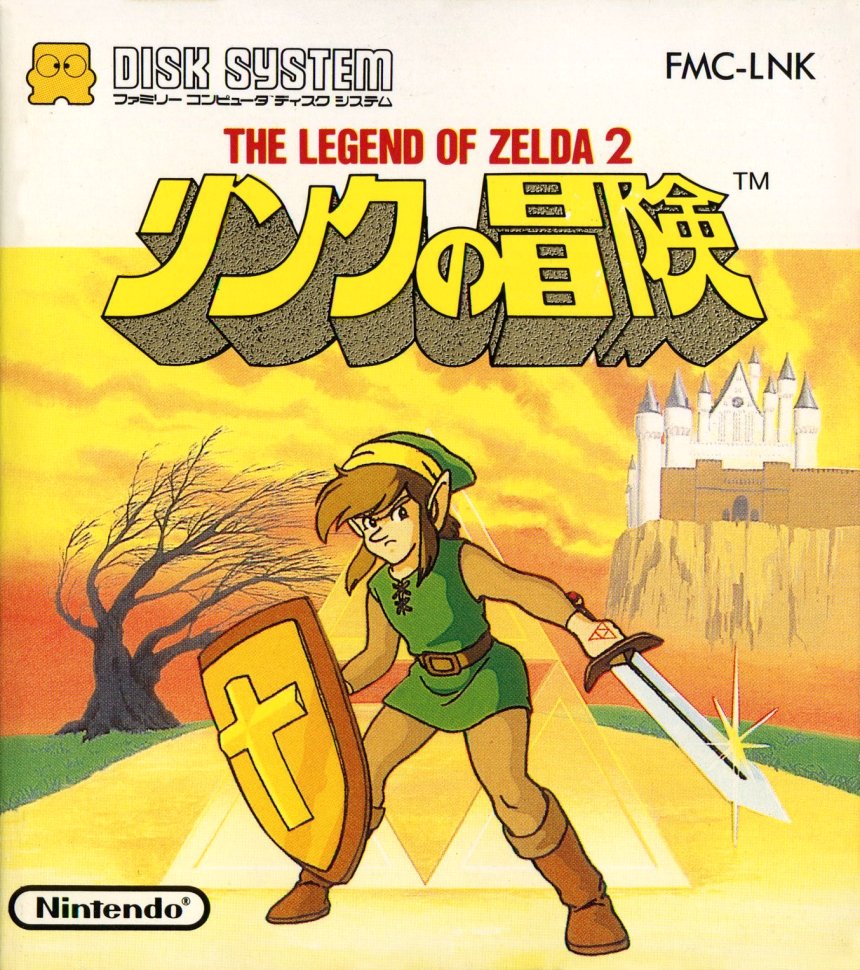 Video game sequels are a different beast than sequels in other mediums. In video games, a sequel is typically expected to improve upon its predecessor because video games are intensely technical. Since a game is thought of at least partly as a feat of software engineering, sequels are approached as a honing, refining and improvement of the original as much as they are a thematic and aesthetic continuation of them. In other words, we should think of video game sequels as new and improved models as much as the next chapter of a story, if not more so. On the other hand, the nature of a sequel demands in any medium of genre demands narrative escalation.
Zelda II: The Adventure of Link is a classic example of this duality. In an attempt to avoid repetition and falling into a rut, Shigeru Miiyamoto set out to create a game that was fundamentally different from Zelda no Densetsu and even brought together an entirely new development team in an attempt to push his designers creatively. From a mechanical standpoint, Zelda II: The Adventure of Link seems to be doing everything in its power to be as different as possible from Zelda no Densetsu: The original game used a top-down perspective akin to traditional RPGS, while this game is primarily a sidescroller, more similar to the Castelvania/Akumajō Dracula series. The game only takes an overhead perspective when traversing the overworld to move from location to location, during which points it more closely resembles the style of the contemporaneous Final Fantasy than it does Zelda no Densetsu.
Like many video game sequels of its vintage, including the following year’s Final Fantasy II and US version of Super Mario Bros. 2, Zelda II: The Adventure of Link is indicative of a creative culture defined by a sense of playful experimentation where anything can be anything. That “Zelda 2” is so different from “Zelda 1” is irrelevant, because in 1987 no-one knew what “Zelda” was “supposed” to be. It wouldn’t be until the turn of the console generation where the belief started to ossify that sequels would be technically and mechanically identical to their predecessors, except “better”. And yet the problem remains. A sequel demands narrative escalation.
We are told Hyrule is in chaos. Roving bands of monsters wreak havoc across the land. Apparently the defeat of Ganon, central to the plot of the last game and to the Legend of Zelda itself, wasn’t enough to save the world. Lucky for us Link bears a sacred birthmark indicating that he is to inherit the Triforce of Courage, one third of a mystical artefact that united the kingdom of Hyrule under one banner in olden times and a key to a prophecy involving Hyrule’s royal family. After the death of the king, a magician fought with his son the prince and placed a spell on the prince’s sister, Princess Zelda, that cast her into an eternal sleep. With her went the secret to reforging the Triforce, bringing war and strife back to the kingdom.
…