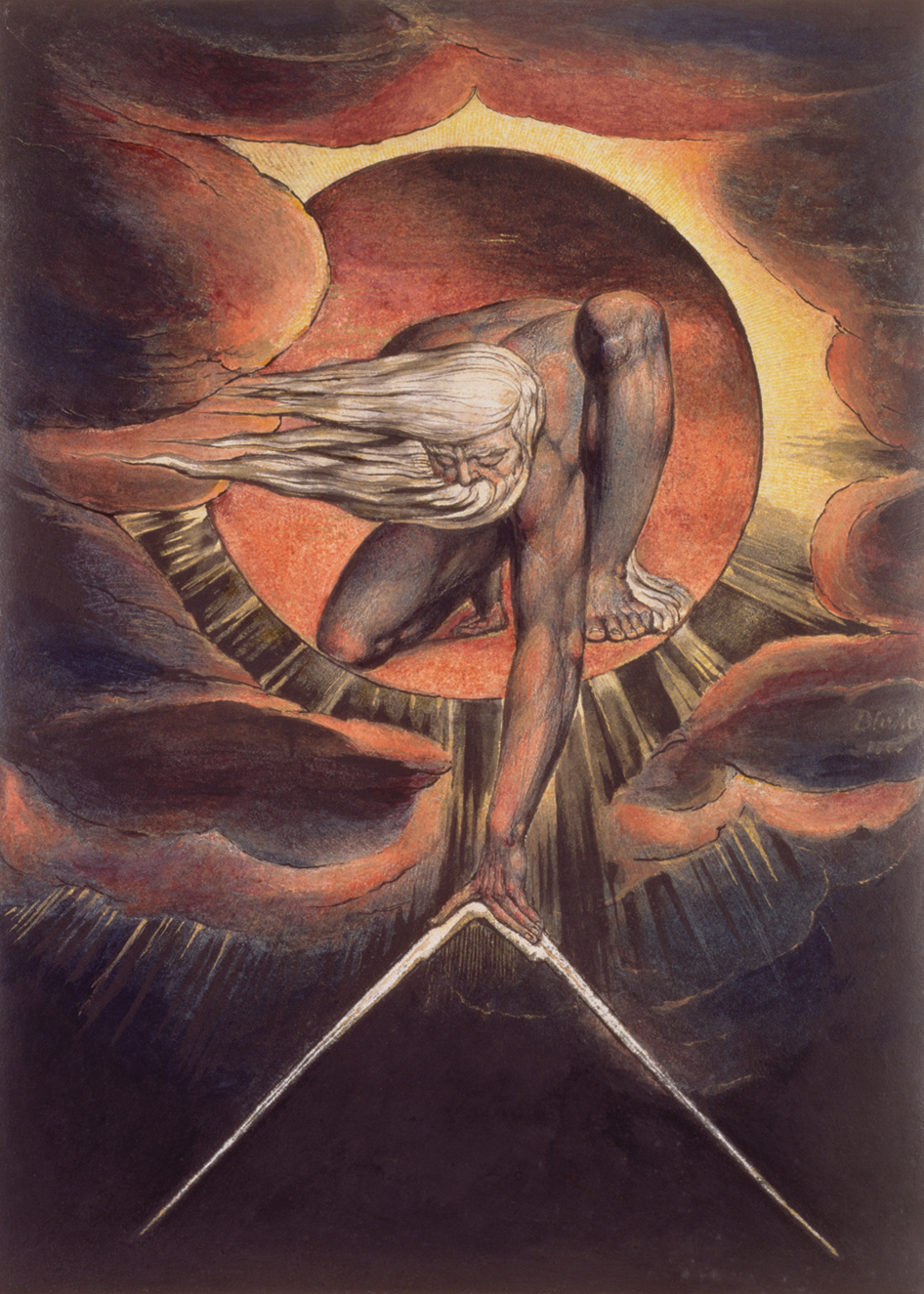 For anyone not aware, Siskind is the blogger behind Slate Star Codex and whatever the hell he’s calling his Substack these days. He’s a major figure in the LessWrong diaspora—a post-Yudkowsky “rationalist” whose work was just the subject of an extremely anodyne and diffident New York Times profile that his defenders decried as a hit piece because it mentioned the fact that he’s rather more receptive to neo-nazi rhetoric about “the science of race” than one might expect a ...

Revolution of the Daleks Review

This review was brought to you by 106 patrons over at Chrisine's Patreon. Thank you to everyone who helped my daughter through a long, difficult, and ultimately transformative year. I'm real proud of her.

The nice thing about the festering debacle that was The Timeless Children immediately followed by the *entire rest of 2020* is that it finally lowers your standards enough to appreciate Chibnall. Was this good? Absolutely not. Did I care anymore? Also no. So, you know. Detente. It was, at the very least, not actively, malignantly bad. It was instead just sort of inoffensively there. An entirely adequate piece of Doctor Who. Given that even Davies and Moffat failed to achieve that about half the time on their Christmas specials, this has to be taken as some sort of result.

For the most part, what we have here is Chibnall’s worst instincts being overcome by sheer volume. At the end of the day a double companion departure, two returning villains, and Captain Jack is simply enough stuff that as long as you don’t do something like have the Doctor stand still for half an episode while the villain explains the plot to her you can ...

Posted by: Elizabeth Sandifer 2 months ago

Hello and happy "Oh thank God the recycling people are finally coming to get rid of all these boxes" day. Sorry I didn't get this up sooner, but here is the traditional post-Christmas ebook sale.

Our headline item is Volume 1 of The Last War in Albion for a mere 99 cents. I'll be starting work on Last War in Albion Volume 3 as soon as this year goes into the rear view mirror, so it's the perfect time to catch up. Volume 2 remains in blog form in omnibus chapter-long editions that are also extra easy to read. Volume 3 will start work on my Patreon on January 1st. But the massively oversized Volume 1, featuring the early career works of Alan Moore and Grant Morrison, is yours for 99 cents.

We've also got a sale on all volumes of TARDIS Eruditorum, including a small sale on the only just released Volume 7. Those increase in price as you go through the series as follows:

Penn and I finished a second comic! Here it is, in all its very silly glory. Clicking to expand images works. If you'd like to read artists notes, they're up at Penn's site (where the comic is also frankly in a better for reading version), and I have writers notes up at Patreon.

Think this is it for me this year. I'll see you all in January for Doctor Who discourse, which I'm sure you're all terribly excited for. And it shouldn't be too far into 2021 that Last War in Albion starts up again here. 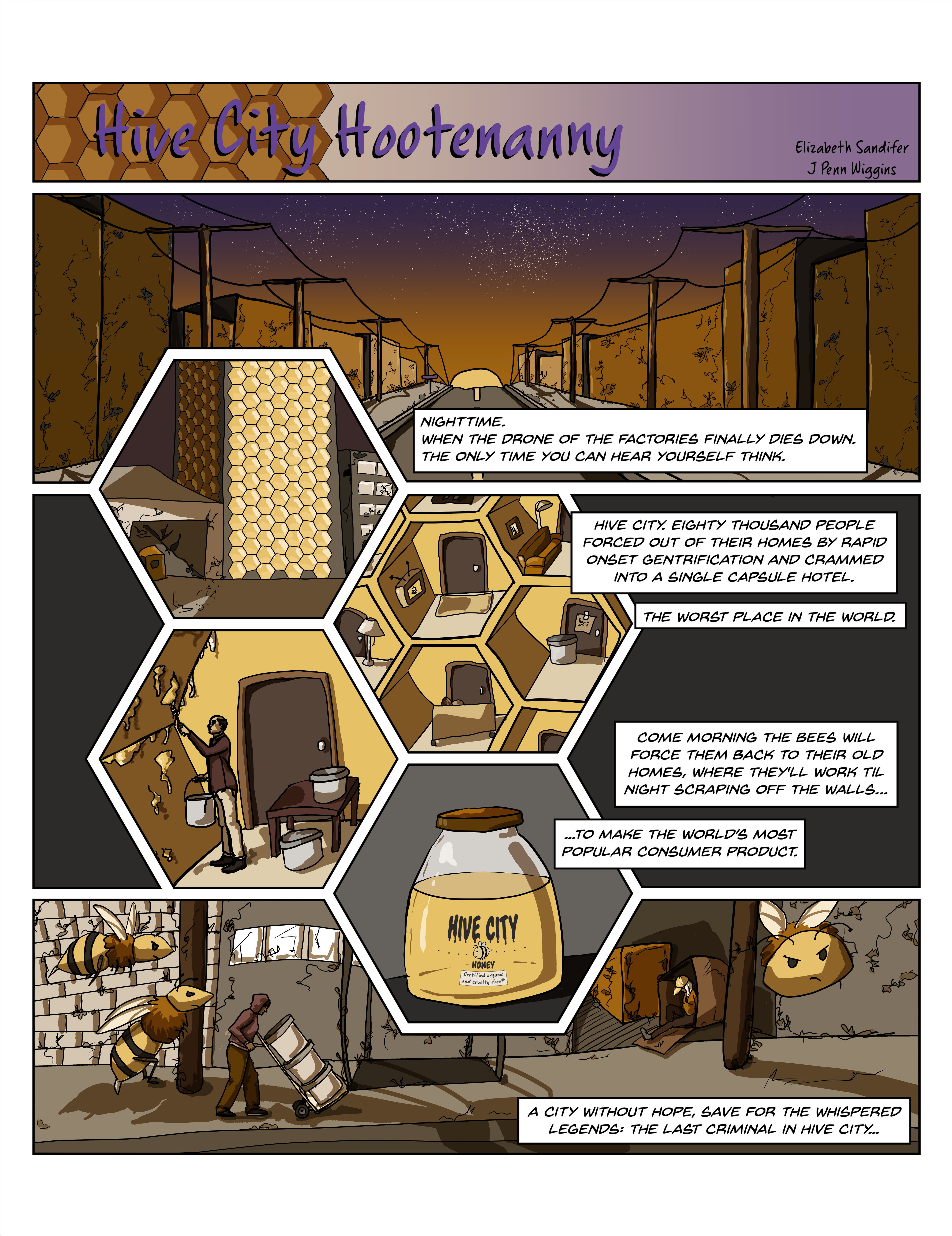 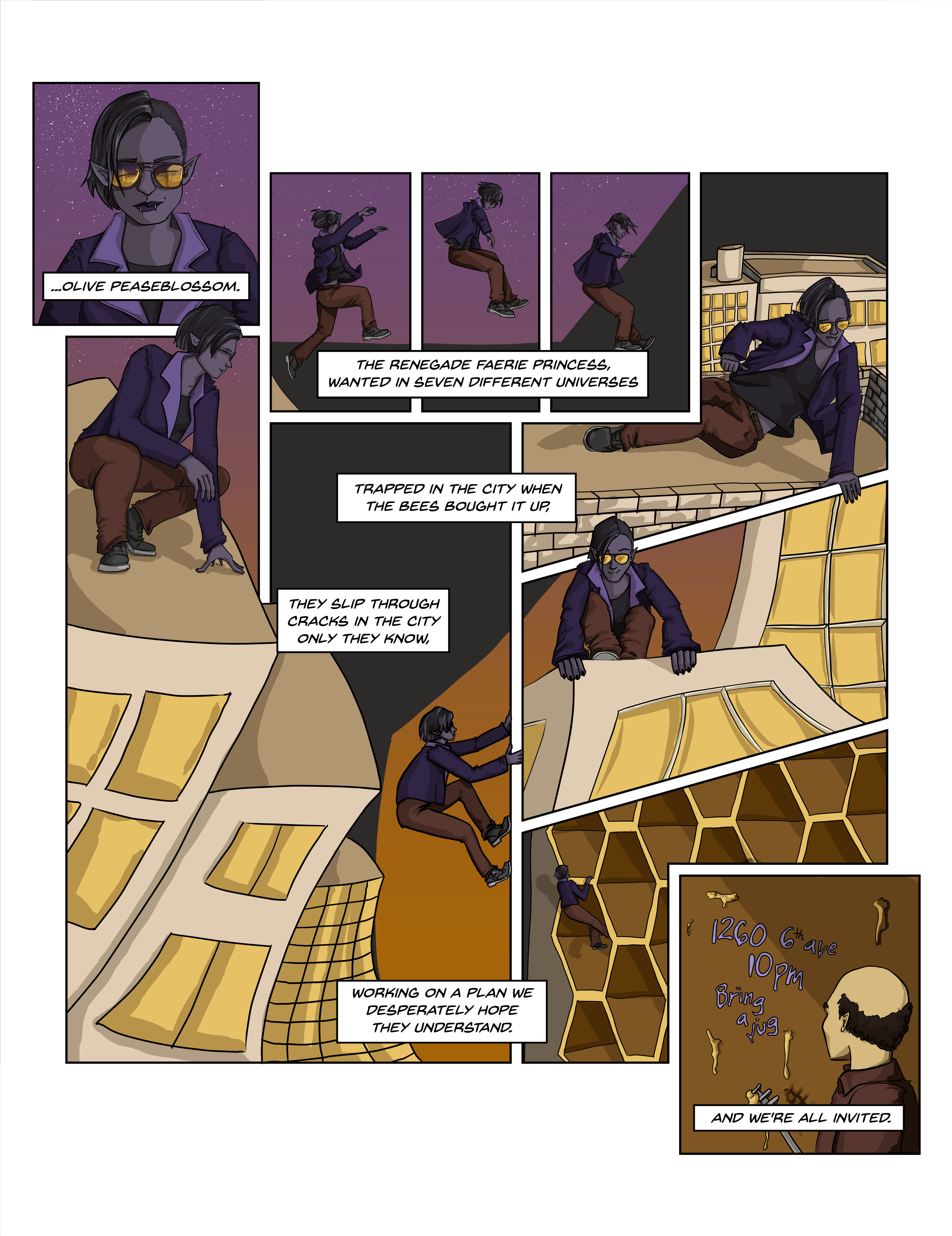 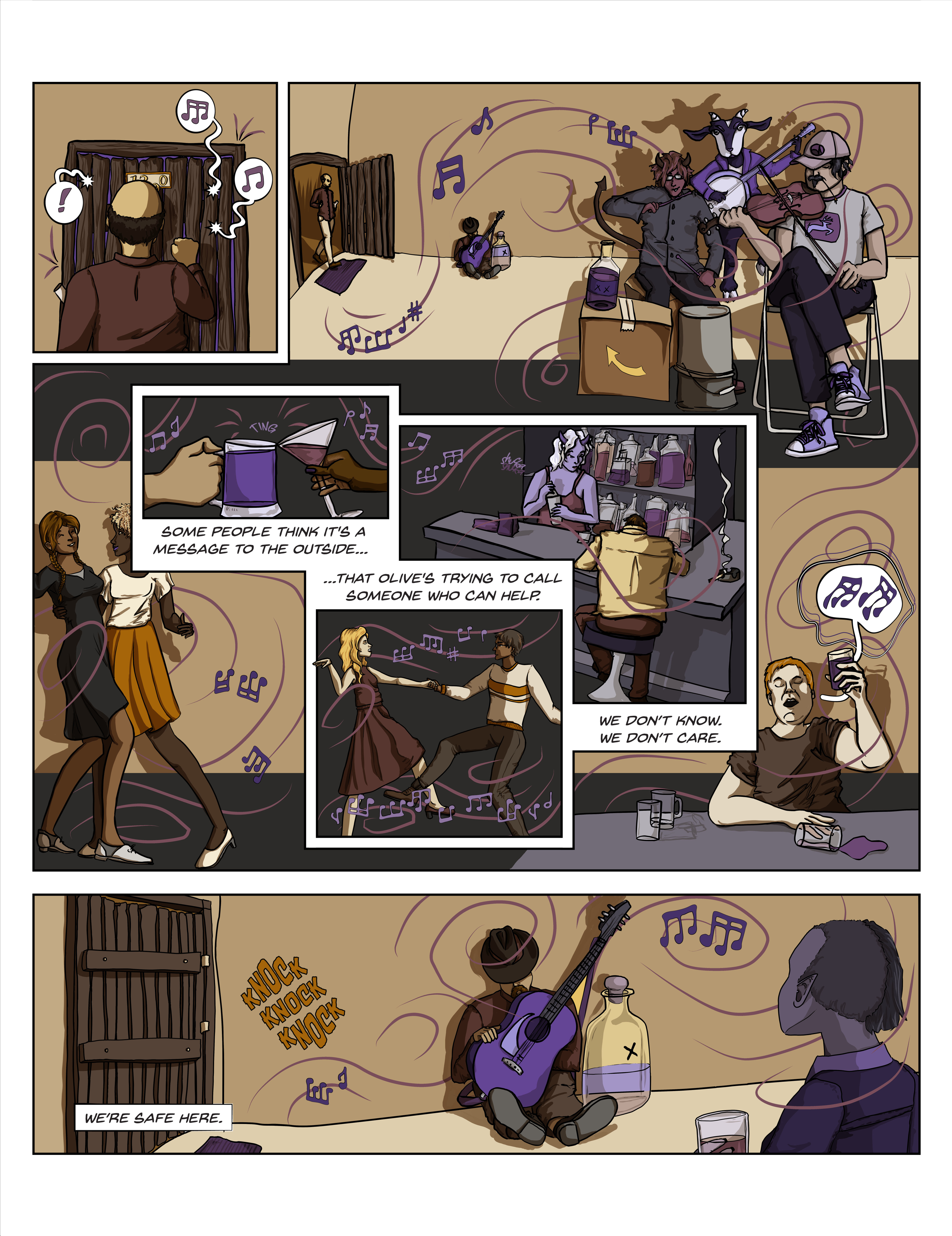 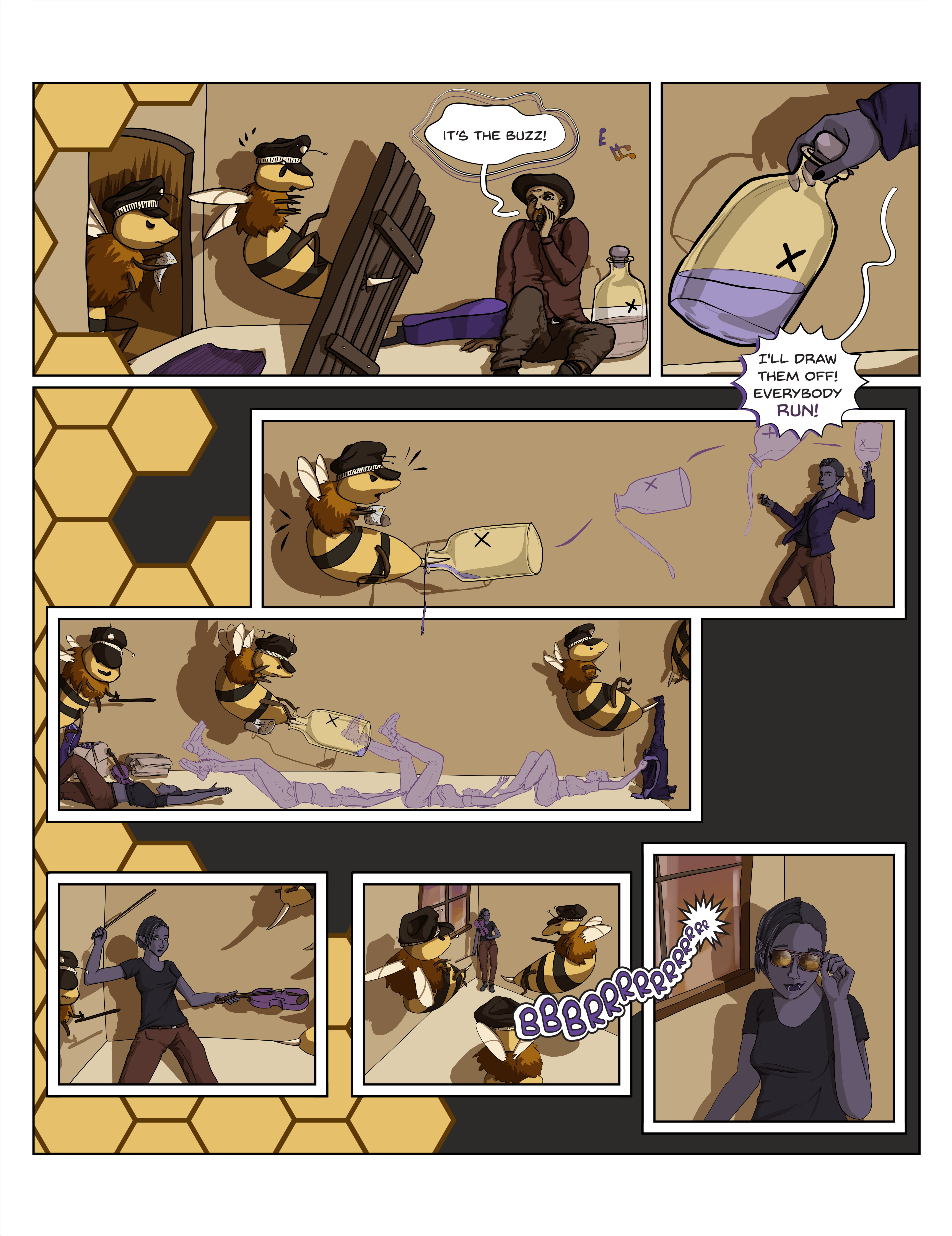 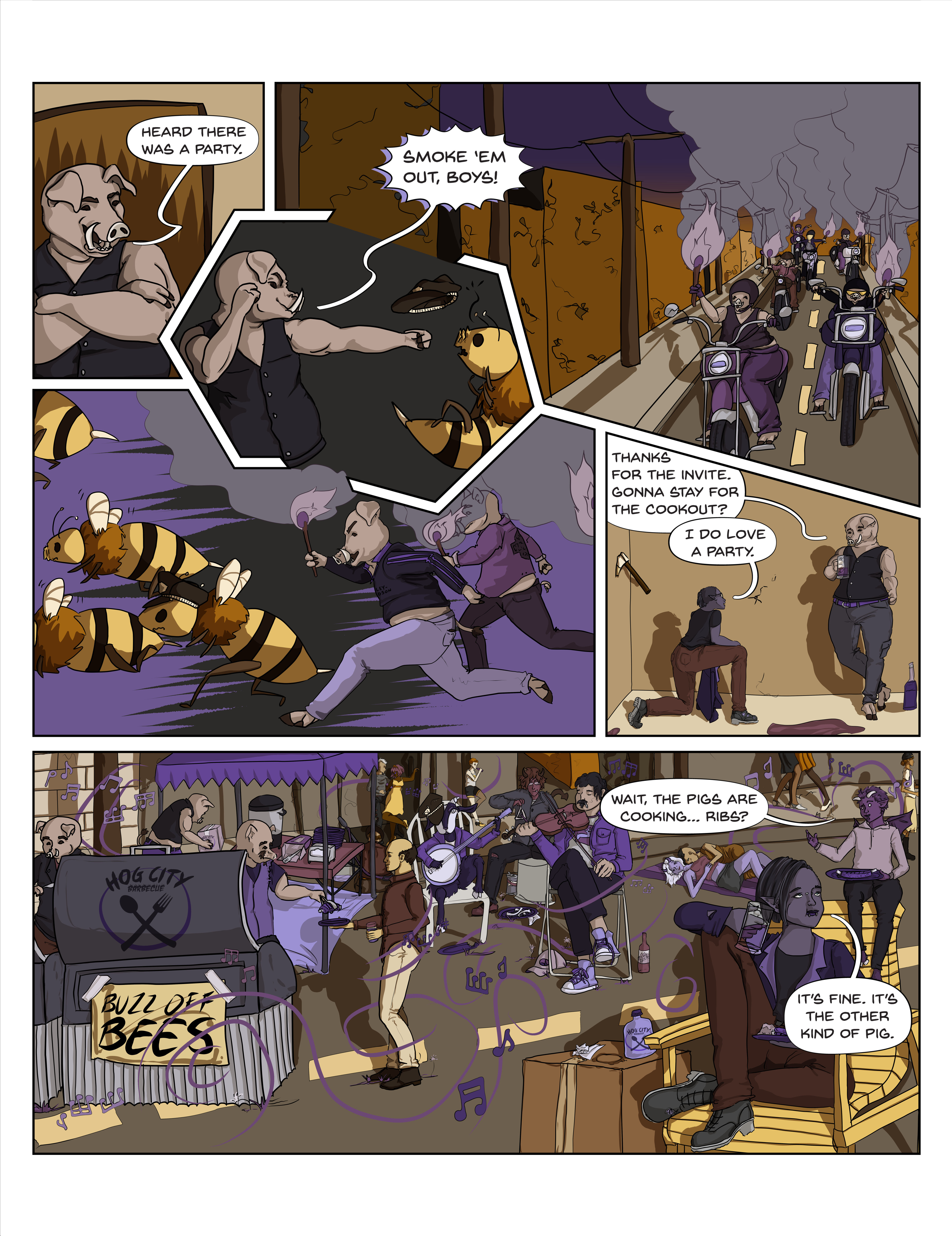 We Will Reach The Promised Land: Liberal Science Fiction at the Fall of Democracy 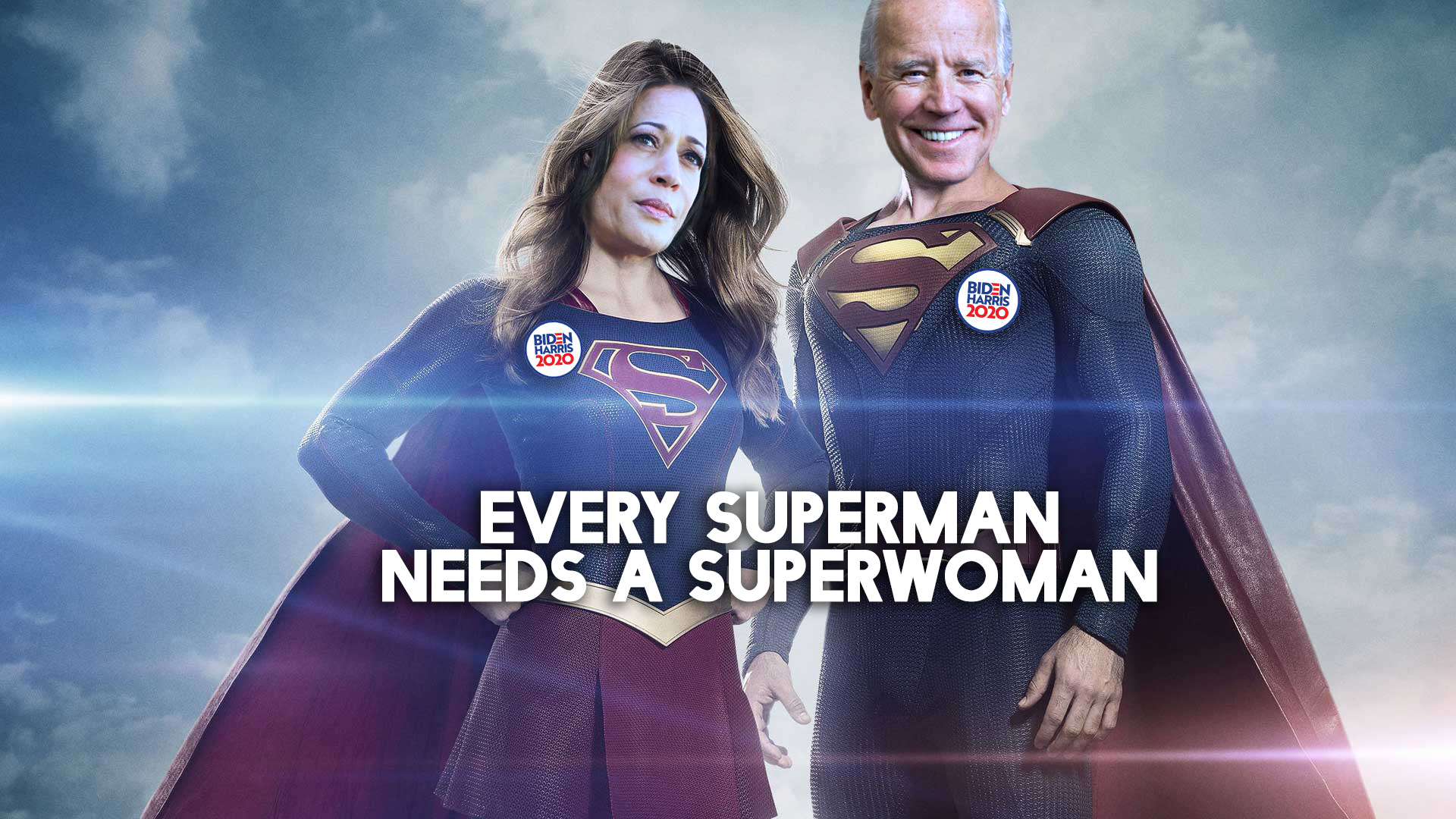 There isn’t any promised land. This is just… it’s a superstition that you have picked up from all the humanity you’ve stuffed inside yourself. - Doctor Who, “Deep Breath”

I’ve been on a weird media kick for the past month. It started with that HBO Max West Wing reunion, which sparked a nostalgia for a show whose impeccable craft of writing is matched only by its absolutely dire sense of politics. That led to rewatching some favorite episodes in the lead-up to the election, a carefully tailored medial junk food to wash out the obvious taste. Then, in the wake of the election, as Donald Trump’s idiot coup meandered onwards, I found myself reading Obama’s memoir, A Promised Land. And around that time Season 4 of The Crown dropped, which Jill and I watch, so obviously I sat down with that, and by the time it had roughly caught up with Earthshock I’d well and truly fallen down a very strange rabbit hole of ritually fetishized liberalism.

Consider this essay my climb back up.

Let’s start with The West Wing, which has aged more strangely than any other critically acclaimed TV show I can think of. On the one hand ... 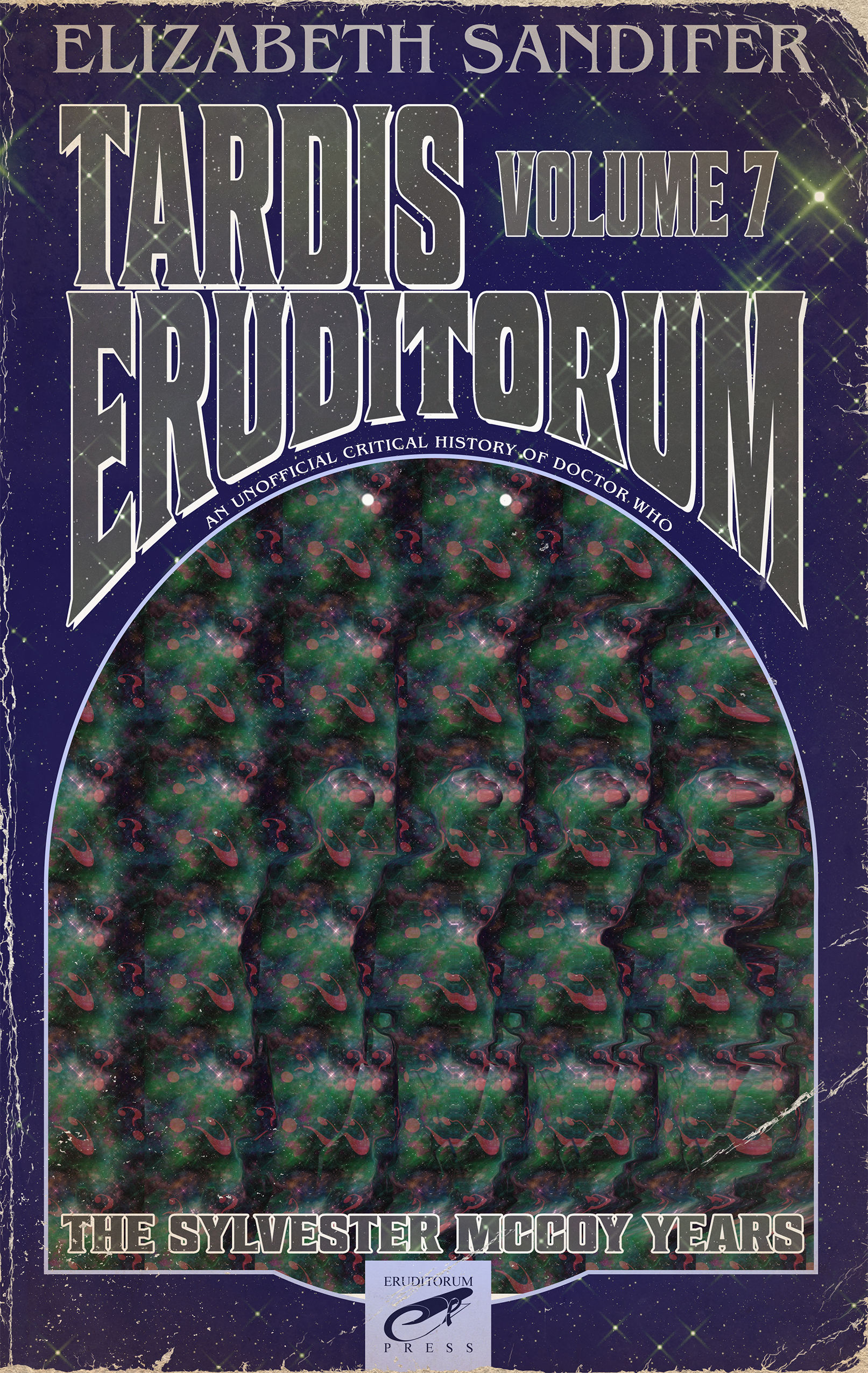 After quite a lot of delay, Eruditorum Press is proud to announce the release of TARDIS Eruditorum Volume 7: Sylvester McCoy. Adapted from a blog about Doctor Who I imagine you've heard of, this is the revised version of my essays on the final years of the original television show and the first phase of the Wilderness Years, the Virgin New Adventures. Over 600 pages it covers every televised Sylvester McCoy episode and the highlights of the Virgin line. It's also got a huge bevy of book-exclusive essays, including new ones on Nightshade and The Pit, an essay on Lloyd Rose's The Algebra of Ice, an essay on the recent Seventh Doctor comics by Andrew Cartmel, and a bunch of essays on arcane points of Doctor Who continuity like "When Was the Time War?" and "Was He Half-Woven on His Mother's Side?"

It's a big, epic book that was very hard to get together, and that I'm very proud of in spite of its troubled gestation. And it's very much available as a holiday gift for the extreme nerd in your life.

If you backed it on Kickstarter and filled out ... 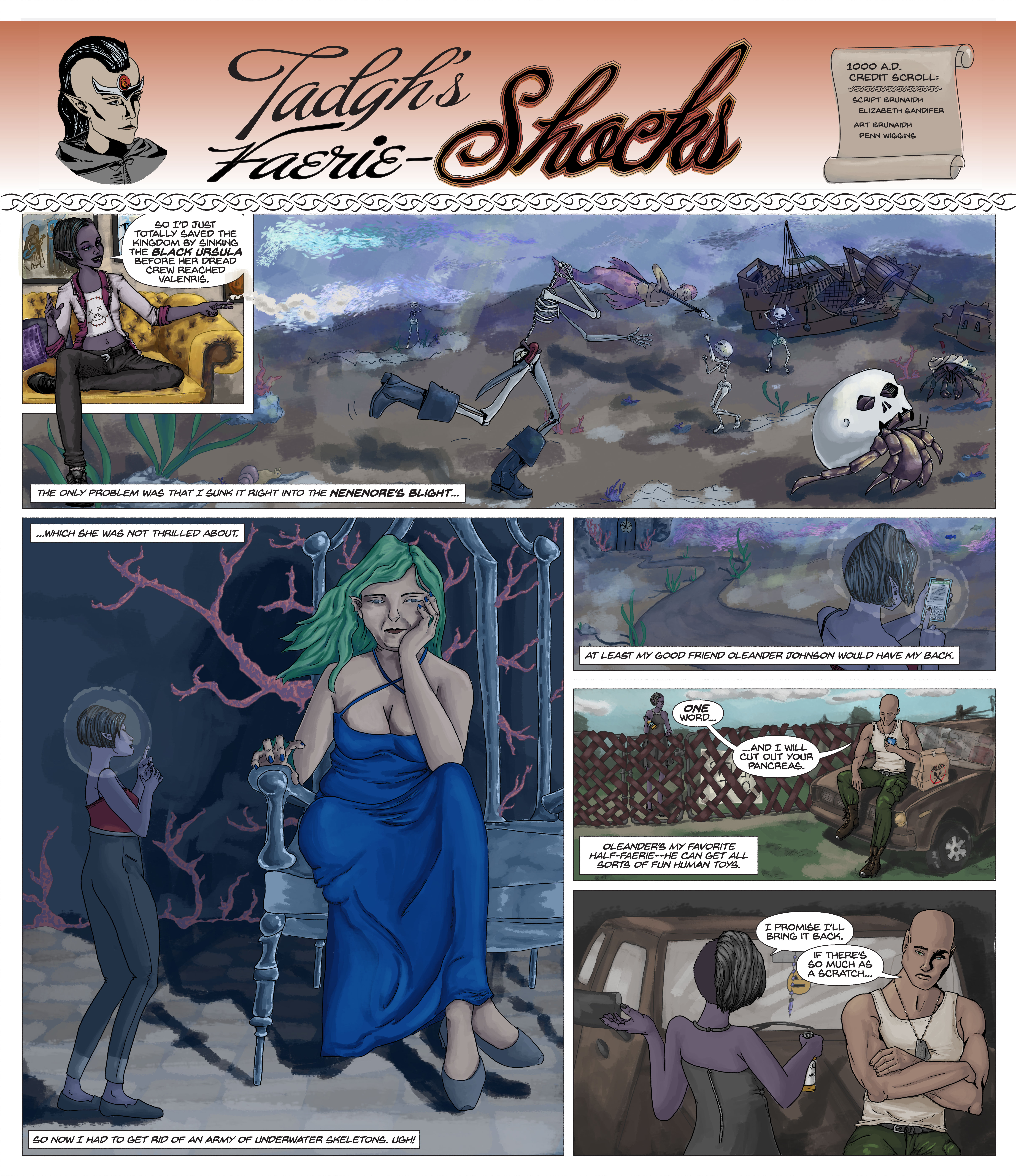 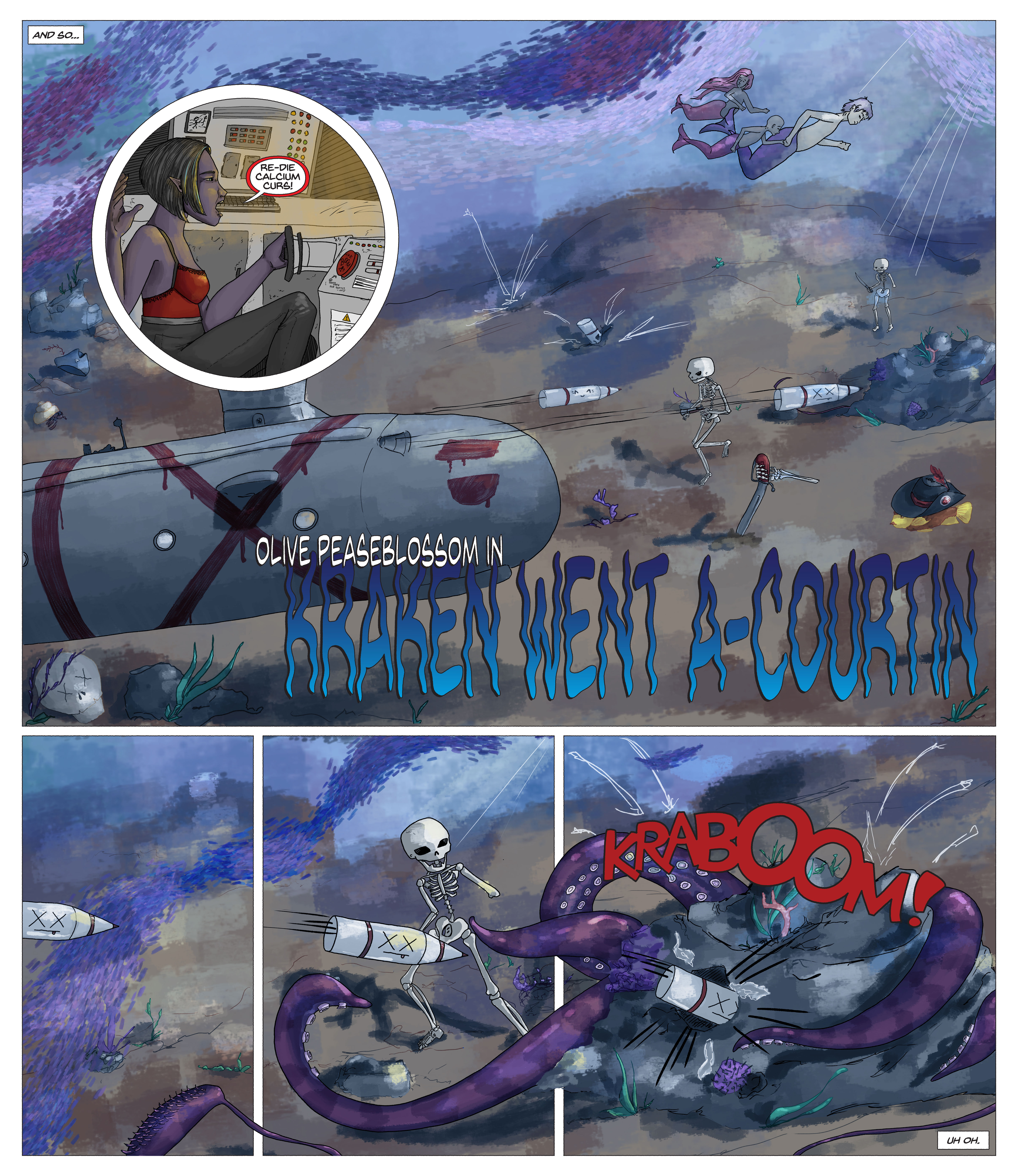 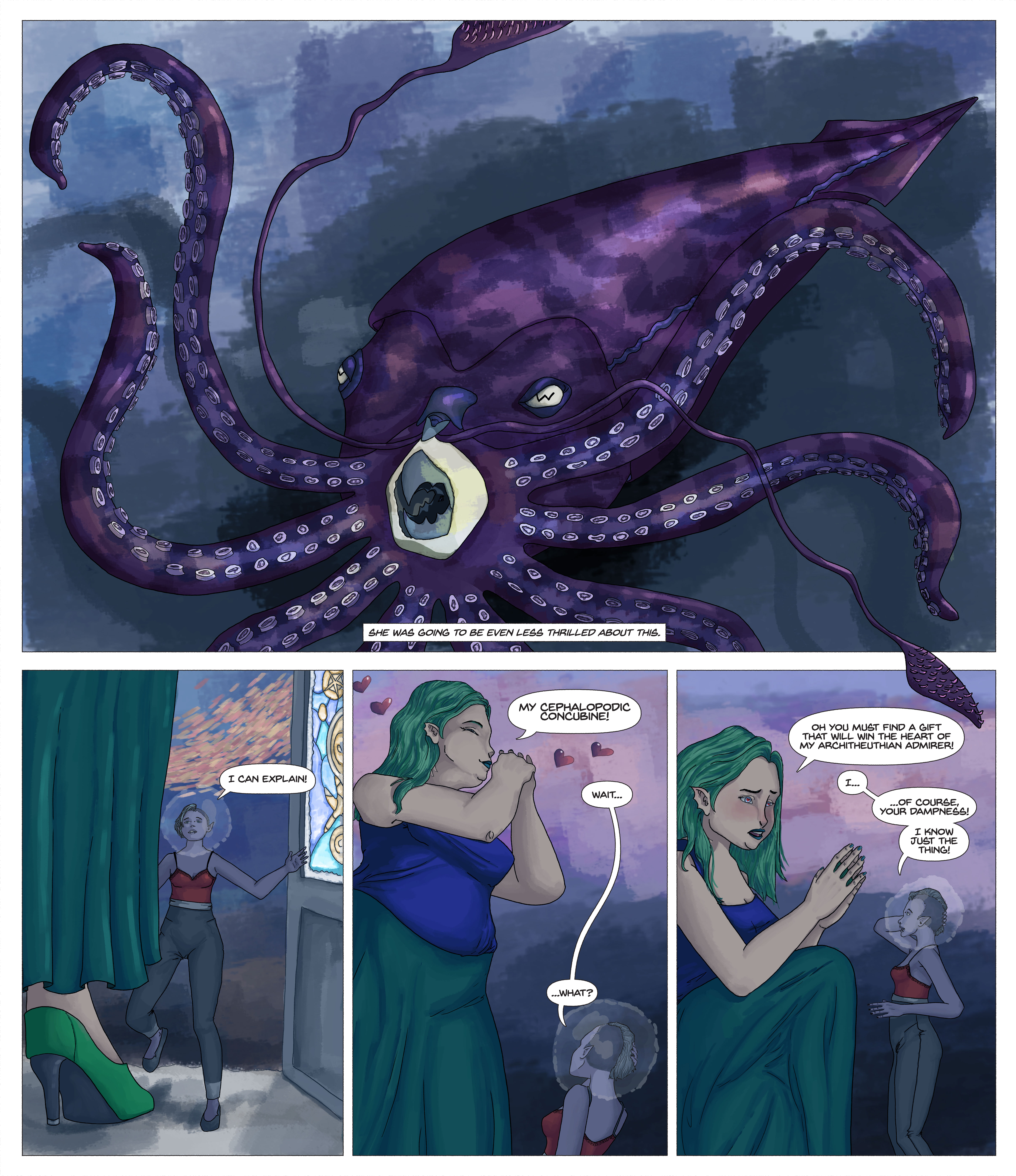 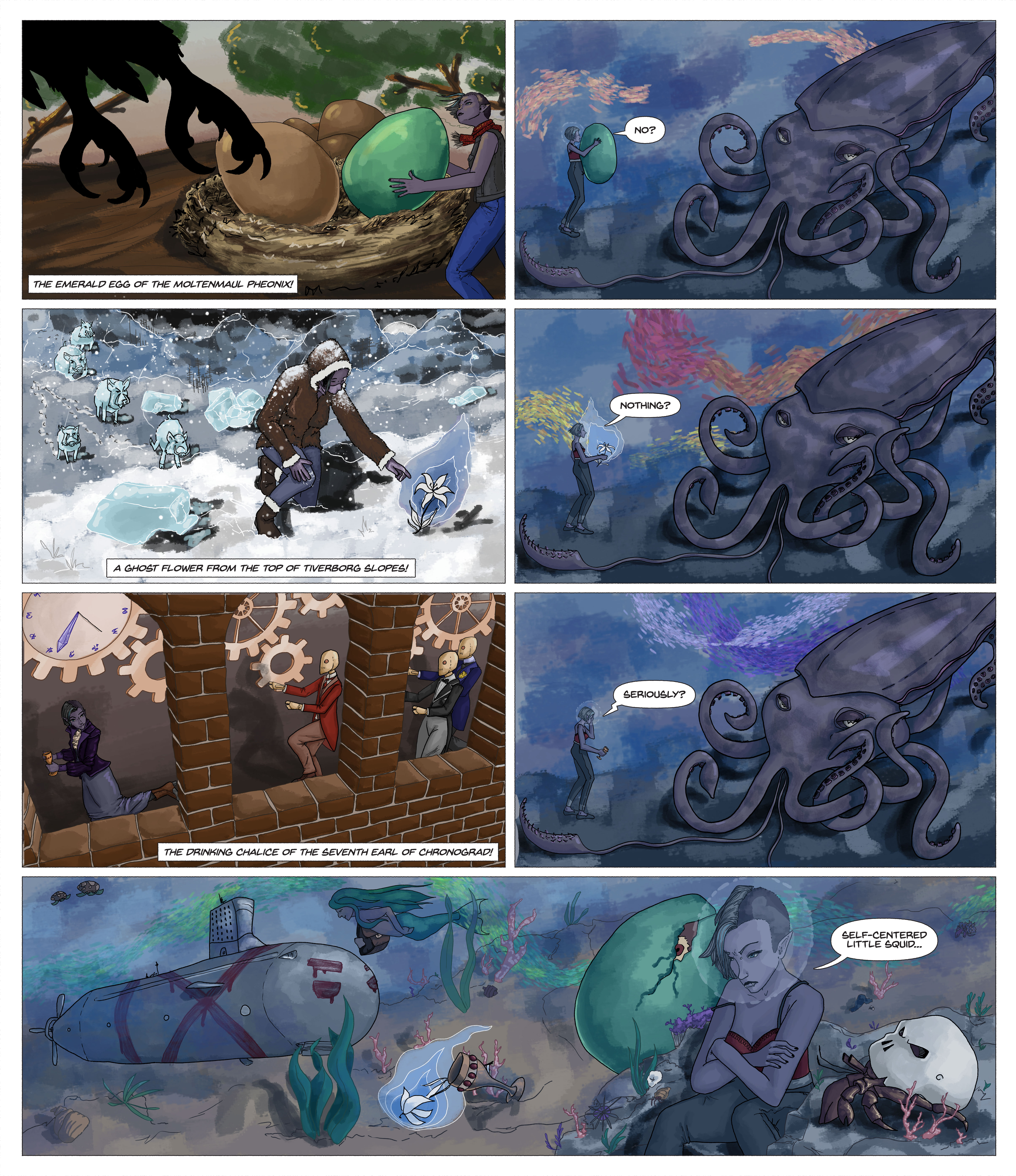 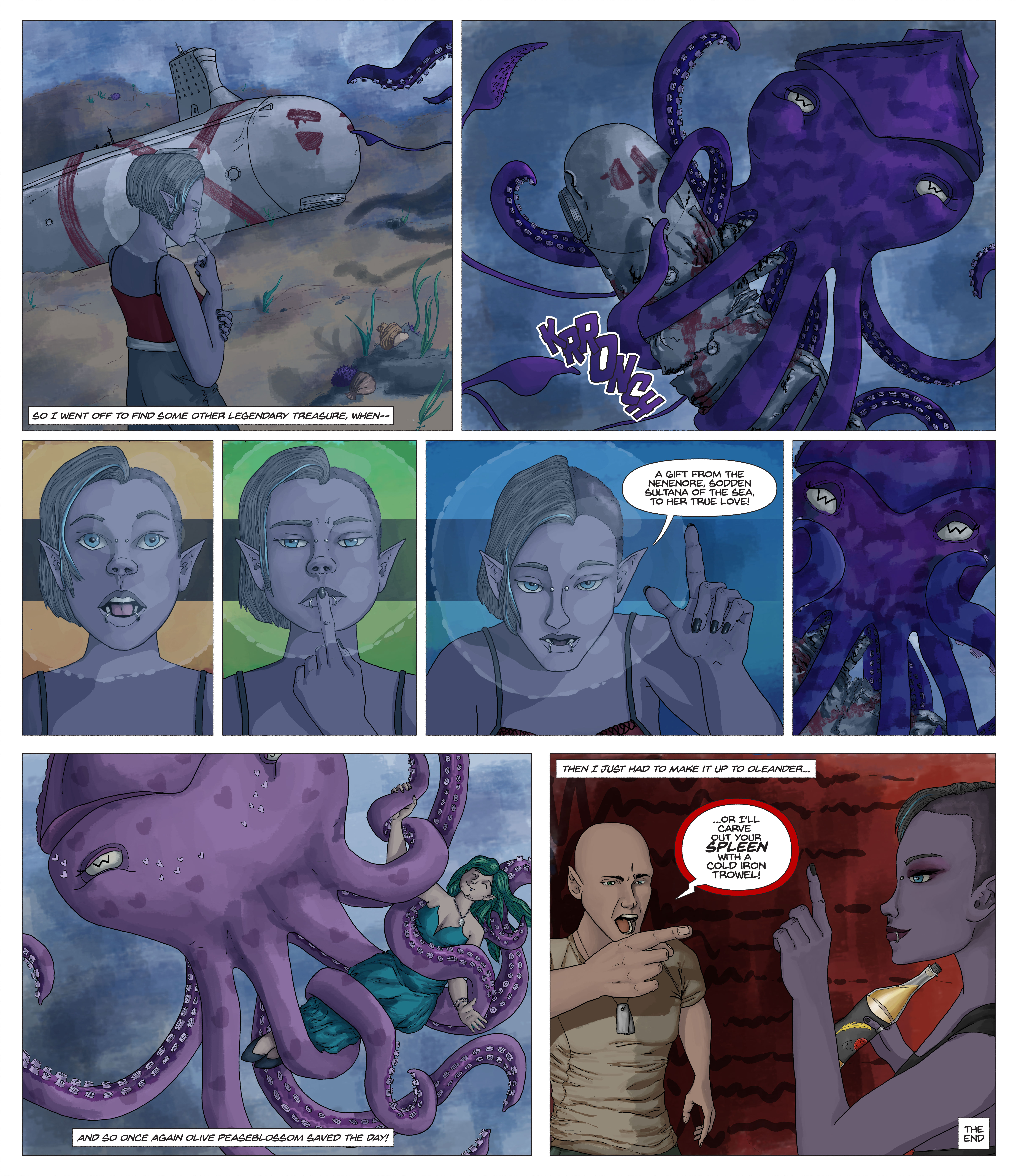 Just wanted to remind everyone that we're now in the final day of the TARDIS Eruditorum Volume 8 Kickstarter. We've blown through most of the stretch goals—all of them, actually, and I've ended up adding a few more. At the time of writing we're just under $15k, which will be the trigger for another War Doctor essay looking at short fiction and comics stories featuring the character. And then at $16k, I'll throw in an essay on Titan Comics' 9th Doctor comics. All of that's very doable with an even modestly strong final day. So if you've been meaning to back, now is your chance. And please, do make a mention of it on your favorite social media channels. This is within sight of being my most successful Kickstarter ever, and I'd be very delighted if we manage to nick that record.

Once again, the Kickstarter is over here. And I'll be back in literally just a couple of days with a long awaited book launch announcement. :)