A Post On A Topic Selected By My Patreon Backers 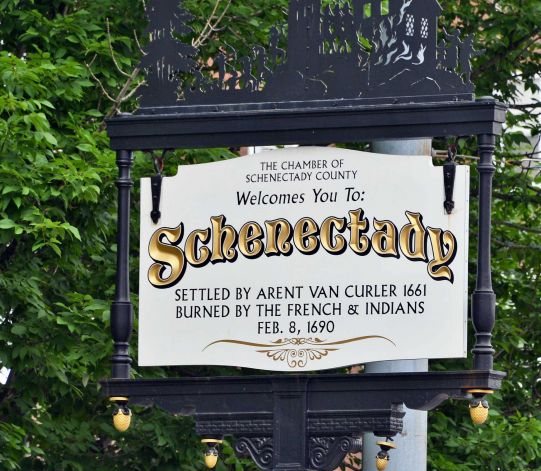 I found myself weirdly fascinated in hindsight by the early reviews of Blackstar that praised it while professing a certain bafflement at the meaning of it all, such as a Guardian review of the title video suggesting that it might “just [be] 10 minutes of standard-issue pop promo surrealism.” And then, not long after, Bowie’s death emphatically answered most interpretive questions about the album. It is not merely that the early critics were wrong – the early claim that “Blackstar” itself was about ISIS, for instance, is flagrantly wrong, but not nearly as perversely funny. Rather it is that this particular claim is an almost precise opposite of the truth. Critics claimed the album was a lot of cryptic and meaningless pomposity. In reality, there was a master interpretive key that unlocked almost the entire thing – a simple fact on the level of “it’s about X” that made sense of the entire project.

German sentence structure allows relative freedom of word order; the result are sentences that build towards a climactic revelation as to their meaning, clauses and words carefully piled up in anticipation of an ending that will at last illuminate their purpose. Even in English, writing naturally points towards endings. There’s no such thing as a nonlinear narrative. It always points forward. As Roger Ebert puts it, “Here is how life is supposed to work. We come out of ourselves and unfold into the world. We try to realize our desires. We fold back into ourselves, and then we die.”

Implicit is the existence of a high concept; a grand idea. Everyone is supposed to have a magnum opus. With it, a theme; a clear message to communicate; a subject. But we do not simply communicate the message. We cannot. Instead we half-communicate it, sketching it, alluding to it, gesturing towards it. It is less meaning than direction. We say part of what we mean, and let it stand in for the whole. All writing is foreshadowing.

And nothing is more foreshadowed than death. Strange figures follow us and watch, judging us, recording our deeds and misdeeds, drafting an eventual critical judgment. Dread signs and ominous portents abound. We know, instinctively, constantly, that something is going wrong; some horror is slowly unfolding. It must be, for the alternative – to be directionless – would surely be worse. As Thomas Ligotti puts it, “being somebody is rough, but being nobody is out of the question.”

Ligotti, of course, is an apropos writer to discuss, and not just because he’s ruthlessly trendy. His stories work upon an associative logic, more lyrical than narrative. Things are not said, but alluded to. Niggling illnesses and lost time. In particular, recurrent images of puppets. The faces that look at us are animated by other things. Things we cannot see or know. We recoil in horror.

“Dream logic” is the cliche descriptor of this sort of this. It’s not wrong as such; the unstable identities and shifting locations of dreams to resemble what we’re talking about. But it is misleading, putting the emphasis in the wrong place. “Dream logic” suggests that it is not a part of the ordinary world; that this horror isn’t real. It would be nice, but it is not so.

A better metaphor, perhaps,  is dementia. No, not a metaphor; a framing device or tone. What is important is not mere forgetting but the way in which, as memory falters, the structure of life carries on. Faces and identities blur across the years and decades, and yet for a (at least to people not afflicted with dementia) surprisingly long time a dementia patient will prove perfectly capable of carrying on in the minute-to-minute business of life, even as the executive function to live independently wanes. We do not need coherent narratives to live in the world.

Better yet, Cotard’s Syndrome, a rare neurological condition in which people believe themselves to be dead. The obvious evidence to the contrary fails to persuade. Reality necessarily becomes distorted, manifesting not unlike schizophrenia. And yet the disorder is in most cases only debilitating in the sense whereby those afflicted are not able to adequately care for themselves in a capitalist society, as opposed to the rare case of a patient who starved herself to death. The truth is that being dead remains the sort of thing we can get used to. It’s not the end of the world. Like most horrors, it can be adapted to.

This is central to the link between horror and comedy. This is an old and venerable link plumbed by writers like Kafka, Beckett, and Ionesco. The basic structure is people behaving normally in a world that has, to an outside observer, gone completely and utterly mad. As the story wears on, a frantic anxiety may creep in for the characters, but never more than a hint of the possibility that their world makes no sense; that everything around them is a cruel and absurd lie. It’s hilarious.

Jack savvily reads A Serious Man in this tradition, specifically in terms of Kafka’s mad spirals of purposeless authority, concluding with a suggestive observation about the eternal absence of the one thing that would just make everything click together. “The Law is always being guarded behind some other door,” he writes. The occult is a recursive function.

Tellingly the absurdist tradition found its most vibrant expression in the theater. It is not obvious why this should be. Central to absurdism is a sense of alienation – indeed this borders on being a term of art in a theatrical context. And yet as a medium theater’s defining aspect is the intimacy of its particularity. Theater is an event that happens in space and time; a particular, bounded moment. Why should the impotent, flailing exasperation of alienation be a natural fit for this intimacy?

One obvious possibility is that it is only in the form of theater’s intimacy that such alienation becomes bearable. Clearly this is not true in any absolute sense – Kafka exists after all – but there is at least something to it. The fundamental inadequacy of the self as a construct is the sort of thing we like to take in surrounded by loved ones, ideally brokered by the soothing tactility of actual human contact. Barring that, we will at least take it with the intimacy of physical presence. The cynic’s reading is that this is a cheap diversionary tactic; a way of softening the blow. The more optimistic reading, however, is that this immediacy of contact – what we might call an empathic connection if we wanted to make some sort of larger point reaching outside this specific context – is the thing that actually matters.

This is an argument with some appeal. Our narrative accounts of our lives are, like any narrative, defined more by how they paper over the gaps than how they actually order information into some sensible chain of causality. We aren’t characters in stories, our own or anyone else’s. We’re just meat seeking warmth. The only grand statement to be made about that is the act of connection itself.

But this knowledge is, as Ligotti would put it, malignantly useless. Language will have its due, narrativizing all, endlessly insinuating the Law’s existence. We will go to our graves convinced that there is such a thing as a grand statement, on the tip of our tongues, about to be spoken. And then, instead, the story that was never being written in the first place will simply end.