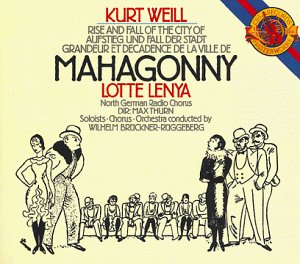 “Coffee Homeground” comes at the tail end of Lionheart, when the album’s slower and quieter tracks have all trailed off. As the album’s penultimate track, it provides Lionheart with a relatively bombastic and staunchly theatrical climax. For all that Lionheart explores stagefright and theatrics in depth, it’s a much quieter album than that description might suggest. There are few especially up-tempo songs on it, and Bush’s piano guides her backing musicians through her songs. “Coffee Homeground” almost sounds out of place on the same album which has “Oh England My Lionheart” and “In the Warm Room,” with Bush’s camp attempt at a German accent and Kurt Weillian orchestral scoring. It’s by the grace of Lionheart’s strong thread of camp that “Coffee Homeground” is allowed to work, exploding into full blown theatrics at the end of an album which previously treated them as something more to be discussed than outright embraced.

As we’ve discussed at length in this blog, Kate Bush is a consistent purveyor of camp. Her mime training, her focus on character in her songwriting, and a constant awareness of form are camp attributes of her songs thus far. When we get to the Tour of Life, we’ll see just how far she takes that. Bush’s camp instincts to come a head in “Coffee Homeground,” is one of her most unreservedly theatrical songs. It’s hard to overstate just how theatrical this song is. Bush as a singer is always expressionist; in “Homeground” she takes this camp tendency to its logical conclusion by doing a funny accent. Her play at a German accent is willfully funny, one of the silliest things on Lionheart. Bush was often mocked for her gurning and high-pitched vocals (by such comedians as Faith Brown and Pamela Stephenson), and “Homeground” suggests she’s in on the joke to some extent, or least just as capable of having fun with it. On the track she engages in Sprechgesang, a kind of singing in which a singer rapidly moves back and forth between speaking and singing. This a natural move for Bush, who’s done this sort of thing before — moving back and forth between speech and song is a stylistic norm for her. But it’s worth investigating just what brings her to it this time around.

Bush’s use of Sprechgesang, her mimed German accent, and an unusually playful orchestra make up a hat tip to the early 20th century German theater team of playwright Bertolt Brecht, composer Kurt Weill, and singer Lotte Lenya. This collective is one of the most influential in 20th century theater, and we could get a whole book out of talking about any one of them. Let’s start with Brecht, as his writing is useful for discussing Bush’s storytelling in “Homecoming.” Brecht’s great contribution to dramatic theory is “Epic Theater,” which, like glam rock, revels in its status as artifice and production. Jack has written about Epic Theater as applied to Doctor Who before, so for a more thorough take on the subject you should read his post. Suffice it to say here that “producedness,” as Jack puts it, is a key aspect of both glam rock and Epic Theater. Both are conscious of form and actively embrace it, taking no care to hide the fact of their creation, as opposed to more realist modes of theater. The two forms are thus resultingly compatible on some levels.

Where the two differ is their relationship with camp. Glam rock is camp’s full realization, the excess, glamour, and love of the gaudy exploding onto radio stations and Top of the Pops broadcasts. Epic Theatre doesn’t work in quite the same way. Niki Haringsma has said to me that while Brecht also had a love of the gaudy (“the world is poor and man’s a shit and that is all there is to it,” as his The Threepenny Opera declares), he strode to avoid glamourous aspects of camp which would render his characters attractive and admirable.

This is a stridently different approach than the one Kate Bush has to characters, which is to empathize with them and use their plights to encapsulate fraught human experiences. Even the paranoid character presented in “Coffee Homeground” is allowed the subjectivity of their perception of events. Yet there’s still a sense that Bush is an unreliable narrator. “Homeground” is the story of their paranoia that their host is trying poison them. Bush speaks at length about all the different toxins she might be killed with, from bitter almonds to hemlock to arsenic. She’s in some sort of decrepit house with “torn wallpaper” and “pictures of Crippin/lipstick-smeared,” (likely referring to the allegedly uxoricidal Hawley Harvey Crippen). The song takes the form of a screed, with Bush declaring all the ways she won’t be caught (“in the pot of TEA!”), with verses taking an epiphoral structure in which nearly all of them end with the phrase “coffee homeground.” It’s an extravagant piece of songwriting, extremely conscious of form and rife with tension as it leaves all pretense of believability behind. Bush said the song was inspired by a paranoid cabbie she met, and that’s the sort of character she’s written here. Despite the song being entirely theirs, there’s a degree of separation from the audience, that the singer can’t be trusted. Bush is entirely operating on theatrics and leaving emotional realism at the door.

Yet there’s an element of Epic Theater which Bush neglects altogether: its strident anti-capitalism. Brecht was a Marxist who used the theater to shatter an audience’s preconceptions of how a capitalist society works. Bush has never been very interested in subverting the established social order. Even when she’s an actively subversive songwriter, she’s still essentially being one in the position of a well-to-do middle-class heterosexual white woman. This lack of political intent makes “Coffee Homeground” feel like it’s missing a key ingredient (and I’m not talking about hemlock). It’s not clear why this song has to be a Brechtian homage — it makes the song more striking, but it’s not clear what Bush is trying to say.

Resultingly, Bush’s engagement with Epic Theater is a purely audible one. “Homeground” owes more to Kurt Weill and Lotte Lenya than it does to Brecht, as it’s their sound Bush pillages. Bush’s trill becomes a half-spoken warble as she strives to sound like Lenya for a track. It’s not a bad impression — sure, it sounds nothing like Lenya’s voice, but Bush doesn’t do the worst job of imitating her speech patterns. Musically, the strongest resemblance to Brecht and Weill’s work here is the morbid subject matter applied to carnivalesque scoring. The melody contains huge leaps and never sounds quite the same, as the intro and bridge repeat essentially the same phrase in a different key every time they appear. There are little discordant details such as the use of the non existent #VII chord of B flat (A), which doesn’t appear in B flat major or B flat minor. The pre-chorus will make a play at being in A before transforming into some mode of B (possibly mixolydian, or anything with a flattened seventh). Even if “Homeground” lacks conceptual clarity, it’s far from banal.

The decrepit house of “Homeground” is as much a stage for the song itself as it is for Bush. In a period where she’s torn between the obligations of touring and her desire to give her songs the time they need, “Coffee Homeground” is the sort of song Kate Bush is bound to produce. Her shortcomings and her ambition clash violently, and the result is as fascinating and vexed as anything she’s ever made. This has been a challenging period for Bush, and as we’ll see in the next two weeks, it’s about to climax.