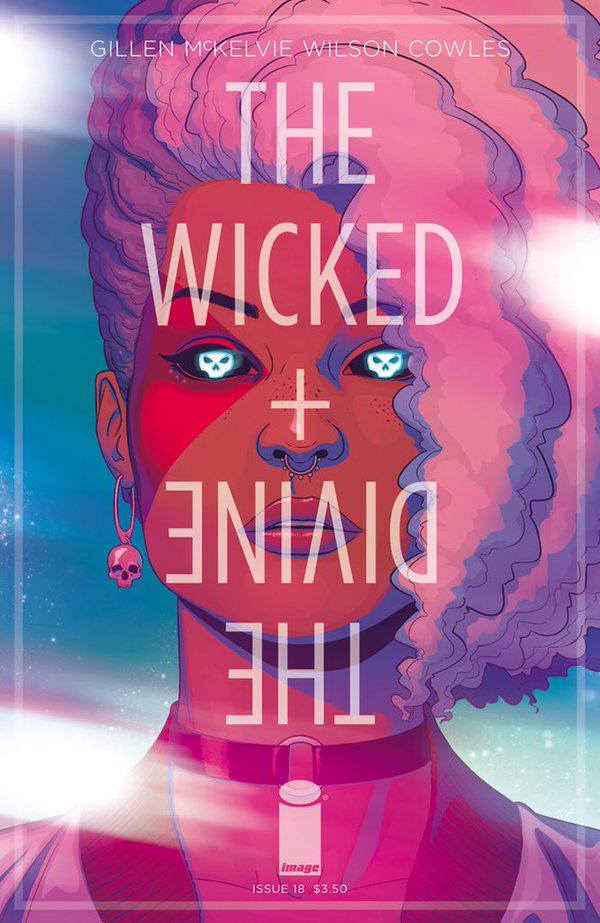 A bit of a mess. I saw a Tumblr post complaining about last issue’s “I don’t want to be the black Spider-Man” bit and arguing that Miles should identify as Latinx, not Hispanic, concluding that Bendis shouldn’t be writing these topics because he’s too white, and kind of eyerolled at its “my vision of minority experiences is the only right one” tone. After reading an issue of browbeating Latin American grandmother stereotypes, however, I’m rethinking my eyeroll. Further points off for a desperately pointless Kamala Khan cameo. Seriously, two characters as great as Miles and Kamala and literally fucking nobody can write a good scene between them. Argh.

Apparently this road leads to Civil War II. How exciting. That’s not actually true. This is not very exciting. This is Bendis-by-numbers with generic tech ninjas. Were it not for the big “The Road to Civil War II” banner at the top the plot would seem utterly disposable. Deodato continues to have never met a quantity of black he thinks is too much. Thoroughly meh.

Picked up because I don’t intend to drop Spider-Gwen due to this crossover, or at least I hoped not to. And I won’t be – this is fun, sets up a nice premise with deftness, and has three solid and distinct leads. I’m particularly really liking this take on Spider-Woman, and would invite people reading her series to let me know if it’s worth checking out in comments. This doesn’t look set to be earth-shattering, but it looks set to be good superhero fun with three characters who aren’t so done as to seemingly only be capable of self-parody. Speaking of which, wickedly good Tony Stark joke here.

No surrpise that there’s some roughness here; Coates is still learning to do comics, and ends up using the entire issue to set the stage instead of getting off to a storming start, which feels like a kind of archetypal “brilliant writer unaccustomed to twenty-two page comics format” mistake. But everything you want out of Ta-Nehisi Coates on Black Panther is here – the deep regard for the history of what he’s doing and the probing, demanding mind that insists on making the book a big and dramatic statement about the very idea of an African hero-king. This is going to be one to watch. And I hope things happen next issue. That said, seriously, Marvel? $4.99 for twenty-two story pages? Fuck you.

With the news that this creative team is off the book with Rebirth, this ends up being something of a viking funeral for their take – an oversized conclusion to an arc that celebrates a particular configuration of DC female Bat characters. It’s big and fun and a solid reminder of why the Stewart/Fletcher/Tarr run has been such a revelation – those big “X vs Y” splashes were particularly great. This has a good team coming onto it for Rebirth, and I’ll probably still buy it, but man, I’m going to miss this era. Glad they’re on to an Image book; I hope they absolutely slay.

Grant Morrison’s long-awaited definitive statement on Wonder Woman – an intellegent, sexy, and funny homage to William Moulton Marston that’s easily the best thing anyone’s done with the character in a decade. I obviously have loads to say about it, and I will before long, but suffice it to say that this is a hell of a good comic. Special props to Yanick Paquette, who has a perfectly “sex symbol, not sex object” cheesecake approach to the female figure and a damn fine ability to lay out a page. Double special props to Morrison’s take on Etta Candy, which is absolutely fucking amazing.

And then there’s Alan Moore, off in his own little corner of creation, casually spinning off yet another heady mixture of magical philosophy, literary history, and formalist genius that smashes through a moment that you could fairly have expected not to see until Issue #12 in a way that is at once an understated surprise and a stunning exclamation point that makes one wonder where the next four issue could be going. And better yet, dread. Astonishing stuff as ever.

“The Handbags and the Gladrags”: Lower Decks Thursday Shaboganing

Leave a Reply to CodesDudeCancel reply