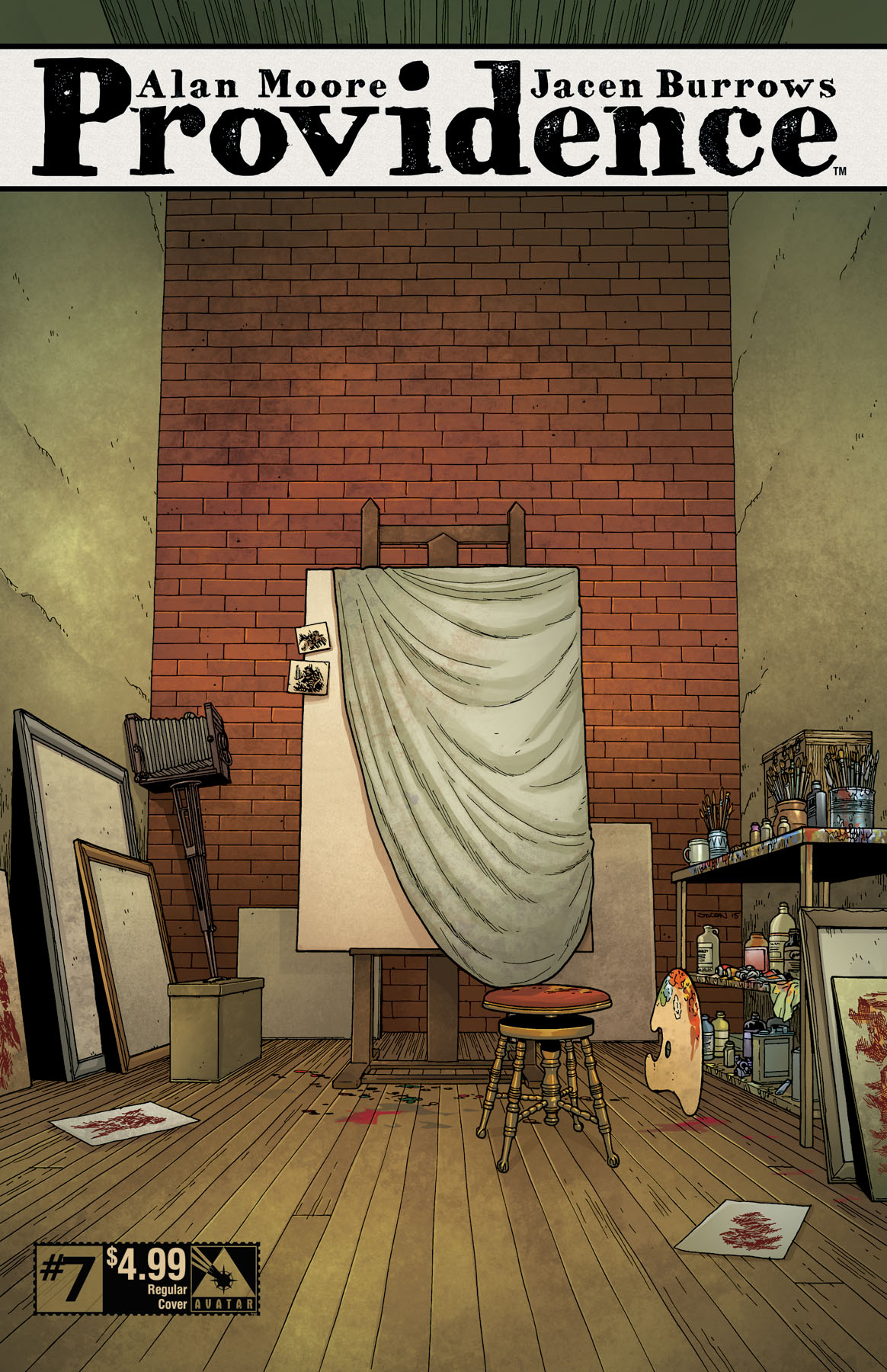 A really strong issue that continues the momentum from the end of the first arc, is genuinely funny at several points, and has a thoroughly fascinating cliffhanger, not just for the double-page spread/reveal (which is a great hook) but the issue’s final line, which takes the reveal and puts it in a new light that’s full fo questions, all of them good ones. Really quite excited for this arc. So why is it at the bottom of the list? Because of that fucking awful pun on the issue-ending title page, of course.

As with many Marvel books in 2015, this is suddenly much harder to enjoy knowing that Rebirth is coming to reboot or relaunch or whatever this title, presumably with something that isn’t the Fletcher/Stewart/Tarr team or, for that matter, the attractive $2.99 price point. Anyway, it hangs over this perfectly adequate issue like an unpleasant cloud. Liked the end twist here, but this was oddly structured, and it’s tough to get invested in the current arc, not least because the book itself is forced to admit repeatedly how much of a retread of an earlier one it is.

Mike Deodato joins temporarily for his usual habit of double page spreads that in no way indicate that you should be reading across two pages. Seriously, any artist who does a two-page spread that does not have any panels crossing the middle should be slapped. Deodato also brings his expressionless faces and his comically “moody” shadows, while Bendis brings a slow-moving but in no way unenjoyable script that mostly serves as a recap of the first five issues. I admit, I’m eyeing Civil War II as a great jumping off point right now.

Perfectly adequate and standard Bendis-Spidey, which feels slightly shy of good enough for the third #1 that Miles has gotten and yet another new status quo that doesn’t actually feel particularly different from any of the old ones despite being in the not-the-616-anymore Marvel Universe. Still, it’s an issue #1 and pretty good, so someone should probably snag the digital code on it.

The surprise of this has largely faded since its sublime first issue, and at this point I admit I have no idea how Morrison thinks there’s four more issues of this to do. Still, this has several “bring a smile to your face” moments and remains a fun premise. Hoping it manages to keep the momentum up to remain one of Morrison’s best titles in years, but as I admit, I’d be a lot more excited about this at a four-issue mini than the projected seven.

My fears about this going to a co-author again appear unfounded, which I shouldn’t be surprised by given that Kelly Thompson has long been one of the very intelligent people of comics fandom. Numerous laugh moments, and a real meatiness to the issue that feels well longer than its twenty pages. Great characterization to boot. All in all, a real treat. Man, though, I hope the rumors about She-Hulk and Civil War II aren’t true, because it would suck to lose her from this book.

An enthusiastic welcome back to Alan Moore’s epic series of obscure Lovecraft jokes and big philosophical and mystical ideas that are approached entirely through implication. This month, the relationship between politics and dreams, “Pickman’s Model,” and, this being Providence, monster penises.

“Legend”: The Homecoming Forward, to the Past! – Episode III: Rebel Yell