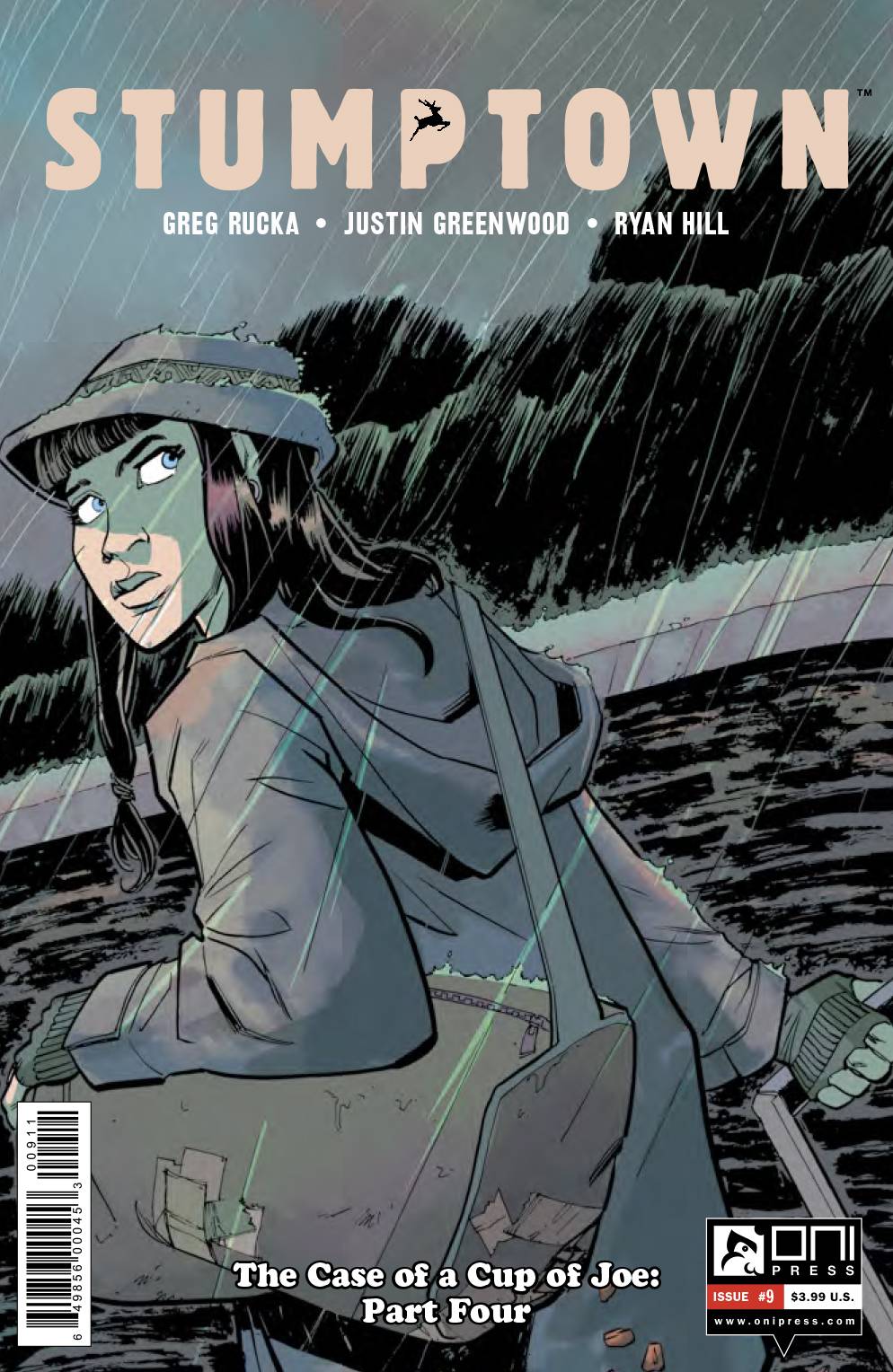 And so begins the last month of the long and terrible WicDiv hiatus.

I wanted to like this. I mean, that’s implicit in the fact that I picked up the first issue. Peter Milligan is famously hit and miss, but when he’s on he’s good enough that I have second thoughts about not making him a main character in Last War in Albion. And then there are things like this. 2016 is the right time for a weird fiction erotic thriller comic with a female lead. It’s an on-point, interesting idea for a book. The problem is that Milligan’s lead, while short of a cliche, is visibly taped together from stock characters and stereotypes, seeming to wander around buffeted more by the needs o the plot than by any sort of coherent internal psyche. Right book, wrong writer. Oh well.

An artist’s jam of an issue that holds together better than those usually do. There’s a sense in which this feels like it’s building to an end, which would be a pity, as this really is a solid take on the character. All of which said, I’m just not managing to invest in the Fugue as a villain, and this somewhat by-numbers “psychic rescue” issue doesn’t really change that.

This book’s monumental commitment to the slow burn continues, although at least there’s some actual heat being generated at this point. Gillen is managing to foreground Vader’s interiority without actually going inside it, which is compelling; this is the first time in possibly all the Star Wars I’ve ever consumed where I’ve felt like the angry and impulsive character of the prequel trilogy and the majestic villain of the main trilogy were actually the same person, which is quite a feat. I’m sure once the heat on this arc gets intense enough it’ll move up nicely in the weekly rankings. For now, a solid effort.

Snagged on a whim because “River Song and Abslom Daak” was too tempting a combo to reject. Not entirely sure why John Hurt is on the cover, but other than that this was a charmingly overstuffed banquet of continuity culminating in a reveal I saw coming a few pages off and thought “no, they can’t possibly actually be going to do something this gloriously wanky.” They did. I punched the air. Might well go back to this; certainly will be getting Part Two. Still a pity about the art.

Bendis’s typical style of decompression pays off nicely in an issue that’s mostly a funny and character-heavy dialogue between Tony and Mary Jane. Deodato’s art ends up providing a strange and perverse contrast, as he’s stuck trying to make preposterously talky pages fit his style. The results are the best pages I’ve seen him do in recent memory. The book loses focus on the back half as the need to do plot takes over, but this is still probably the best issue of this eternally frustrating book to date. Its only real flaw is that “The Road To Civil War II” banner on top of the cover.

This has the greatest splash page of 2016 to date. You will know what it is when you read it. More broadly, this is smart and weird in all the best ways. It foregrounds the weird meta of its premise, and then adds a new layer of fascinating to the end. Plus it remains funny as hell, despite being a taut-as-hell zombie thriller. Rather uncertain why they’re not flagrantly marketing this as a Crossed crossover at this point, but anyway, this is great stuff.

I’ve been a little hard on Rucka lately, but this is an issue that firmly reminds me why I like him – a well-executed series of reveals and reversals that wraps up its plot in style, at once tense and funny. Impressively, despite the delays and the fact that I have little memory of the supporting players, this feels utterly satisfying, which is a heck of an accomplishment. This is a wonderful small and overlooked gem of a book; long may it run. Hopefully on slightly closer to a monthly schedule too.

“The one I love”: Rules of Acquisition Shabcast 16 – Do White Saviours Dream of Electric Sheeple?