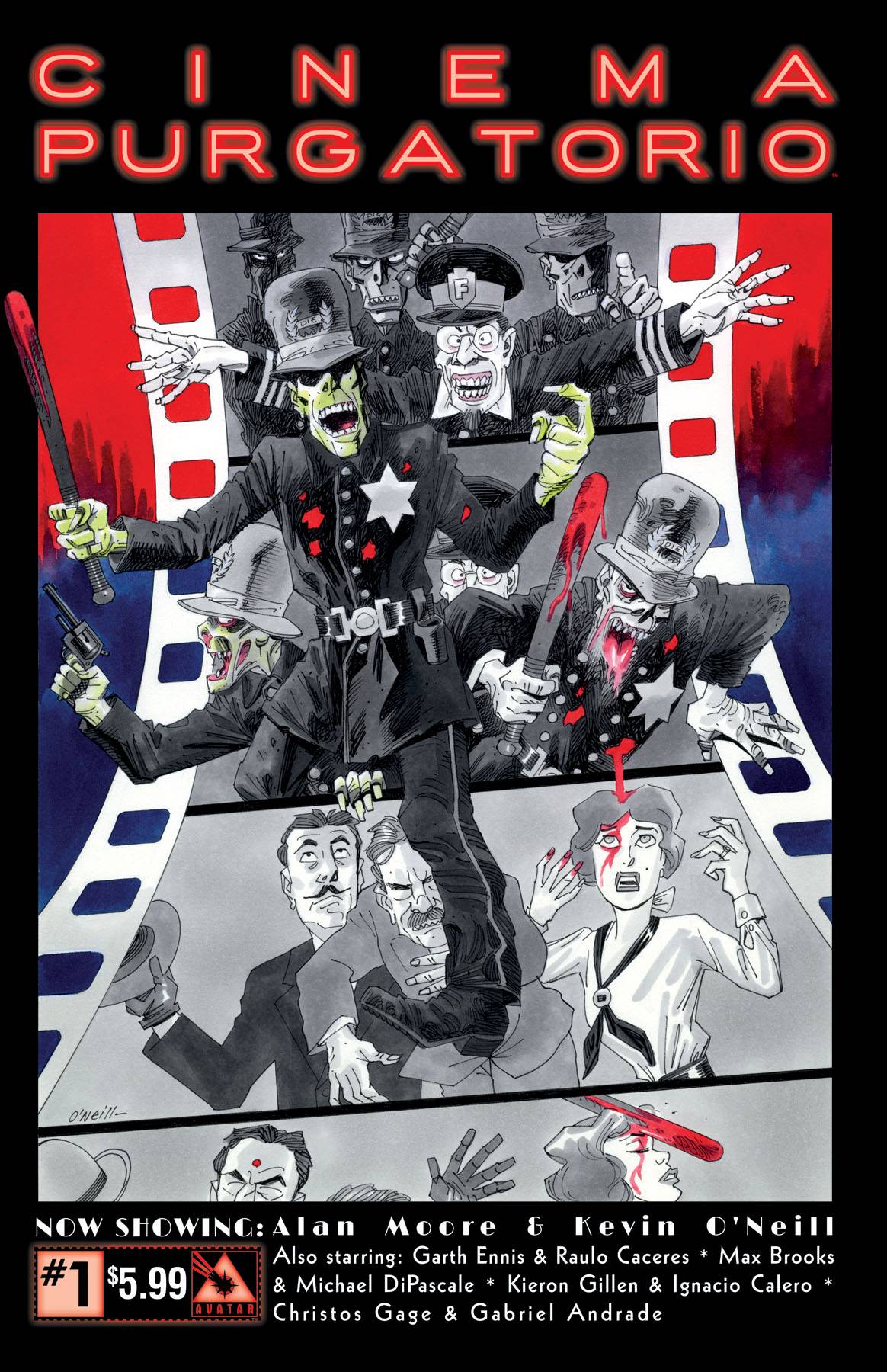 You can pretty much see Marvel deciding this isn’t actually a book they care about anymore. Its lineup seems incompatible with Civil War II, its star writer is gone, and it’s clearly biding time til cancellation. Thompson is a perfectly fine writer – it’s notably not as though Wilson was slaying on it – but there’s an awkwardness here, such as Nico needlessly re-explaining the restrictions on her powers to a character who should know already. Meanwhile Ben Caldwell, much as I loved his Wonder Woman strip back in Wednesday Comics, is an awkward fit here, and the book as a whole just feels like disposable ballast for the lower end of the sales charts. Alas.

The Spider-Women crossover finally has a bit of a dud. Only a bit – this isn’t a bad issue or anything – but the decisiveness with which it’s moved on to Act Two is a bit jarring, and the structure of this issue ends up having Gwen be a spectator to the mostly less interesting Cindy Moon. Still, this is heads and shoulders above most Marvel crossovers, and I’m hoping this is just a bum issue (which, let’s face it, Spider-Gwen has been guilty of before).

The primary suspense of the issue is “is Tony Stark dead?” The answer to this is not hard to surmise. In his absence we get a scattershot assortment of scenes with the supporting cast, which are I suppose intriguing, but at this point “the road to Civil War II” is clearly a muddy slog down a meandering path that one highly doubts the payoff of. I’m half-tempted not to buy it.

Picked up on a lark after realizing Cloonan was joined by Dillon on art. Largely enjoyed, but it’s Punisher-by-numbers at this point without anything that you can credibly call a new take on the character. Nobody draws people getting shot quite like Steve Dillon though. Anyway, if the Punisher is a character that appeals to you (not a statement you expect to get much traction at Eruditorum Press, let’s face it), this is probably one to check out.

Slid pleasantly easily back into this book post-Standoff, which is nice. Ewing’s usual enthusiasm for the over the top thrills of superhero books is on full display, with the best Squirrel Girl he’s ever written, along with some damn fine Hawkeye, a fun late twist, and generally a reminder of how much I missed this book while it was doing a stupid crossover. And oh look, next issue is… a stupid crossover. Well, I guess that’s a point in Civil War II’s favor.

The book’s failure to be a natural fit for when it’s coming out continues, but this remains some of the best work Morrison has done. Particularly fun this issue, though, is Dan Mora’s art, which flits between cartoonish excess and dark grandeur in a way that’s probably not suited to a lot of books, but is self-evidently the right angle for this one. There’ll be a trade of this for the holidays this year, and it’s going to make a great pick for a lot of comics fans. One to treasure.

The first issue of an anthology, and so obviously mostly there to intrigue, which it largely achieves. The Moore/O’Neill opening is moody, although doesn’t quite sell grubby movie theaters as a source of horror, doing a Keystone Kops routine gone horribly wrong in a way that sets the tone but doesn’t really sparkle. Ennis and Caceres’s Code Pru is odd, but that’s probably because I crammed for it by reading the two full-issue versions released a few months ago and was thus thrown by the degree to which this all but starts over in a different place. Funny, though, and with more than a few Mooreish notes. Modded is deliciously sick, and probably the best strip of the book, while Max Brooks and Michael DiPascale’s alternate-history Civil War story can’t be bothered to actually set up its entire premise, and Gage and Andrade’s Kaiju tale The Vast sufficiently disposable that they put it after the credits page. Still, two good stories, two with potential, and a dud is better than most anthologies.

I know, a Bendis book in the number two slot. But I love Scarlet, a sweeping and challenging book that takes terrorism seriously as a form of heroism and looks seriously at mass protest movements and the heroic narrative. I continue to have no idea if Bendis can possibly land this thing, that never really having been one of his strong suits, but if he does this will legit be down as one of my favorite comics ever. Anyway, who doesn’t love ill-advised but still basically heroic assassinations, eh?

Speaking of “ill-advised but still basically heroic,” MORE EVERYTHING FUCKING EXPLODING WOOOOOOOOOOOOOOOOOOOOOOOO! (Particularly brilliant are the near-consecutive splashes of Baal and the Morrigan.)