Enough to Save Me (Secret of Mana) 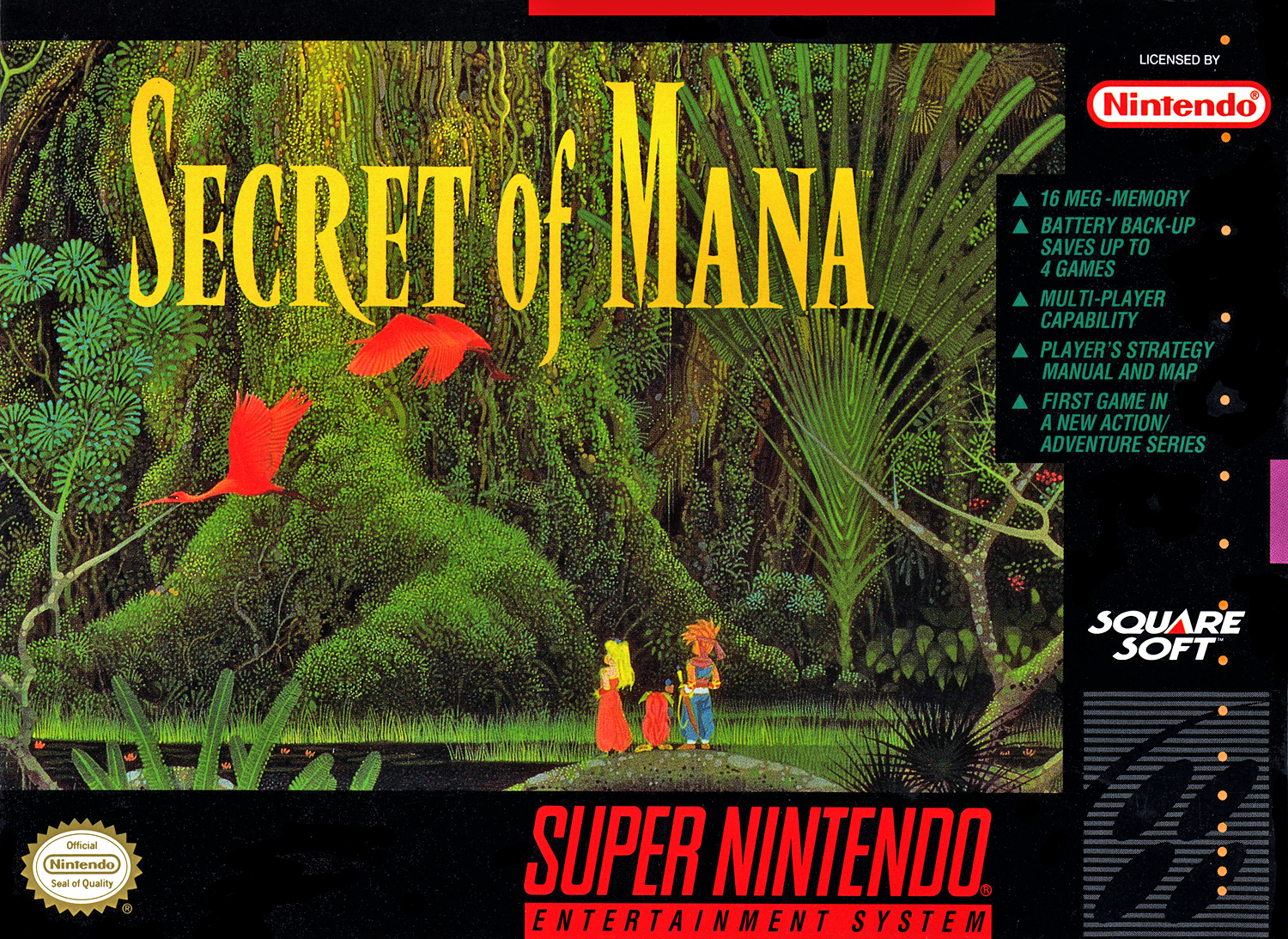 I’ve said before that Japan (the fictional Japan of 1990s America, constructed through the distorted lens of its often poorly localized artifacts) almost killed me. That might have been uncharitable of me. Yes, the culture I consumed from Japan was full of crappy gender stereotypes and cross-dressing gags, and it did delay my transition. It hurt me, like so many other things hurt me, without my even being fully aware of it.

But in hindsight, there were some very important moments of validation that came out of those cultural transmissions, too. Some were obvious: Wandering Son aired right as I began my transition, and it did more to make me feel like someone understood than any of the therapists or support groups or forums. Some were more of a secret history, parallel and hidden until much later: Maddie Blaustein’s transition makes me inclined to go a bit easier on Pokémon. And some of these moments were right in front of me, and I knew that they meant something to me but I didn’t know exactly what.

Secret of Mana was released in October of 1993. I’m pretty sure we got it for Christmas that year. By this point, we had a system for RPGs: my brother took the top save slot, and I took the bottom one. The spot(s) in the middle were a no-man’s land; good for temporary saves, but no guarantees on whether they’d get overwritten. And at first, that’s exactly what happened. He took save #1, I took save #4, and we both started playing through the game.

Except, after the first few hours, we realized that this game was multiplayer. After that, we abandoned save #4, and only played when we were both able to play. This wasn’t the first cooperative game I’d ever played (Bubble Bobble and Gauntlet come to mind), but it was certainly the first one I fell in love with, and that made me realize just how much I preferred cooperative gameplay to competitive.

Secret of Mana has three playable characters: Randi, the boy-turned-accidental-hero protagonist; Primm, the competent and determined nobleman’s daughter, and Popoi, the sprite child. Now, my brother immediately chose the boy, which was fine by me. And the standard trans narrative goes “and I picked the girl, because I always picked the girl.” Except I didn’t. I never did. I was afraid of associating with anything the least bit feminine, because I was afraid people would somehow know about the thoughts I had. The ones I tried to keep myself from noticing.

And so I chose Popoi. The Japanese release of Secret of Mana carefully avoids ever using a gendered pronoun for Popoi; they are explicitly intended to be ambiguously gendered. The US localization slipped up a bit, and uses ‘he’ a handful of times. But mostly, Popoi is basically genderless. Many of the spoken references to them are not kind – a lot of disdainful “it”s and “that”s – but they don’t seem bothered by it. And Popoi was not overtly feminine. They were crass, bawdy, pushy. Their behavior leaned more on masculine stereotypes than anything. And so choosing them felt ‘safe’ in a way that Primm never could.

The game itself has not aged well. The combat mechanics are cumbersome, with poorly aligned hitboxes and non-obvious periods of post-hit immunity for the enemies. Sometimes enemies will combo you to death with no chance for you to interrupt. Conversely, you can do the same to enemies, which makes many battles either boring or frustratingly impossible. One player casting a spell pauses the game for everyone while they access their menu, interrupting your allies. The character AI is lackluster, getting stuck on terrain, killed, or interrupting your own attacks frequently.

Despite the weak gameplay, I unabashedly loved Secret of Mana. It immediately went into the category of ‘one of the best games I had ever played’. It was rough and clumsy, but so was I. And now that a bit of me has been polished, I can’t relate to Popoi the same way. To my modern eye, they are handled poorly. I’m not the little girl that loves Secret of Mana any more.

Secret of Mana was primarily a 1994 experience for me. 1994 was also the year of both Ace Ventura and Mrs. Doubtfire. I was assaulted with our culture’s views on trans people everywhere. With how “funny” it was when men “pretended” to be women. Funny, or disgusting. “If you’re a woman with a penis,” insisted Jack Bernstein and Jim Carrey, “no one will want you. The very idea of kissing you will be vomit-inducing.”

I needed escapism, thrived on it. In the woods behind my house I had a secret place. A group of hardwood trees had fallen into a tangle, and if you climbed and squeezed and were small and limber, you could slip into this lovely open space inside. My brother wouldn’t have been able to follow me there even if he knew about it. None of the other kids in the neighborhood ever went there. It was just mine, a place to hide from the world. I would take my homework out there, or a book, and spend hours just reading and writing and listening to animals rustling around in the woods.

When the cold or the dark finally drove me inside, I could sit down and play as Popoi for a while. They were a child of the forest. They looked rather strange: short with long, thick hair, large, kind of floppy feet, and large colorful ears. They were deeply socially awkward: they made bad jokes and talked too much and too loudly. And they were, just a couple of times, referred to as a boy. The specifics were different, but I could relate. It felt safe to relate.

Being trans but not yet realizing it is a distinct state, but it’s a state marked by muddiness and confusion and denial and dissociation. It is very, very hard to describe. I describe myself as having been a trans girl, and that’s entirely true. But it also lacks nuance, and there are personal and social reasons that it is hard to bring that nuance into discussions of the experience. Here goes, though. My experience of myself *at the time* was not “I am a trans girl,” it was “I am a weird, awkward little boy and I don’t like being a boy and everyone makes fun of how girly I am and I wish I could have just been a girl.” And so I started to identify with the only parts of my self-identity that didn’t hurt me. I embraced weirdness, revelled in how awkward I was, made jokes without regard for situation or timing. I became a clown to convince myself that everyone was laughing with me instead of at me. I was actually pretty insufferable.

And really, Popoi is the same. They are loud and rude and laugh at their own jokes because they want to hide how afraid and alone and sad they are. Popoi was deeply relatable in a way no character ever had been for me. I couldn’t relate to boys, and I was too afraid of my feelings to relate to girls. Popoi was ambiguous, a loophole, and that made them a wonderful escape mechanism from my confusing thoughts. It was as far as I could stretch myself, at the time. It was a start. It was enough, for a while.

“You hear, but you do not understand”: Babel Lost Exegesis (Tabula Rasa)