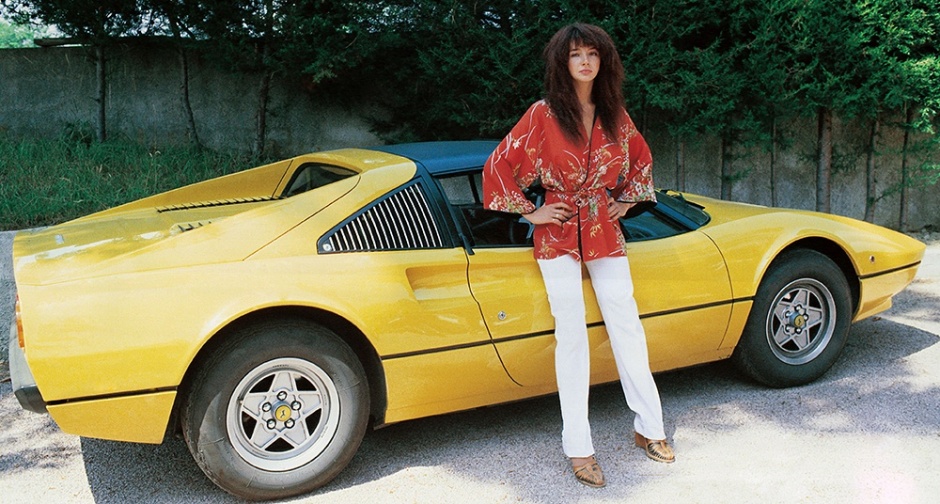 As Kate Bush is thrust onto the world stage, she’s faced with the anxiety of hoisting the burden of fame and its consequential large audiences. Her long-lasting fear of being seen is finally vindicated as the pop charts latch their claws into her. Bush’s schedule was wildly different after a series of promotional appearances overtook her life and live performance became her major mode of getting music to the public. One of the most valuable relics of this era is a 1979 episode of the BBC programme Nationwide, which covers Bush’s rehearsals and opening night of her Tour of Life. It’s still the best documentary ever made about as it showcases Bush at her most frantic. For the duration of the programme, coordinates her music, dancing, and budget for the shows. It’s a short documentary, capping off at under thirty minutes, yet it feels busier than any other filmmaking about Bush. The most striking thing about the episode is how unflappable Bush appears as she moves from music rehearsals to dance lessons to business meetings. This Bush’s hour and she is adamant that fucking it up is not an option. It’s an inspiring watch, and viewing between plays of Lionheart and Never for Ever is crucial for understanding the arc of Bush’s career.

At the end of the Nationwide documentary, an interviewer asks 20-year-old Bush what’s next for her. Beaming with the elated hubris and optimism of youth, Bush quickly answers “everything!” An emblematic moment, this quote could retroactively be applied to The Kick Inside and used as its ethos, summing up the album’s precocious pursuit of the universe’s magic. Lionheart also fields the “everything” question, but with more alarm: “shit, what does one do with everything?”

Alan Moore has coined a concept called ideaspace, which can be roughly summed up as the events and concepts which exist solely in the human head (e.g. the idea of a chair as separate as a physical chair). In Moore’s view, these ideas have the same validity that external events do. The human mind is capable of holding entire worlds and constellations. This theory strikes me as evocative of “Fullhouse,” which is equally about events that occur in the human head. “Fullhouse” is Bush left alone with her thoughts and being forced to furiously mow them down in her car. This is expressed rather literally: as Bush careens down the road in her car, she sees her old self in the road and plows her over. It’s a starkly violent bit of metaphor, turning internal anxiety into an visceral external attack. This viscera continues throughout the song — in the second verse, Bush sings “my silly pride/digging the knife in/she loves to come for her ride.” The singer is reduced to a host for their anxieties, where they’re reduced to vessels for their most complex emotions. Trotting onto stages in front of massive audiences for the first time certainly feeds anxieties like this. It’s not difficult to imagine why Bush was singing about it.

In one of my favorite episodes of Cecilee Linke’s marvelous podcast Strange Phenomena, guest and therapist Zoey P unpacks the mental health dimensions of this song in depth (actually, go listen to that now). Zoey points out that this song is aptly describing the experience of anxiety and dissociation. This feeling of being outside of yourself is pervasive for those dissociate. Zoey also points out the pertinence of Bush’s tense changes: her switch from the second person of “suddenly there in the road is your old self” to the first person of “I am my enemy/mowing me over.” Crucial to anxiety is the way in which one can become one’s own combatant, taking oneself to task for something or other. For all that Bush appears to have her shit figured out, she clearly understands the nuances of mental health. It’s not hard to see why Bush once considered a career in psychiatry. Her sense of empathy provides an abundance of storytelling opportunities.

Also intriguing is the song’s central metaphor (and lord, does this song love metaphor) of one’s head as a “full house.” Eventually we’ll get to Bush’s other take on this subject, but in addition to its obvious theatrical meaning, Bush seems intent on analogizing a building with a mind. Both are spaces where massive events happen. If Lionheart has one conceit that Bush’s mindset of the time, it’s that all the world is a stage. “Fullhouse” may not get the attention it deserves, but neither does its subject matter.

“Fullhouse” is also a clear sign towards the next major step in Bush’s career: a proper major tour, the only one she ever did. If sporadic performances across Europe inspire a song like “Fullhouse,” a tour will test the limits of her endurance. The results will be decisively mixed. While Bush proves that she can make an audience enraptured for a couple hours, live performance is not her preferred mode of transmitting music. Because of this Lionheart is transitory: it’s the first and only album that showcases Bush as a touring artist. When we get to Never for Ever, we’ll see Bush turn into a fundamentally different artist. As of now, she’s something else: a clearly talented performer for whom regular, large personal audiences is anathema.

Christine Kelley writes about speculative fiction and radical politics from a queer revolutionary perspective. Currently her main project is Nowhere and Back Again, a psychogeography of J. R. R. Tolkien's Middle-earth. Her first project was the now semi-retired blog Dreams of Orgonon, a song-by-song study of Kate Bush.Support Christine on Patreon.
I Don’t Speak German, Episode 16 and 17 – Holocaust Denial The Maddest, Most Beautiful Thing (Thin Ice)

Leave a Reply to MilaCancel reply