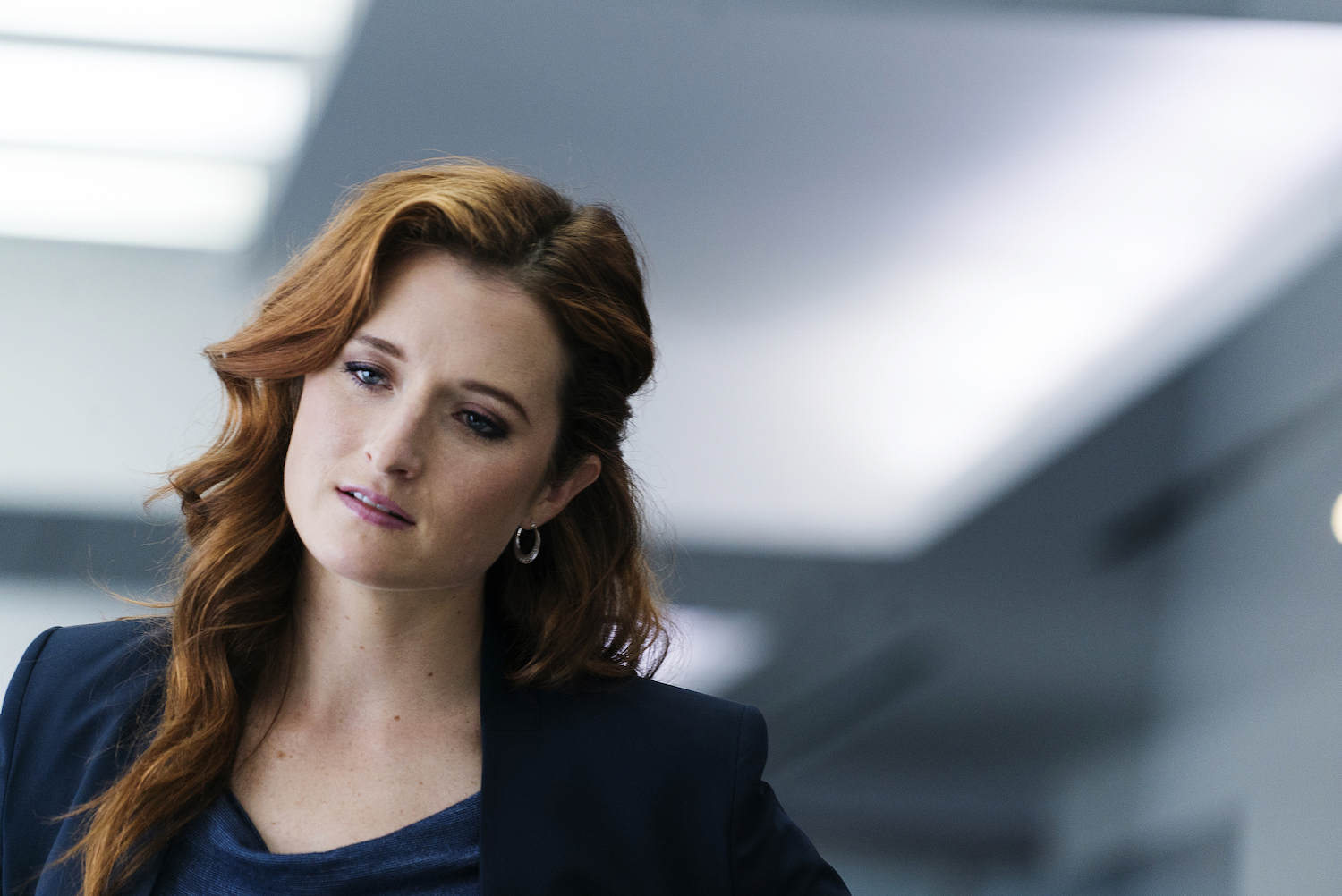 The recently completed second season of Mr. Robot has served as an occasion for critics to put the knife in. As with most critical maulings there’s a sense that the fix was in. Ambitious and genuinely iconoclastic shows like Mr. Robot don’t get to triumph for long before people decide they need to be brought down a peg. But there’s been something darkly amusing about watching critics throw themselves at the task of slagging off Mr. Robot and repeatedly failing to produce anything more insightful than essays that can be summarized as “I wish this literally revolutionary show was more conventional.” Still, as entertaining as it is to watch nominally intelligent people completely fuck up at their jobs, it’s left something of a deficit in actually decent and coherent criticism of Mr. Robot this year, with only the AV Club managing to avoid confusing the show with CSI: Cyber.

Let’s start by puncturing the usual lines of critique, since explaining why they’re wrong-headed is a good way of getting at what’s actually going on here. The big one centers on the seventh-episode revelation that Elliot has not in fact been staying with his mother but has been in prison since the season premiere. We’ll set aside for the moment the basic structural question of why this had to happen (although I’ve got some sympathy for anyone who wishes it had taken an episode less than it did) and look instead at the way in which it’s meant to be read, and particularly at those who have suggested it was a problem that people guessed the twist.

Obviously the thing to look back to is the equivalent “Elliot’s perceptions as revealed to the viewer are misleading” twist of season one, which, recall, was considered such a massive bombshell that it was treated as a pre-commercial cliffhanger, lampshaded with the line “are you really going to make me say it out loud,” and guessed by essentially everybody as of the first or second episode of the season with the only tension being “are they really just building to a Fight Club rip-off?” Which is to say that complaining that you could see the twist coming rather misses the point. Indeed, the whole adage about “fool me once, shame on you” springs to mind, especially with this season’s gleefully disingenuous promise not to do it again after the reveal.

In other words, if you’re imagining Mr. Robot as a show whose twists are first and foremost about surprise you’re doing it very, very wrong. Indeed, aside from its various narrative purposes (which are substantial), the major point of the “he’s actually in prison” twist is to scream, as loudly as possible, at any audience members who are watching the show without actively questioning what is and isn’t being shown to pay attention. It’s not just “not a surprise,” it’s an overt warning that the audience should expect this kind of thing. Sam Esmail has all but said as much in interviews, asking reporters what about the season they guessed and agreeing with them when they identify the major twists.

Indeed, the other scene he likes to grill them about is what the prison twist is most obviously in service of, namely the deliciously cheeky sequence in the finale in which the twist is that Tyrell isn’t a figment of Elliot’s imagination and the gun he was pointing at Elliot was very real. More broadly, the twist served to loudly move Mr. Robot towards a form of dramatic tension that doesn’t really appear in televisual narrative that much, at least in a really extended form, whereby we have to attempt to unravel the nuances of an unreliable narrator. Which makes sense – it’s the obvious appeal of getting the Fight Club twist over with in the first season of a show: you get to spend hours reveling in the liminal spaces of that concept instead of just doing it in the action-heavy third act. And that’s what Mr. Robot has always been about: uncertain, liminal spaces. That’s at the heart of its twin thematic obsessions: mental illness and political revolution.

The other main dramatic purpose of the prison “twist,” on the other hand, is at once more prosaic and more important. Simply put, it was necessary to take Elliott off the board for a bit for the sake of the other characters, most particularly Angela and Darlene. And in turn, it was necessary that Elliot’s removal from the board not come off as a problem to be solved. If we’d clearly known Elliot was in prison from the first episode we’d have been encouraged to think about it in terms of how he’d get out. By presenting it as a matter of personal psychological healing we lose the temptation to ask what Elliot can do about his situation, which keeps us from focusing on him to the exclusion of other characters.

Which is important. One of the things you can 100% legitimately criticize Mr. Robot’s first season for was its weakness with female characters. Angela and Darlene were plenty promising, but were more potential than actuality, and the desperately cheap fridging of Shayla cast a pall over the entire thing. But with Elliot sidelined the main characters for the first two thirds of Season Two are firmly Angela and Darlene, and the show goes the added lengths of adding Grace Gummer’s Dom. And the de-emphasizing of Elliot really helps all three – perhaps most obviously in the episode where Dom gets to go to China and interact with Whiterose, an utterly delightful set of scenes that get to be the biggest thing in their episode largely because Elliot’s plot is basically a minor subplot through that stretch of the season.

Even more interesting, however, are Angela and Darlene, whose carefully paralleled journeys, intersecting crucially at the season’s midpoint, see them in effect changing roles over the course of the twelve episodes. At the start Angela is being tempted by the dark side at Evil Corp while Darlene is left to lead fsociety; by the end it’s Darlene in the belly of the beast as Dom seems on the brink of turning her for the FBI while Angela has ascended to what appears to be an executive position within the Dark Army. It’s a magnificent pair of arcs that more than justify the fact that Elliot spends maybe one more episode in prison than is dramatically ideal.

And since we’re on the subject of highlights: Alf, the shot of Price talking about his desire for power in front of a map of World War I Europe, The Careful Massacre of the Bourgeois, the Alexa conversations, Land of Ecodelia, Tyrell staring up at the sky and shouting “The Red Wheelbarrow,” castrating the Wall Street bull, and seemingly every other musical cue. At a bare minimum. All executed with audacious confidence, a show that knows exactly what it wants to be. It’s genuinely thrilling stuff. Yes, its influences are about as clear as Stranger Things and it’s as subtle to boot, but there’s nothing else that’s ever done things like this on television.

As I’m writing this, deadly clowns stalk the suburbs of the cyberpunk dystopia that nobody wanted while tech billionaires bankroll alt-right blockchain computers, techno-singularity moonshots, and alt-right meme factories that are at this very moment tweeting about grabbing them by the pussy. Is there some piece of television more suited to this age than a fractured cyberpunk about revolutionary anticapitalism? Some subtlety to dragons or visionary quality to the O.J. Simpson trial that I am missing? Would you prefer The Blacklist or something? Or is a show that explores Sino-American collaboration on a corporate-owned blockchain currency to restructure the financial system through the lens of mental illness and via some of the most stellar cinematography in the medium’s history perhaps a show that is worth shutting up and paying some damn attention to instead of attempting to demand a conventional technothriller structure from a show that at times is seemingly threatening to go full many-worlds theory in between its Mad About You and Seinfeld shoutouts.

My point is that this is an easy show to like, even if it’s not always easy to approach. It demands you work with it, yes. As is indisputably the right of a show this electrifying in its ambition. It’s grandiose and brilliant. It’s far from clear where it’s going to wind up, but it’s clearly willing to commit to being intelligent and interesting. Its revolutionary instincts are honest, clear-eyed about the material brutality of revolution but unwilling to deny its apparent necessity. It feels like a show with no clear limits to its potential yet, which is a rare thing to sustain over two years and twenty-two episodes.

Perhaps most significantly, though, this is art that seems capable of existing in the same world as the Trump campaign. It even gets a joke in about him, calmly positioning itself as a psychopathological conceptualization of postliberal politics that far exceeds what a blowhard construction worker can possibly manage. This is the television of 2016 that’s going to matter in the future. Indeed, this very well may be the future creeping in. Listen when it fucking talks.

The Eruditorum Press Doctor Who Poll Wrapup Permanent Saturday: All cats can see futures, and see echoes of the past