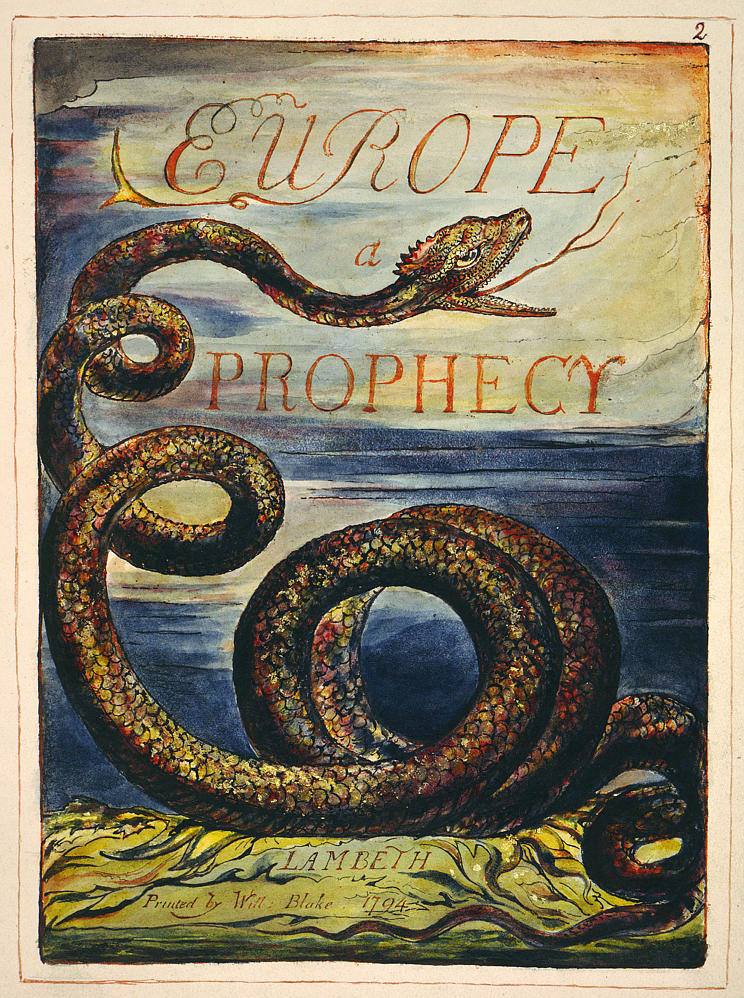 Last War in Albion this afternoon.

So, there’s been a line of complaint about Neoreaction a Basilisk(my new book, currently funding on Kickstarter) that accuses it of being an attempt to slander “rationalism,” and specifically Eliezer Yudkowsky, by linking them to neoreaction. And of being part of a communist propaganda campaign to this end. It’s not.

This weird theory mostly been pushed by a guy who blogs under the name nydwracu who’s active in both circles, which highlights the irony of the complaint(though he’s been pushing it on social media, not that blog)  I’ve sent him a preview copy, so he can at least trash talk it honestly now. Of course, he’s a white nationalist, and we know how good they are at intellectual honesty.

All the same, it’s a serious enough concern that I want to address it, if only because it’s a concern Yudkowsky himself raised while news of the book was first flitting about the aether, and while there are some significant ways in which I do not respect Eliezer Yudkowsky, he seems a nice bloke, and I genuinely don’t want to cause him any distress. So allow me to say with absolute explicitness: Eliezer Yudkowsky is not a neoreactionary. He repudiates the philosophy in explicit terms. He has shown no sympathy for and ative hostility to its most noxious beliefs. If I have ever suggested otherwise, I apologize profusely for the infelicity of writing, and if it is possible to edit the text in question I will do so.

That said, this has also been read as an attempt to smear “rationalism,” and that’s a subtler thing worth unpicking. First of all, I want to be clear that the book’s topic is complex, and is not an equation of all of the elements within it. To nick an analogy someone made when defending the book on Tumblr, it’s a book that has Eliezer Yudkowksy and neoreaction in it; it’s also a book that has Frantz Fanon and China Miéville in it. It no more implies that Yudkowsky is a neoreactionary than it implies that Moldbug is a socialist or Nick Land is black. This is a pretty self-evident principle, and I’m not going to harp on it, but come on guys, be serious.

Still, the book’s title binds together two things – Neoreaction and the word “Basilisk,” which comes from Roko’s Basilisk, a bit of Internet infamy involving Yudkowsky and his website LessWrong. Obviously I’m insinuating something. It’s fair to ask what it is. To some extent the answer has to be “read the damn book,” of course; I’m trying to make a living here. But we can talk about this without undue spoilers, so let’s do so. To frame the question in a way that makes complete sense given my past work, what the fuck do I have against Eliezer Yudkowsky?

After all, he is in many regards the odd man out in Neoreaction a Basilisk. That I would take a pop at Mencius Moldbug, a neo-fascist nutjob two doors down from Vox Day, is easy enough to understand. That I’d be intrigued by Nick Land, a fellow ex-humanities academic who curiously straddles the line between leftist approaches I am sympathetic to and right-wing ones that appall me, is perfectly sensible. But computer science is hella outside my lane, and Yudkowsky’s politics are no more objectionable than Gareth Roberts’, so what’s up here?

The answer’s, simply put, that Yudkowsky’s a crackpot, and I kinda like crackpots. I mean, big shock – historically my major fandoms are a madman with a box, a guy who worships a puppet, and the author of a book called Europe a Prophecy. Eccentricity is kind of my beat; just look at the strapline at the top of the page. (I really hope it’s “Keep refreshing me, it drives the ad prices up.”) Yudkowsky is an AI scholar with literally no significant accomplishments in the field of artificial intelligence whose nonprofit institute was the subject of an evaluation from a major charity watchdog that declared that donating to them would likely cause active harm to their stated mission. He’s the author of literary masterpieces such as Harry Potter and the Methods of Rationality and A Girl Corrupted by the Internet is the Summoned Hero?! He calls people who don’t undergo cryonics “deathists.” He’s basically the leader of a totally amazeballs cult that calls themselves “rationalists,” and of couse I’m interested in his work.

Roko’s Basilisk, meanwhile… well, I linked it above. It’s a great story. No, it didn’t actually freak out a huge number of people, and no, Yudkowsky doesn’t actually believe in it, but as Nick Land said, his post on the thread shutting down the discussion is “one of the most gloriously gone texts of modern times,” and that’s coming from the man who wrote “A Dirty Joke.” It’s not a major tenet of rationalism, but it’s sure as hell one of the best pages on RationalWiki (no relation to Yudkowsky, and in fact largely hostile to him), and undoubtedly one of the most interesting things about the wonderful nutjob that is Eliezer Yudkowsky.

As for “rationalism” and “neoreaction,” at least inasmuch as “rationalist” refers meaningfully to “people who have written about Eliezer Yudkowsky” (and that’s a highly idiosyncratic use of the word “rational”) it refers to a group who intersect with neoreaction somewhat heavily. There’s nydwracu, of course. Michael Anissimov, author of A Critique of Democracy: A Guide for Neoreactionaries, whose blog title More Right has obvious debt to LessWrong. Scott Alexander, who wrote one of the better sympathetic summaries of neoreaction, “Reactionary Philosophy in an Enormous Planet-Sized Nutshell” and one of the most-linked refutations of it, the Anti-Reactionary FAQ (which is ridiculously bogged down in tiny details of arguments instead of any big picture critiques, an unfortunate contrast to the former essay), is heavily influenced by Yudkowsky, and in turn shows up in Nick Land’s novella Phyl-Undhu (which also has a riff on Roko’s Basilisk) as Alex Scott, who gives voice to a theory about the Great Filter offered by Alexander. The Great Filter being coined by Robin Hanson, blogger at Overcoming Bias, where Yudkowsky got his start, and where Mencius Moldbug was a commenter. Moldbug and Yudkowsky also share what I’ve been cheekily calling a PayPal mafia sugar daddy in the form of right-wing venture capitalist Peter Thiel. And Moldbug has written about Yudkowsky, rejecting him with the ardor only an ex-believer can muster. And by the accounts of numerous people who were active in the community, when LessWrong was more of a going thing there was a significant chunk of the community that was vocally neoreactionary, and a larger chunk that was at least happily willing to listen to neoreactionary ideas and entertain them as things worth taking seriously, and that’s at the very least disproportionate compared to the rest of the world. David Gerard (primary author of the RationalWiki article on Roko’s Basilisk) and I talk a lot about this in this week’s Eruditorum Presscast, so if you really want to have a chunk of the details explained to you, go for it.

My point is that it’s self-evident why these are topics you can move between. The point of Neoreaction a Basilisk is not to prove that, nor is it to provide comprehensive refutations of either Yudkowskian rationalism or neoreaction, both of which already exist in numerous and various forms. It presents the case for why its basic topic is coherent, yes, but as you might expect, the book is not primarily an exploration of the basic sense of its existence, and generally assumes the topic to be self-evident. And yes, it summarizes many of the arguments against Yudkowsky, Moldbug, and Land as well as offering some new ones. If you’re interested in why these three people are wrong about stuff, it will serve as a great introduction. As David Gerard puts it, I’ve read them so you don’t have to. But even these summary-refutations are just part of a grander and more oblique design. Mua, ha, and indeed ha.

For what it’s worth, though, the reason I needed Eliezer Yudkowsky in the book was that I needed someone who wasn’t evil. Mencius Moldbug’s philosophy is indefensible, and Nick Land is ostentatiously playing a super-villain, which is delightfully evil, but nevertheless evil. And Yudkowsky is wrong, and sometimes wrong in ways that genuinely deserve a bit of condemnation, but at least he’s a fun crackpot, and that counts for an awful lot in my world. And while Neoreaction a Basilisk does not offer anything that might be mistaken for hope, it has a sense of good guys and bad guys, and Yudkowsky’s one of the good guys.

Neoreaction a Basilisk is available on Kickstarter, and shipping this summer.

“You Klingon bastard! You’ve killed my son!”: Bloodlines A Feast Impending. Our Ruin to Come. It Becomes Symmetry (The Last War in Albion Book Two Part Thirty-Four: In Pictopia!)