What we get in Kill the Moon is something similar, but it is structurally different, not to mention ramped up to 11. Rather than giving us one story, and then substituting it with something else, Kill the Moon cycles through a variety of genre tropes – especially genre tropes familiar to Doctor Who – and then puts them in competition against each other to see which will prevail. Which ultimately ends up being a statement of values, or perhaps a hierarchy of values, for the genres themselves have certain values implicitly coded into them from the beginning. To top it all off, the story then comments on this.

We should have seen coming from the cold open, which features Clara talking to us through our TV monitors. Of course within the story itself she’s talking to our fictional counterparts on Earth, but for our purposes that doesn’t matter – simply addressing the camera directly suffices in this day and age to imply a metafictional component. And metafiction, we should point out, as is the case with every kind of genre, carries with it certain assumptions and values. Which we’ll get to later. I would like to point out, though, that there’s another layer to this convention within Doctor Who itself, namely that it’s an invocation of the Second Doctor, who was often peering out of television monitors, always on the verge of breaching the veil between fiction and reality.

So let’s go through Kill the Moon’s various genre invocations, and what those imply both in terms of themselves and within Doctor Who. 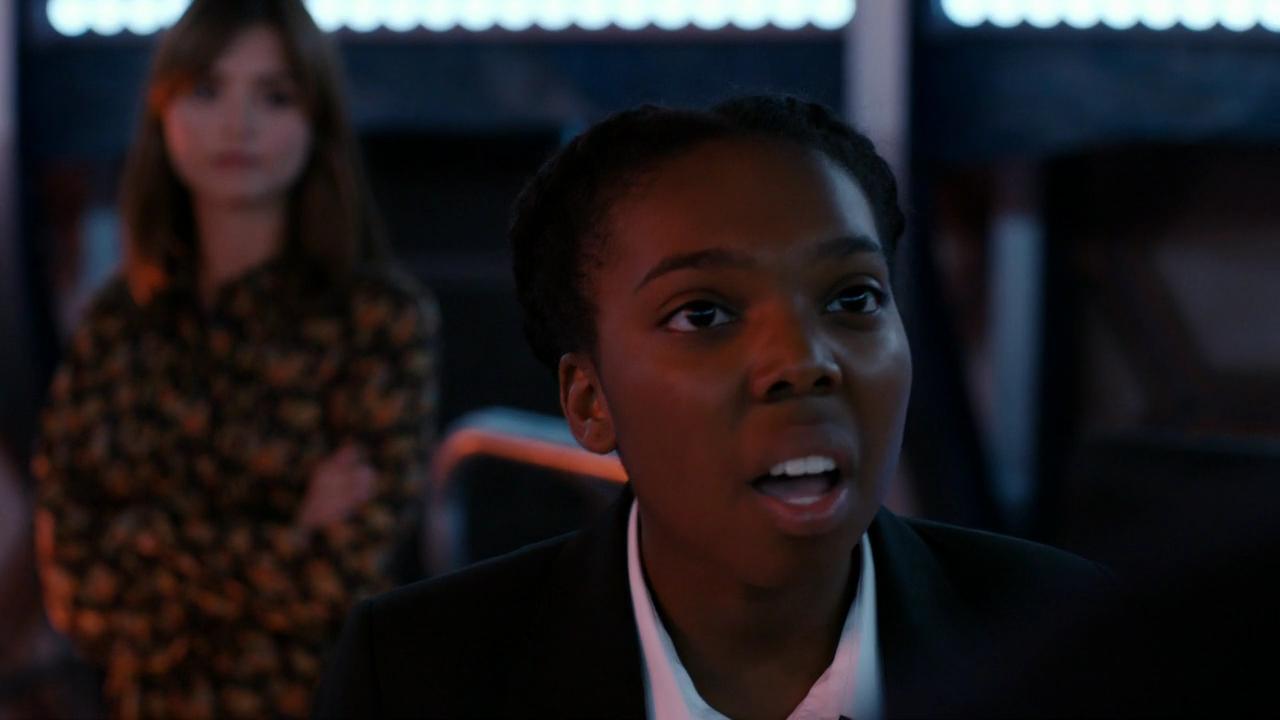 After the credits we begin at Coal Hill (love the alchemical implication of the nigredo stage of the Great Work in the name of that school) where Clara talks to the Doctor about Courtney. Courtney, who’s already in the TARDIS, ready to go on an adventure, armed with motion-sickness wristbands and a bottle of disinfectant in case she still gets sick. In these opening moments, then, we have an invocation of Children’s Television.…

END_OF_DOCUMENT_TOKEN_TO_BE_REPLACED

Consciously or not, a lion’s share of SF/Fantasy is concerned with just this.  Almost to the point of running with Marx’s ‘great idea for a story!’.

It’s also a great illustration that the best Marxism is Gothic Marxism.  A Marxism which recognises the uncanny, the weird, the surreal, the fantastic, as both truthful expression and invaluable heuristic.  The real world is made so strange, so bass-ackwards, so haunted and haunting, so alien by capitalism, that only historical materialism informed by the uncanny and the dreamlike can truly capture it.…

END_OF_DOCUMENT_TOKEN_TO_BE_REPLACED

The aliens… They’re just so… alien

Among the things she apparently doesn’t regret putting into the world’s most widely-read/seen Fantasy franchise of recent decades are the following:

Lest it be thought that I’m singling Rowling out for special snark, let me broaden this out immediately.  The SF/Fantasy genre, as a whole, contains a discourse of race that represents a peculiarly insidious reflection of racial ideology.  Race pervades these genres as a category.  Tolkien’s Middle Earth is full of different ‘races’.  The world of Star Trek is full of different ‘races’.  The world of Doctor Who is full of different ‘races’.  Just think how often we are assailed with ‘races’ in Fantasy that can be told apart by both physical characteristics (the blonde hair of the Thals, the crinkly noses of the Bajorans, etc.) and apparently inborn social characteristics.  The Doctor pronounces the Jaggaroth “a vicious, callous, warlike race” (my emphasis).  A social trait (the tendency to make war) is thus ascribed a racial origin.  And the ones I’ve mentioned are just some of the best known and most mainstream.

Let’s look at another extreme example, which shows a particular kind of Fantasy worry about race:

There certainly is a strange kind of streak in the Innsmouth folks today—I don’t know how to explain it, but it sort of makes you crawl. You’ll notice a little in Sargent if you take his bus. Some of ’em have queer narrow heads with flat noses and bulgy, stary eyes that never seem to shut, and their skin ain’t quite right. Rough and scabby, and the sides of their necks are all shrivelled or creased up. Get bald, too, very young. The older fellows look the worst—fact is, I don’t believe I’ve ever seen a very old chap of that kind. Guess they must die of looking in the glass! Animals hate ’em—they used to have lots of horse trouble before autos came in.

H.P. Lovecraft, The Shadow over Innsmouth, written in 1931.

This is particularly interesting because the story is about ‘race-mixing’, expressing Lovecraft’s bigoted horror of ‘miscegenation’.  But he wasn’t writing in a vacuum.  He was a product of the late-19th and early-20th centuries…  and, indeed, being a man stolidly stuck to the past, he was also a distillation of much of the American 19th century.

The American 19th century was a period of intense construction of race and ‘races’ as a social category (which is what ‘race’ is with reference to human ethnicity; as a biological idea it’s essentially meaningless).  To quote Richard Seymour:

Historically, the act of oppression that produced the category of race preceded the systematic pseudo-scientific classification of human variation along racial lines.