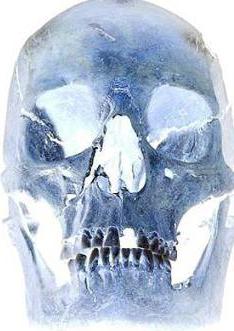 We are now in an odd, reversed position when it comes to William Shakespeare and Richard III: all of a sudden, and for the first time, we seem to know where Richard III’s head is, but not where to find Shakespeare’s.

Essentially, my argument is that William Shakespeare was, for various reasons to do with his class position, his family, his career, and the historical moment and social milieu in which he found himself, peculiarly well placed to dramatise social energies, feelings, anxieties, and vertigos, which still speak to us today.  He was writing at the dawn of modernity, during the years immediately following the end of the medieval, in the immediate aftermath of the English Reformation… all of which is related to the fundamental fact that he was writing during the transition from feudalism as the dominant economic form of English society to capitalism.  We still live with the energies and dystrophies of modernity, since we still live in capitalist society.  Indeed, Shakespeare has in some ways only become more relevant as capitalism has become more predominant.  He dramatises some of its foundational myths, legends, conflicts, and anxieties.  He offers a still relevant interrogation of much foundational bourgeois ideology that has gone on, in mutant form, to become hegemonic.  His drama is based on people torn apart in social struggles, and though feudalism is long dead in Western Europe, we still today understand the feeling of being pulled between the imperatives of capitalist society and other non-capitalist instincts.  As I said before, I don’t claim that any of this constitutes any particularly original insight on my part… though I may be slightly original in claiming that part of why we continue to find Shakespeare compelling is because he wrote about life during the phase of ‘primitive accumulation’ and, at least according to David Harvey drawing on Rosa Luxemburg, primitive accumulation has never quite gone away.   Capitalism has always accumulated primitively, and this has only become more noticeable in the Western world with the rise of neoliberalism, which has cannibalised social wealth built up during the years of social democracy.  Moreover, Shakespeare is embraced and performed in many other parts in the world than Europe, including places wracked by even more violent and rapacious forms of present-day primitive accumulation, usually practiced via Western economic and/or military imperialism, and/or corporate extortion.