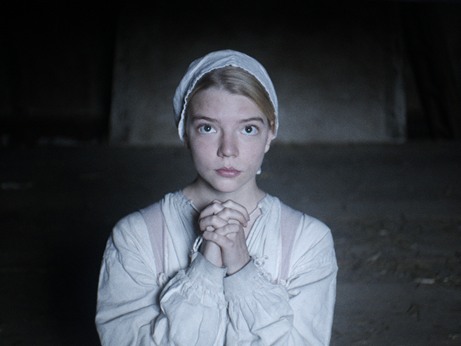 The Conjuring movies are about good and bad women.  In the first movie the central antagonist is the spirit of a dead witch who killed her own baby and then herself, and whose spirit subsequently possesses every women who movies into her house, or onto her former grounds, and makes them kill their own children.  The ultimate evil then, for a woman, is to pervert the virtue of motherhood.  In the story, a mother of five daughters finds herself in the home of this dead witch, gradually possessed by her.  Her ultimate salvation, the thing that enables her to defeat the witch who is possessing her and trying to make her kill her daughters, is a memory of a perfect family day at the beach.  Yes, that’s right – in the end, all it takes is for Elaine Warren (psychic investigator) to touch the woman’s head and enjoin her to remember family values.  Ed Warren’s attempt at an exorcism fails, but Elaine is able to connect with the possessed woman directly, via their mutual motherhood.  This connection allows the possessed woman to defeat the evil infanticidal witch using just the strong loving strength of her strong maternal love.  Elaine is, needless to say, a near-perfect mother herself, and when the witch ghost tries to attack her, it does so by threatening her own daughter.  It threatens the daughter using (or possibly in alliance with) Annabelle the evil porcelain doll – an emblem of childhood in that it is both a toy and a figure of a girl.

In the second Conjuring movie (just out), Ed and Elaine are called in to evaluate the case of a young girl who is supposedly being possessed by the spirit of an old man who once lived in her home, and who died there.  One of the best moments in the movie is when Ed visibly stops himself from vocally disapproving of the fact that the girl’s mother is a single parent.  It turns out that the entire business is a kind of trap set for Ed by a demon called Valak, which manifests as an evil-looking nun (for some theological reason that totally makes sense).

The self-conscious positioning of both these movies in the setting of what we call ‘The ‘70s’ exacerbates the implications here, especially in the first film, because this was the era when the huge social effects (including panic) of women venturing out of the home, taking advantage of greater freedoms, were felt to the point of moral panic.  The late 60s and early 70s were the heyday of second-wave feminism.

In both films, the supernatural evil manifests in, is personified by, and is channelled by, females.  This is far from new.  That the films clearly stake out an intended position of support and admiration for female strength doesn’t change much.  The witch in the first Conjuring movie (called Bathsheba when she lived, thus named after one of those women in the Bible who causes men to do bad things by being too sexy) is said to be related to people from Salem, thus implying that there were actual witches in Salem, rather than just, y’know, people the patriarchs of Salem feared and resented, like women with unconventional sex lives, money, age and wisdom, or brown skin. …

END_OF_DOCUMENT_TOKEN_TO_BE_REPLACED 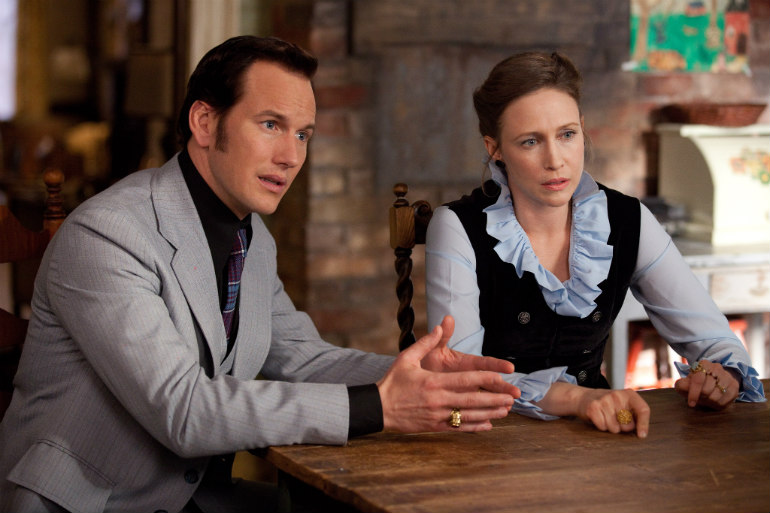 Actually, this sort of thing has been happening for a while now.  As far back as The Sixth Sense, 70s clothing has been pulled into the mix.  Moreover, Sixth Sense borrows heavily on the detached, clinical style of certain 70s and early-80s horror movies, such as The Exorcist and The Shining.   You know the kind of shot I’m talking about.  Steady or static shots of carefully framed tableaux, often in deep focus, usually with something irrational or horrific intruding matter-of-factly into an otherwise domestic, mundane, or banal – perhaps even aggressively banal – setting.  The resurrection of this stylistic tick is in marked – probably conscious – contrast to other styles of horror filmmaking which were on the rise at the time, most particularly the ‘found footage’ style, the early phase of which was exemplified by The Blair Witch Project.  Both styles were probably, in their different ways, reactions against the styles predominant in the late 80s, which tended to be very heavy on overt depictions of monsters, gore and/or body horror.  These make-up-and-practical-effects-heavy films were also often very frenetic, witty, and self-aware.  It’s no coincidence that the last gasp of such films (before they started getting re-made ‘on the square’) were boastfully self-aware, even pop-postmodern, films like Scream and Wes Craven’s New Nightmare. 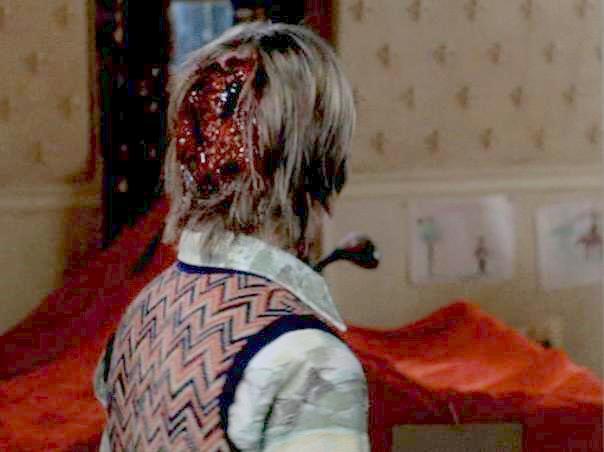 There’s a definite sense in which films like The Conjuring movies are an attempt to reclaim or relive the feeling of ‘seriousness’ in horror films.  Of course, the irony is that this very ‘seriousness’ is a function of the immaturity of the people who perceived it.  I’m not calling them immature now; I’m saying it made its mark on them in the way it did when, and because, they were immature.  The perception of seriousness comes from the intensity of unease which certain films inspire, and the unease is bound up with childhood.  The attempt to use the mundane iconography of a bygone era – the 70s and early 80s – is the tell here.  It harks back to an era when people my age – and James Wan, the director of the two Conjuring movies is a year younger than me – were encountering horror as kids.

I remember how anxiously fascinated I was by Tobe Hooper’s Salems’ Lot, Kubrick’s The Shining, The Wicker Man,Rosemary’s Baby, The Omen, The Exorcist, and other films (such as Peter Medak’s neglected masterpiece The Changeling) which, to the very young me, seemed deadly serious, transgressive, deeply unnerving, potentially traumatising, repellently alluring… and also inextricably bound up with flares and very wide lapels.  I was, paradoxically, more able to get my hands on films like these than the films which were ‘current’ at the same time.  In contrast to brand new films, which were in cinemas that wouldn’t let me in, or on VHS tapes I couldn’t afford and which my parents wouldn’t buy or rent for me, a lot of the previous generation of movies were on TV, recordable late at night. …