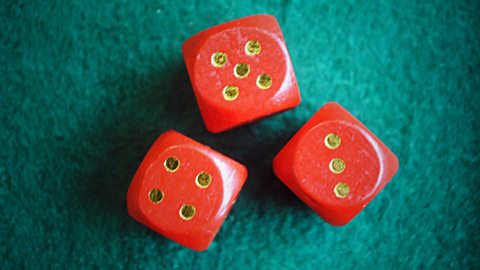 Okay, first let me apologise for the paucity of long-form written pieces here at Shabgraff lately.  Normal service will (hopefully) be resumed fairly soon, or a proper announcement of some new normal will have to be made.

Next, let me remind you all of the existence of two new(ish) podcasts featuring me.

There’s a new episode of Oi! Spaceman, in which I join Shana and Daniel to – for reasons that now elude me – talk about ‘The Return of Doctor Mysterio’. HERE.

And there’s a bonus mini-episode of Wrong With Authority, featuring myself in conversation with Daniel about the 2007 David Fincher movie Zodiac. HERE.

We may do more of these (comparatively) short extra episodes in future, with just a couple of us chatting about a movie outside our main sequence.  We’ve decided to call them Footnotes.  Because we’re just so damn cute.

On the subject of podcasts, there are some great Shabcasts coming up, including another Drunken Whocast (which seems to be genuinely becoming a new regular thing) and a fantastic chat between myself and Sam Keeper of Storming the Ivory Tower on Star Wars, Rogue One, etc.  We talked about, amongst other things, fans who say destroying the Death Star was bad because the economy, or something.  As if on cue, someone then wrote an online article arguing that Offred in The Hamdmaid’s Tale doesn’t have it that bad.  Ho hum.  Watch this space, as someone or other used to say.

I’d also like to thank everyone who donates to my Patreon.  It is a genuine source of amazement to me that anyone is prepared to pay even small amounts of money to help me produce my nonsense articles and podcasts, but they do… and god love the poor fools.  I’m not ashamed of asking for contributions, but I cant help ruefully reflecting on the fact that waiters in St. Petersburg during the Russian Revolution started demanding an end to tipping as a degrading custom.

Now, a word on more current politics.  If you’re in the UK, for god’s sake vote Labour. I don’t expect them to win, but the better their showing, the stronger it makes their position, and the more there is to build on in the future.  Jeremy Corbyn will lose, but if he can lose well, that alone will be worth having, a poke in the eye to a media and political establishment that has concertedly undermined him and pooh-poohed him from day one, and – by extention – the people he represents.  If he stays on as leader even in the face of a defeat, as I expect and hope he will, then the closer-run the election, the better.  Corbyn was, as I have always said, always a gamble and a long game.  But what else have we meaningfully got, other than yet another surrender?  And what have we got to lose?

Is Corbyn’s Labour perfect?  Far from it.  Deeper ideological issues aside, I’m still furious about the manifesto’s acceptance that free movement will have to end.  And there are other things like that.  But Labour are the only party committed to trying to make Brexit something other than a catastrophe for working people.  Indeed, Corbyn’s longstanding opposition to the EU as a neoliberal institution offers at least some hope of a left-version of Brexit… which is conceivably doable and worth having.

The LibDems hold out the false hope of avoiding Brexit (and believe me, I know the allure of that siren song) but all their promises depend upon us forgetting 2010.

Is Corbyn’s Labour a radical alternative?  No.  In real terms, the 2017 Labour manifesto represents nothing more than a diluted form of basic, moderate social democracy. But again, a return to even basic, moderate social democracy would, surely, be worth having.  Imagine a government committed to reversing the creeping privatisation of the NHS, reversing the privatisation swindle in other industries, reversing the vandalism done to our school system, ending the economic policies that have failed to achieve their own stated goals while ruthlessly widening inequality and deeping human suffering, staying out of the very foreign wars and clandestine shenanigans that generate tragedies like Manchester…

Seriously, in a sane society, the scandal of the government’s and establishment’s entanglement with jihadis, springing from the ruins our rulers helped make of Libya, and their continued complicity with the Saudi dictatorship, would bring down the government automatically.

Jeremy Corbyn said in 2003, as he joined millions – myself included – marching against his own party’s criminal plans to invade Iraq: “It will set off a spiral of conflict, of hate, of misery, of desperation that will fuel the wars, the conflict, the terrorism, the depression and the misery of future generations.”  Just add this to a lifetime of being on the right side of this argument.  Compare and contrast with Theresa May’s record of supporting and launching pointless, vicious, counter-productive Western imperialism.

Moreover, a Labour movement is really the only hope we have.  A revival of solidarity and struggle amongst the working class.  And that can only be strengthened by a left-wing Labour Party that isn’t just losing badly all the time.  A loss this time will still be a loss, but a strong loss could be the springboard for other, better things to come.

Labour in government is often weak, cowardly, and treacherous.  But an unreliable friend is preferable to the guy in blue who’s kicking you, or his mate in yellow who isn’t kicking you either but who is standing to one side, watching, filming it on his camera phone, and feeling self-righteous about not actually joining in.

That’s all for now, comrades.

Jack Graham wrote about Doctor Who and Marxism, often at the same time. These days he co-hosts the I Don't Speak German podcast with Daniel Harper.Support Jack on Patreon.
Eruditorum Presscast: The Pyramid at the End of the World The Lie of the Land Review