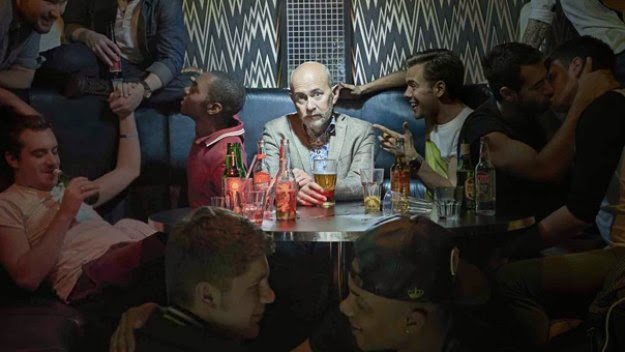 This is a bonus post, the topic of which was selected by my backers on Patreon. Voting is currently going on for next month's bonus post, with candidates including Orphan Black and China Mieville. Also Deadwood. Please, if you enjoy my blog and my work, consider chipping in a buck a week or so. Thanks.

Let's start with the title - mine, in this case, although Davies's is magnificent in its own right. I say this mostly as disclaimer - there's an awful lot to say about these three shows. They are very, very good. They deserve reams of analysis, and much of that really ought to come from within queer communities. They've gotten some, but not nearly enough. Nevertheless, I am me, and not the vast and polyvocal assemblage of queer communities, and I'm best known for writing a blog about Doctor Who, so the main angle here is going to be an auteur-centric take on the work of Russell T Davies. Much is left unsaid. Above anything else, I recommend watching them - if you're in the UK, I assume they exist via some sort of catch-up or video on demand service. If you ...

This post was supported by my Patreon. If you would like to continue seeing essays on this blog, please consider backing it, as the continuation of all parts of this blog besides The Last War in Albion past February 9th is contingent on the success of the Patreon. Basically, for a dollar a week, I'll keep blogging. Also, today is the last day of my post-Christmas ebook sale. All my Eruditorum Press books, for cheap. Comics reviews later today, though I think it'll only be one issue. Last War in Albion tomorrow.

I think it's probably best to say everything in the form of the big, ultimate point of the exercise, which is a Top Twelve Doctor Who Stories of 2014 list. Here it is, with changes relative to my post-Death in Heaven list indicated and letter grades. This is based on having done a rewatch between Death in Heaven and Last Christmas, except for Last Christmas itself, which I rewatched tonight.

Let me start by reiterating that 2014 was, for my money, the best year of Doctor Who I've been active for. I think it was better than ...

This review was brought to you by 156 kind patrons. If you like it and would like the blog to continue posting non-Eruditorum content, especially once TARDIS Eruditorum wraps, please consider joining them,
Instant reaction has it with 76.88% at an 8-10, with an 8 being the most popular rating, which is pretty standard issue. And to be fair, its faults announce themselves somewhat forcefully. There's a bit of a pacing problem - the ten minutes or so after Santa wakes everybody up the first time and before the sleigh sequence are an entirely unnecessary bit of padding, and I found myself getting restless on first viewing. Second viewing was kinder, but also solidified my sense that there's a problem there. Yes, it resolves a few levels of the Inception pastiche, but it's not delivering any significant development, and mostly seems there to get a forty-five minute story to take an hour. Also, the "last Christmas" metaphor is a bit vapid, or, at least, seemingly missing a definite article.
But the reason these problems seem so visible is because this story's chief virtue is its sheer level of confidence in what it's doing. Inception ...

Thank you so much to the 171 people on Patreon who made these reviews possible. It's not been the easiest past two months, and this has been an absolutely huge help. Come Christmas, I'll be back with one more review, and a season wrap-up, and then a bit after that I'll have something or other about future uses of Patreon, as it's been rather lovely, frankly. So thank you very much. This has been a wonderful bit of fun.
Well here we are, for one last round before, you know, the next round. Twitter is a somewhat mixed reaction. GallifreyBase has 71.65% on 8-10, with 34.62% of those tens. Me? I loved it.
It’s ostentatious as hell. It builds on Moffat’s previous tricks in so many interesting ways. You can accurately describe it as “the Doctor Who version of His Last Vow” or as “Eric Saward done right,” it’s got the first companion departure to top Doomsday (Donna is disqualified for the horrific consent violation involved), and it manages an entirely different take on the phrase “tomb of the Cybermen” than the one we had last week. It frames ...

This review was brought to you by 169 people on Patreon. There's still one left, if you want to be number 170.
This was always going to be the tricky one. Part one of two. I’ve actually never written a review of a partial story before. I mean, arguably An Unearthly Child versus 100,000 BC, but they are by distinctly different writers, and have their origins in different places. My point there was that it does make sense to treat them differently, even if it also makes sense to treat them as one. I sort of did with End of Time Part One and End of Time Part Two, but that was a slightly joke. So I think this is the first time I’ve ever really tried to think extensively about the aesthetic goals and merits of individual parts of multi-part stories.
Let’s start with the raves on Twitter, and the GallifreyBase ratings, which are 84.62% in the 8-10 range, 36.53% at a 10/10. Which is around what you’d expect a huge season finale to get if it’s working well, honestly. And as always with Moffat, it’s about ...

In the Forest of the Night Review 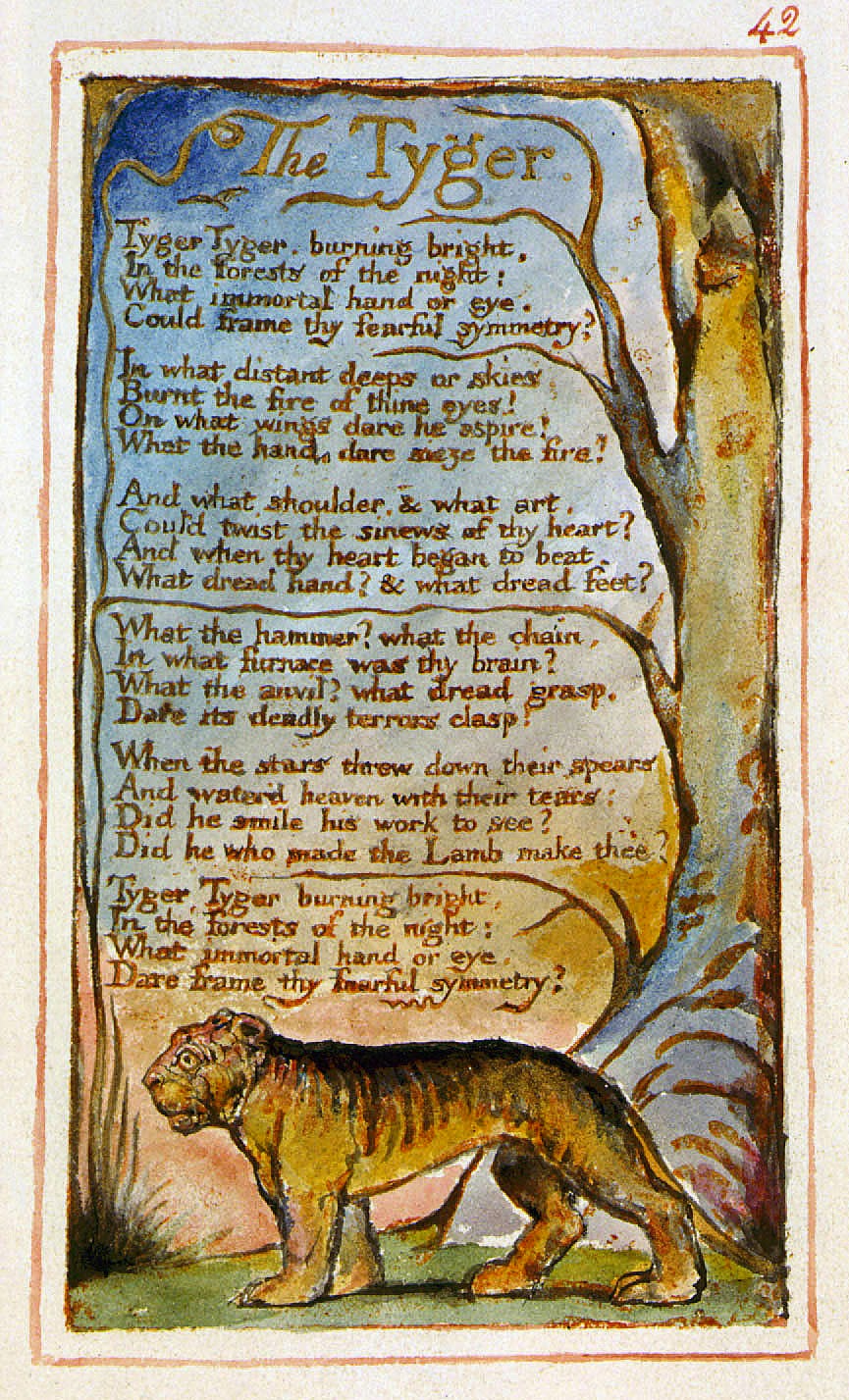 Thanks as ever to my 168 backers on Patreon.
Let’s play the Kill the Moon game again and put aside the question of public opinion, not look at comments, and just go straight out. Not because I’m about to go on another rave about how this is a transcendent piece of Doctor Who, although it basically is. You can basically fairly accuse it of being Kill the Moon as if it were the Olympic Opening Ceremony, and that’s a fair criticism, so, spoilers, I’m going to put it in second. Well, though you can fairly accuse Kill the Moon of being a pro-life parable. So I guess in the end it goes down to the aesthetics of the thing, and personal preference. I think the ending of Kill the Moon is paced a bit better. So still second, but damn, that’s close.
But the real reason I’m putting public opinion aside is that this is, as many thought possible, the Blake episode. And I should set that reading up quickly, because it’s tremendously important to the episode and how I’m going to read it. If you’re a Blake geek, this is ...

This review was brought to you by the generosity of my backers on Patreon. Please consider joining them. Also, if you're in the New York area, I'm doing a launch party for TARDIS Eruditorum Volume 5 (it's out, by the way). That'll be next Saturday, October 25th, at 3:30 PM at The Way Station, in Brooklyn. Copies of all five volumes of TARDIS Eruditorum will be for sale, and I will be signing stuff if you want to bring copies you already own. There's a Facebook event page here.

Hello folks. Let's take the temperature of the world, shall we? Comments thus far are quite positive. GallifreyBase has an impressive 84.4% in the 8-10 range, with 9 being the most popular at 32.69%, which has this at slightly more popular than Mummy on the Orient Express. I'll be honest, that surprises me a bit, as I was, for the first time this season, a bit underwhelmed.

That said, this one is tricky, and in a way that feels as though there’s an unusually high chance of my revising my opinion on it upon seeing what it's actually building ...