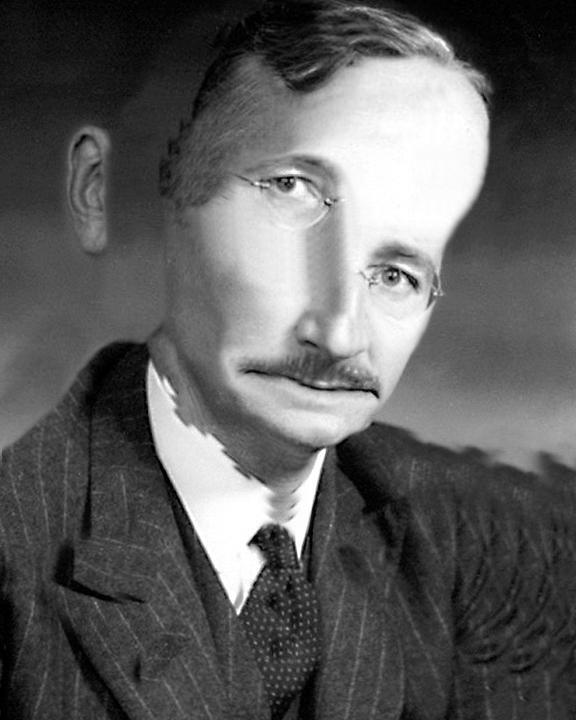 The early Austrian School was actually subject to a split.  It stemmed from the first wave of the followers of its founder Carl Menger.  Mengerians Friedrich von Wieser and Eugen von Philippovich were both a bit like Fabian socialists in their outlooks.  Wieser, for instance, seems to have believed that marginal utility (the radically subjective basis of modern mainstream economics) provided a theoretical foundation for progressive taxation.  But Wieser’s brother-in-law and fellow teacher, Eugen von Böhm-Bawerk, was of the classical liberal tradition.  Böhm-Bawerk was a strident anti-Marxist who developed many of his own theories - which became foundational to the subsequent Austrian School - in the course of his criticisms of Marx.  Böhm-Bawerk is still routinely credited by some with having demolished Marx… which he accomplished by systematically misreading, misunderstanding, and misrepresenting him.

The split was transmitted.  Böhm-Bawerk was Mises’ teacher, and Mises became fanatical in his rejection of state intervention (except when he wasn’t… it’s complicated).  Wieser was Hayek’s teacher, and Hayek is still thought by some hardliners to have been almost a socialist owing to his ability to countenance some welfare measures.  Hayek also believed a state was necessary… which makes him a cuck by anarcho-capitalist standards.  In Ancaptopia, law ...

In his famous essay 'The Dialectic of Fear' (published in New Left Review #136, Nov-Dec 1982) Franco Moretti used Marxist and Psychoanalytic criticism to provide a coruscating account of the twin monsters of bourgeois culture: Dracula and Frankenstein.

The entire essay is well worth reading and is findable online if you hunt about.  Here are some of the best bits about Frankenstein (the book):

Like the proletariat, the monster is denied a name and an individuality. He is the Frankenstein monster; he belongs wholly to his creator (just as one can speak of 'a Ford worker'). Like the proletariat, he is a collective and artificial creature. He is not found in nature, but built. Frankenstein is a productive inventor-scientist...). Reunited and brought back to life in the monster are the limbs of those - the 'poor' - whom the breakdown of feudal relations has forced into brigandage, poverty and death. Only modern science - this metaphor for the 'dark satanic mills' - can offer them a future. It sews them together again, moulds them according to its will and finally gives them life, But at the moment the monster opens its eyes, its creator
draws back in horror: 'by the glimmer of the ...

Israel is currently killing hundreds of people in Gaza.  As they do from time to time.  To make something Abba Eban once said true by simply inverting his meaning: the Israelis never miss an opportunity to miss an opportunity for peace.  Though even that is too kind to them.  As even White House senior staff acknowledge, the Israelis don't want peace.  Give them everything they've ever wanted, and it still isn't enough - because what they say they want isn't what they want.  What they really want is to continue the war until they have finally completed the work that David Ben-Gurion left unfinished, and eradicated the Palestinians.  The mindset of Israel is genocidal, and becoming more openly so by the day.

It is now clear to a great many people that what happened to the Native Americans as a result of the institution and independence of the United States of America was a scandal, a holocaust and a tragedy.  The idea is so commonplace it's become a sentimental truism in pop-culture.  Well, Israel had not done very much that America didn't do in the process ...

The more I think about it, the more I think a humble, sympathetic, non-domineering, non-entryist engagement with the anti-oppression movements springing up around issues of gender identity (i.e. Trans issues) is going to be absolutely crucial for the Left in the coming years.

This isn't just a moral imperative.  Sure, the Left must stand with the oppressed.  Always.  By definition.  Otherwise why bother being on the Left?  Otherwise, what does 'The Left' mean?  But it's also a tactical imperative.  The system must be attacked at its weakest points.  The righteous and rightful rage felt by many on the axis of Trans oppression is absolutely one of the system's weakest points.  It hits people where they live: in their bodies.  Bodies are oppressed, disciplined, punished, curtailed, invaded, wounded and even dissected by capitalism... and it behoves the Left to realise that this happens in arenas outside the sites of direct capitalist production.  This is one of those things that everyone formally 'gets' and then puts to one side.  That's not good enough.  Capitalist oppression is total, hegemonic, far-reaching and omnipresent.  It ...