City of the Dead: Dr. Terror’s House of Horrors

Elizabeth Sandifercity of the dead1 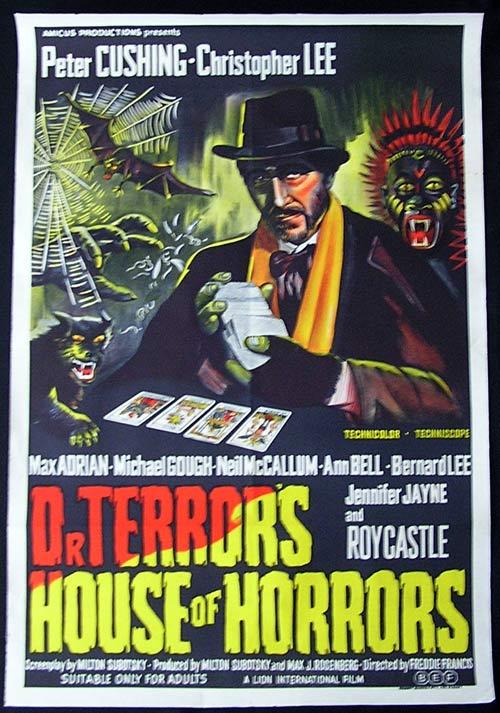 Along with Pex Lives itself and the Shabcast, one of the podcasts Eruditorum Press picked up when we took Kevin and James onboard was Holly Boson and James Murphy’s City of the Deadpodcast, which is looking at all of the releases from Amicus Films in turn. Readers of this site probably know Amicus best for the two Peter Cushing Dalek films, but on the whole they’re better known for a series of horror anthology films that James described to me as a sort of cut-rate Hammer Horror. Today we’ve got a look at Dr. Terror’s House of Horrors, a five-part anthology film featuring Peter Cushing as Dr. Terror instead of as Dr. Who, telling the awful fates of people on a train. You can grab that here.

Attentive listeners have already gotten to hear Holly back on Shabcast 12 talking about Kesha, and it’s my pleasure to give you all another dose; she’s one of the smartest voices in fandom right now, and it’s our sincere hope that she’ll be doing a lot more work for us here.

City of the Dead 8: The Psychopath

City of the Dead 5: Dr. Who and the Daleks