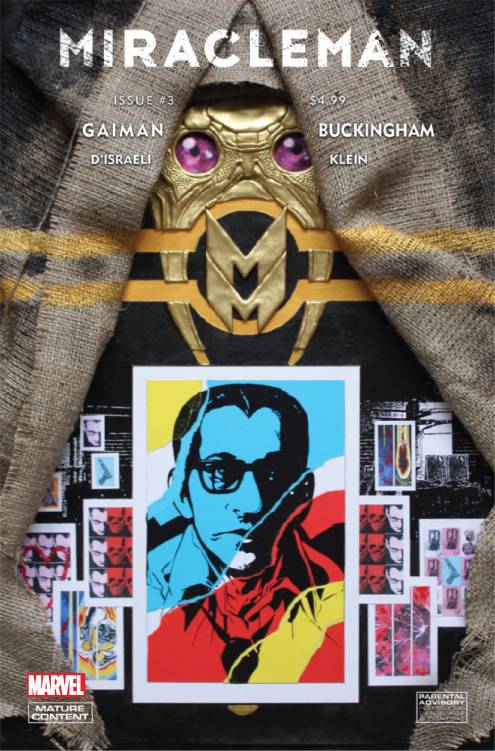 From worst to best of what I paid money for, sometimes reluctantly.

So let’s start with why Marvel can go fuck themselves, which is releasing three $5.99 books in the same week, two of them preview books (the third being Amazing Spider-Man #1, which is what, the second one in two years?). Seriously, could none of these have been launched on last week’s super-light week? It’s not as though the preview book is a pinnacle of comic art, since a typical preview book consists of eight-pagers that have to intrdouce a premise and then not do anything with it because someone might buy issue #1 without buying the preview. Frankly, this is the sort of shit that should be being released for free online, since it’s advertising. This book is literally the reader paying to have these books marketed to them. Anyway, despite that there are some promising titles in here – I love Al Ewing’s take on America Chavez, and Uncanny Avengers actually catches my eye, not least because Duggan is good. But all that means is that the advertising was effective for other books – it doesn’t make this any less of a complete rip-off.

Only picked up because my shop wasn’t ordering rack copies and I didn’t want to stick them with one; I’ve made up my mind to drop this cheap name cash-in due to the fact that it contains nothing that can meaningfully be described as writing. This month they’ve even done away with the bad Grant Morrison interview in the back.

I have high hopes for this book in spite of the problems – it’s the sort of big, fun premise Al Ewing does excellent work with, and I’m sure his crashing together bits of Marvel will be entertaining. But here’s the thing – this is a $4.99 first issue, released the same week as another $5.99 preview book framed by a Contest of Champions issue. That’s basically $11 for the first installment of a story that trumpets its “based on a free-to-play mobile game” status, which is the most transcendently perverse thing I’ve seen in comics in a long time.

The marquee book of All-New All-Different Marvel Now, a banner so shitty I notice they’re not actually putting it on the covers of things. I suppose I should thank Marvel for not charging extra for the cardstock outer cover. But man… this is bog standard Iron Man. It’s the same Iron Man that Kieron Gillen was writing, and that Matt Fraction was writing before him. Yeah, we’ve got Bendis dialogue, which suits Tony well, but this is neither new nor different. And look, in a week where Marvel has already put me in a mood that says “their books are mainly rip-offs,” having the marquee book of your latest relaunch be indistinguishable from every previous take is just… not a great idea? I mean, Jonathan Hickman said that he wanted to call Secret Wars #1 “A Great Jumping-Off Point.” But I don’t think that was supposed to be the point, was it?

This was fun; I’ve enjoyed the way the Marvel Star Wars books have been working at how to integrate the prequel trilogy with the stuff people actually care about, and Rucka’s obviously having a blast with this. It’s a fluffy comic, to say the least, but I’d rather read five issues of it than watch the first three Star Wars movies again to vaguely remind myself what the hell goes on in those movies prior to the Abrams film. Bonus points for being very pretty. But on the whole, if I’m being honest, I’m only buying it out of brand loyalty to Rucka.

This was in no way a story over five issues. It was an opportunity for Sorrentino’s striking art, though I think she’s more visually appealing than skilled at storytelling, and there were some lovely character beats in this issue, but on the whole, this was a refreshing reminder, after being so irritated at the new Marvel, of how much I hated the old one too. Not the old old one, though; just the Secret Wars one.

Some very good payoff on the “Vader discovers Luke survived” plot, although the stuff with Inspector Thanoth is spinning its wheels a bit. But an issue of Darth Vader where Aphra gets the best scenes is hardly what you’d call unusual. (And Aphra definitely gets the best scenes.) Somewhat puzzled by the extent of Vader’s hubris regarding Thanoth – it’s a bit odd to put the reader ahead of Vader to quite that extent. Justifiable, and I’m sure Gillen will do something interesting with it, but odd.

This picked up over the course of its four issues, and by the last act became a good and satisfying arc that fits well into the larger story of Angela. Not sure I’ll follow her to All-New All-Different Marvel, just because holy god am I skeptical about that relaunch at this point, but this was satisfying. Satisfying enough to be a good jumping-off point even.

Despite a shambolic production schedule (and I love that this still says #6 of 8 on the cover), the fact that Esad Ribic is regularly omitting or minimizing backgrounds, a plot that would be leisurely if it were monthly, and the fact that all the tie-in minis have left off at the brink of a confrontation that’s not actually seemingly very close to happening, this is a well-executed and compelling comic that I legitimately enjoyed. It’s a pity the quality of Hickman’s story is being tarnished by everything going on around it.

Not nearly as much punch as the previous issue, but that giddy thrill of seeing a Sandman-era Gaiman doing new work on one of Alan Moore’s first great canvasesis still genuine, and the fact that the price point issue has stabilized ($4.99 is fair for twenty-six pages of story and eighteen pages of backing features in today’s market, even if the backing features are just uncolored art) makes this an easy book to enjoy when it comes out.

Gillen’s possibly temporary farewell to the Marvel Universe comes to the ending you’d expect from him, namely one that’s at once apocalyptically grim and strangely hopeful, with some fantastic jokes throughout. The final page is an emphatic exclamation point, and a skillful use of the house style of Secret Wars. And it’s just always fun to see Gillen writing Abigail Brand. But mostly this is at the top of my list because of the sound effect “ENLIGHTENED!”