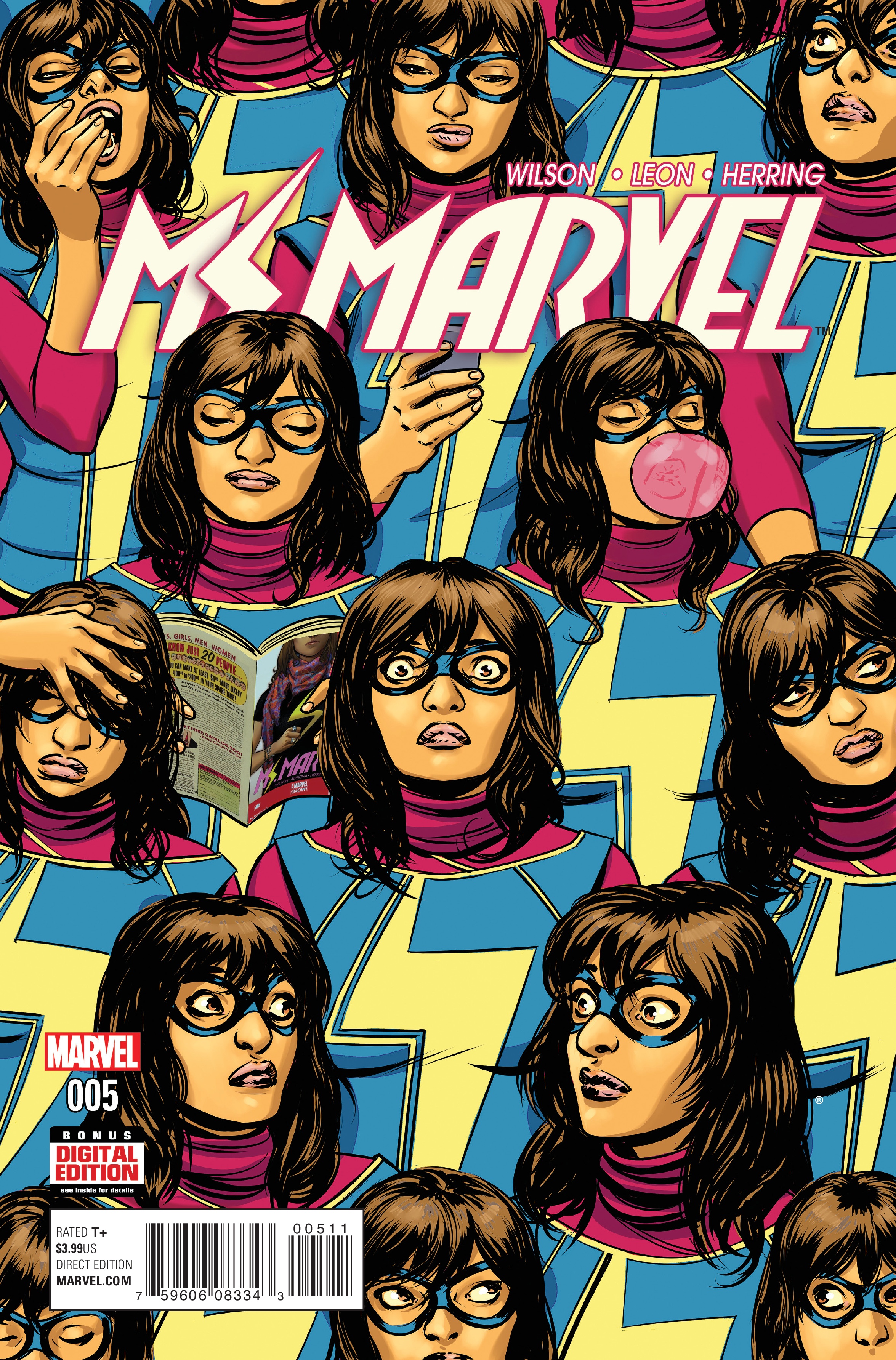 Guardians of the Galaxy #6

The good part of this thin and uninspiring week is that even the lowest ranked book is pretty good, especially for this largely disappointing All-New All-Different relaunch. A nice two-hander that focuses on the relationship between Peter Quill and Kitty Pryde, it provides Bendis the space for the sort of hyper-talky character work he excels at. It’s artful, but often heavy-handed, not least with Kitty’s tear-stained shout of “it’s a concentration camp.” Although “chag sameach, mother-#$@#$@!” almost makes up for it. Still seriously minded to drop this, but at least I can see why someone else would enjoy this issue.

A very silly premise is allowed to get a bit out of hand here, and while numerous parts of it are thoroughly delightful, perhaps most obviously the stunning line “what, Tyesha gets to be a Muslim but my anarch-atheism is a phase?” the whole feels like markedly less than the sum of its parts, and like this story is more an opportunity for everyone to be silly and let their hair down than anything else. I suppose after an apocalyptic Secret Wars arc and a big reintroduction that’s deserved, but equally… meh.

A strong issue long on good character beats, with genuinely fantastic exchanges between Gwen and her father, Gwen and Captain America, and Gwen and Harry Osborne. The last of these is probably the most interesting, providing one of the book’s characteristically clever reworkings of the standard Spider-Man relationships and offering an insight into some of the ways in which Gwen is better at this than Peter. Not exactly thrilled that we’re headed into a crossover next month, but I’ve been curious about Spider-Woman and am at lest game for it.

“I Can’t Drive Warp 5”: Force of Nature Shabcast 17 – It’s So Stimulating Being Your Hat