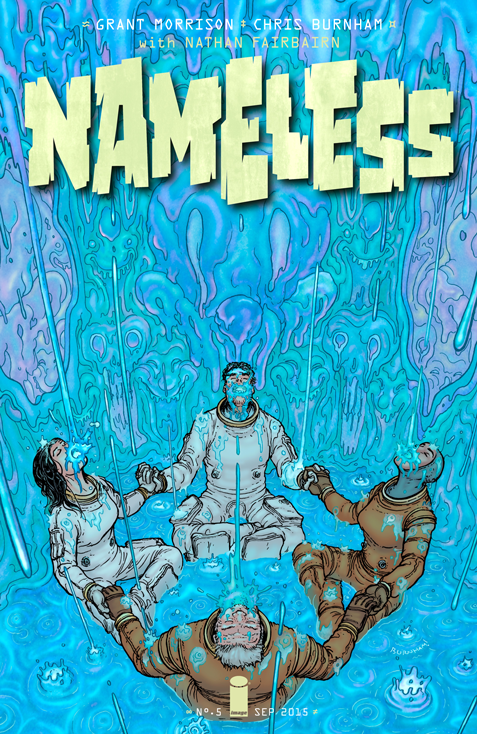 Speaking of reviews, I could use Weird Kitties reviews for Sunday. snowspinner at gmail. Doesn’t have to be long at all; just a recommendation for something Hugo-worthy. (Next up on my reading list, The Dark Forest, but I don’t imagine it’ll be ready for Sunday.)

From worst to best of what I bought, which was surprisingly little this week. And next week will probably be even more ridiculously small. Ah, the direct market.

Doctor Who: Four Doctors #5 There are some nice moments here – I quite like the Twelfth Doctor’s inversion of Hartnell’s “what’s a breach for” into “what’s a bridge for? Burning.” It’s a pity Neil Edwards is drawing him to look like Peter Cushing in the scene in question. More than a bit uncertain about the Ninth Doctor cameo as well – it seems like a pointless side trip, and the claim that no timeline exists in which he’s not “fantastic” is frankly ridiculous. All in all, a nice bit of fluff, but ultimately marred by being a five week summer event that had three weeks pass between its last two issues and concluded after the series came back and when better-than-average Doctor Who methadone like this was no longer nearly as needed. Fun, but it feels like it should have been so much more.

Speaking of series hurt by their delays, here’s Grant Morrison’s engagement with nihilism. Somewhat puzzled by his pastiche of the famous seance-gone-wrong sequence in Alan Moore’s Swamp Thing; is he trying to suggest that Moore is a nihilist? Dense and chewy Grant Morrison is always a pleasure, but his heart just doesn’t feel like it’s in this.

It’s interesting, there is, by any normal standard, too large a cast here. But the storytelling is clear and does a good job of reintroducing characters as it uses them, and the book is terribly fun. Particular kudos this month to Bengal, who steps in for Babs Tarr and maintains much of the book’s signature high panel-count style (no wonder Tarr needed a break) while bringing her own style to things. This really is one of the best superhero books of its day.