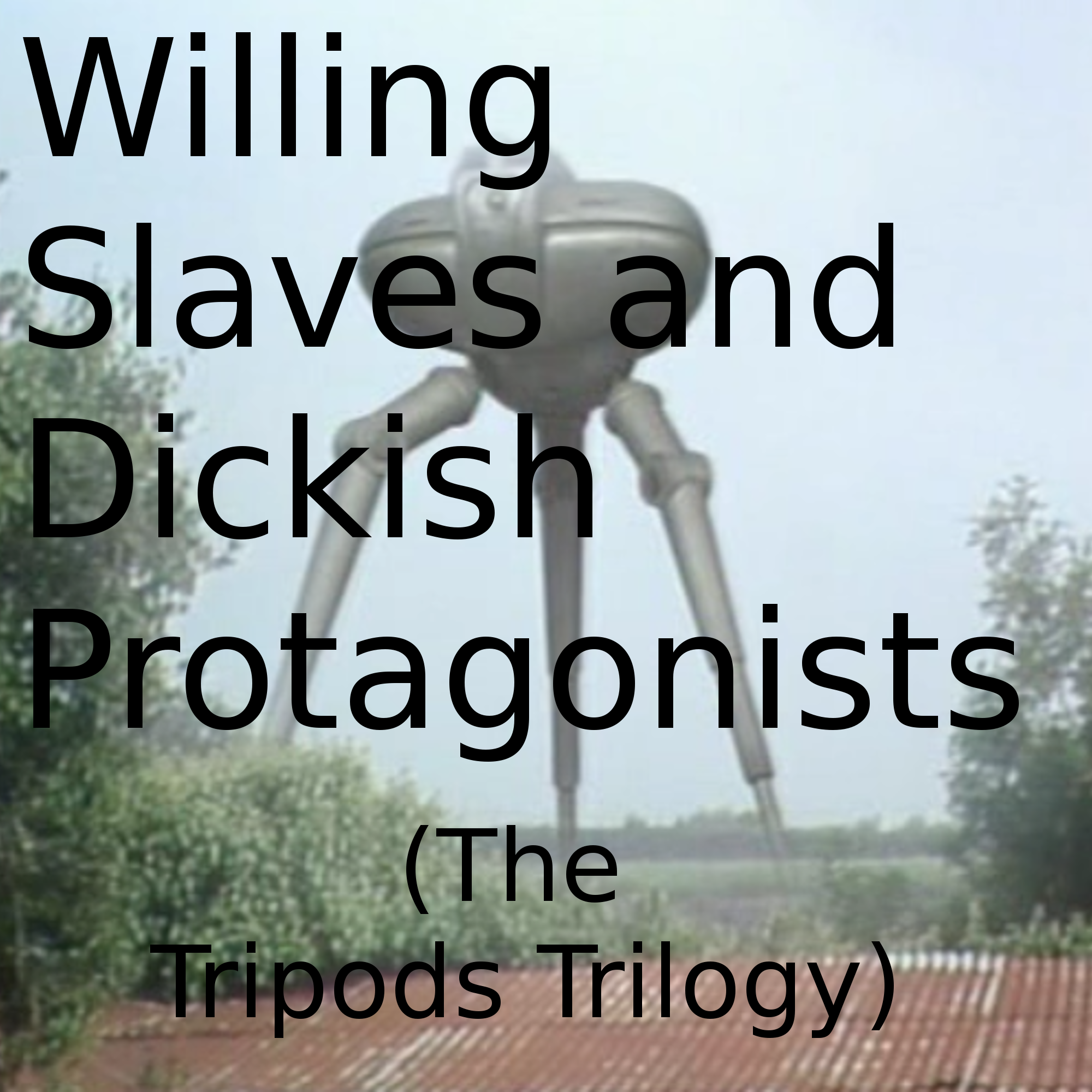 y Gun is back, and this time I’m joined by Kit Power, who has had an increasing presence on the EP podcasts as of late, having appeared on Pex Lives, a previous Oi! Spaceman, and the most recent Shabcast. We’re discussing a book trilogy that meant a lot to him as a young man, John Christopher’s Tripods Trilogy, which are comprised of The White Mountains, The City of Lead and Gold, and The Pool of Fire. There was also a BBC production in the eighties of the first two books, which I haven’t seen but from which I stole the image you see to the right. Because that’s how I roll here.

I had never heard of the trilogy before Kit recommended them, so I’ve included a brief synopsis of what you need to know at the beginning of the podcast episode. We have a wide-ranging conversation, covering not just structural details of the trilogy and the nature of the shithead protagonist Will, but also the meaning of religion in people’s lives, the horrors of chattel slavery and the Haitian Revolution, and of course there’s a brief Adric mention.