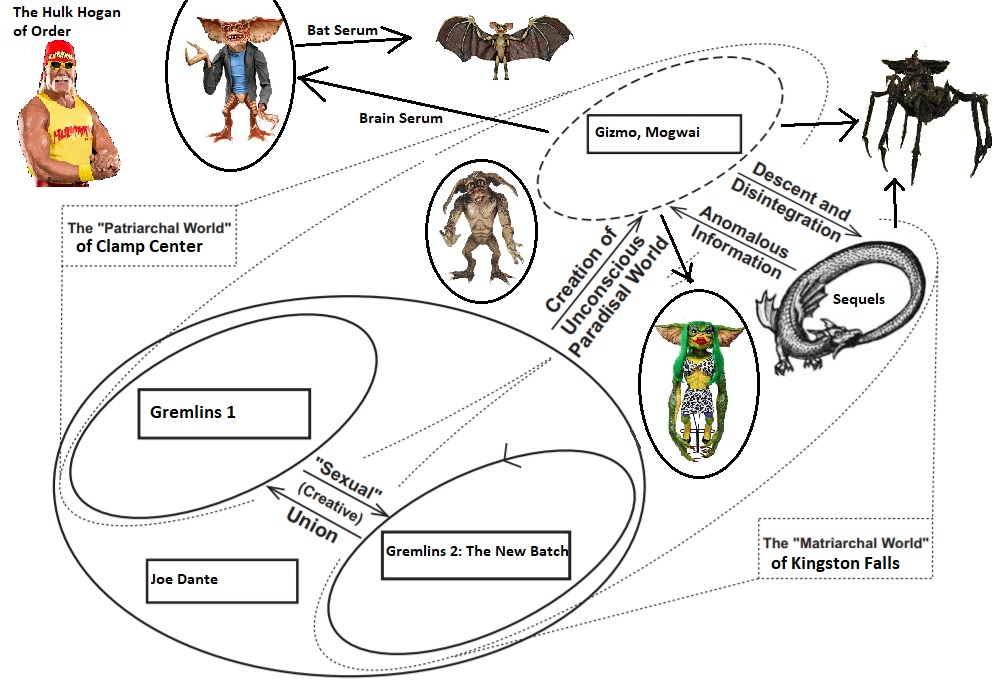 Never before have I encountered such a complex, intelligent, and daring work of satire.  This “Jordan Peterson” character is the most cutting-edge performance art I have ever encountered.  No sincere leftist commentary has ever exposed the link between seemingly banal conservativism and borderline-fascism in such an easily understandable way.  This one-man-show is the bumbling Canadian answer to Laibach. As an expert in pseudo-academic nonsense, I have to salute my superior on this one.

“Jordan Peterson” is a work of parody known as stiob: “an overidentification with the person or idea at which it is directed and that it is often impossible to tell if stiob is sincere support, ridicule, or a mixture of the two.”  Stiob arose from the late Soviet years, during the Brezhnev era. There are many eerie similarities between that time and our own – the government was largely ran by a cadre of septuagenarians, wages had stagnated, yet all official narratives insisted that there was no alternative.  The horizon of possible futures was closed. Into this fray, a new form of parody emerged, one that was often indistinguishable from the thing it was criticizing.

Take, for example, the Slovenian industrial band Laibach.  Their artwork and performances are rife with totalitarian imagery, which leads many to wonder whether or not the band themselves are fascist.  Laibach can be seen as an example of “stiob”, employing a strategy of subversive affirmation or over-identification in order to tease out truths that cynical distance could not.  It is not “satire” as we would usually understand the word.

Many in the West have tried to inhabit this mode.  Take for example, the pseudo-conservative pundit character of “The Colbert Report”, or the witless, cringe-inducing Alan Partridge.  However, both of these characters often appear accompanied by a laugh track, and their antics are confined to clear comedic contexts.

This Jordan Peterson character, however, is something else altogether.  His commitment to the bit is commendable. Peterson is portrayed as a pompous, self-serious buffoon.  Though I have to admit, the fake Canadian accent is a bit over-the-top, it really challenges the believability of the character.

Despite his recent notoriety, the most towering accomplishment Peterson leaves behind is his earlier book, Maps of Meaning: The Architecture of Belief.  This is the greatest academic practical joke ever conceived. Despite its name and intimidating 500+ page length, the book manages to pull off the impossible, and leave the reader with no meaning whatsoever.

It reads like a cross between Joseph Campbell and Timecube, interspersed with diagrams of the auto-fellating dragon of chaos.  Peterson seems hellbent on finding every hokey pseudo-science and subsuming it into his personal worldview. Jungian psychology, evolutionary psychology, social Darwinism… the man has spent decades on what is fundamentally unprovable quackery.  It’s sprawling, pedantic, repetitive – a commentary on the demand for quantity over quality that has become so common in academia today.

Occasionally, however, there is a wink at the audience, a fleeting glimpse behind the curtain.  Peterson includes a passage from Jung on the topic of the “persona”, a feigned individuality. He then remarks: “Despite my verbal facility, I was not real. I found this painful to admit.”

There is a pattern to all this, a consistent comic formula that Jordan Peterson falls back upon.  He begins with some banal conservative belief, or piece of popular culture, and breaks it down, spins it out to its logical conclusion, until he independently arrives at a kind of fascist mysticism.  For all his concern about totalitarianism, he fills “Maps of Meaning” with messianic imagery, obsesses over chaos, and charges those who oppose his notion of meaning (one derived from personal interest) as being “weak” and “degenerate”.  These figures are unable to defend from the chaos without, but also simultaneously violent and absolutist. As Umberto Eco put it in his famous essay on Ur-Fascism: “by a continuous shifting of rhetorical focus, the enemies are at the same time too strong and too weak.”

For years I’d been hearing leftists claim that conservative thought is always mobilized in defense of the ruling classes.  In response, many right-wingers have taken to insisting they are, in fact, “classical liberals”, and that their politics flows from a respect for freedom and markets rather than defending the powers that be.  Enter Jordan Peterson. On the surface he seems like a milquetoast conservative. But when it comes time to defend inequality, Peterson points to animal hierarchies as a justification. His individualism does not arise from a place of ethical consideration, but out of biological essentialism and social darwinism.

The bumbling professor, despite all of his appeals to the contrary, keeps accidentally rediscovering fascist ideas.

Or take his analysis of pop culture.  I used to think that classic Disney movies were just good fun.  I’d heard feminists say it was rife with limiting, gendered stereotypes, but I don’t think I really internalized that criticism – until I saw Jordan Peterson analyzing pop culture. By taking these roles and treating them as biologically programmed fact, Peterson demonstrates how deeply these ideas permeate our media landscape.  In his book 12 Rules for Life he chides postmodernists for making language about power, for deconstructing the gendered aspects of language.  The brilliance of Peterson’s satire is that he takes the opposite approach – he reconstructs these gendered binaries, creates an entire system of justification from scratch.  For example, most of his work revolves around order/chaos, and he clearly privileges the former over the latter – while Peterson will insist both are necessary, his book’s subtitle is “An Antidote to Chaos”.  He criticizes the postmodernists for talking about gendered language, and then proceeds to explicitly associate “masculine” and “feminine” with a whole host of traits and concepts. Peterson (as a character) demonstrates absolutely no understanding of the figures he criticizes, such as Derrida, while all the while he proves them correct by carrying out this “deconstruction in reverse”.

I would also like to praise the performance aspect of Peterson’s work.  He claims to be against authoritarian doctrines, yet he has an audience of energetic young men who will threaten and mob any criticism of their heroic leader.  They see no irony in comparing Peterson to a saint, or even to MLK. In “10 Items of the Covenant”, a sort of manifesto or mission statement, the band Laibach write: “All art is subject to political manipulation, except for that which speaks the language of this same manipulation”.  Peterson’s masses of adoring fans are a key part of this performance. In a sense, this mirrors the late Soviet movement of “necrorealism” – in its earlier years, they would stage large public brawls, with the goal of getting the public and the authorities caught up in these directionless fights.  Peterson has mobilized a mob in much the same way. Is it ethical? Not at all. But genius cannot be constrained by such petty concerns as public safety.

There are moments where he almost breaks character – take his story about lobsters, in his more recent book.  Peterson knows nothing about biology, but he plunges forward with complete confidence, shamelessly preaching an understanding of evolutionary psychology that sounds like it was ripped straight from a Pick Up Artist forum.  Even funnier is the running assumption that the reader must be a loser – it seems that, in these passages, the man behind “Jordan Peterson” the character lets his contempt at his audience shine through. One paragraph begins: “Maybe you are a loser. And maybe you’re not—but if you are…”  He also implies that they lack a “healthy, desirable mate”. He describes being turned down for a date as an encounter with chaos. He manages to openly insult and belittle his audience while never breaking character.

In Gremlins 2: The New Batch, one of the green monsters drinks a serum in the genetics lab, and gains a capacity for intelligence that far exceeds that of his kin.  He later dons a turtleneck and blazer, and gives an interview on live TV. The Brain Gremlin says he wants civilization – and yet, his idea of civilization amounts to nothing but a series of cultural images and signifiers: “The fine points: diplomacy, compassion, standards, manners, tradition.”

Despite his overludes to civility, the Brain Gremlin proceeds to execute the Propeller Hat Gremlin with a revolver.  Ultimately, his talk of civilization amounts to nothing more than a smokescreen, a high-minded way of justifying and flattering the worst impulses of his fellow Gremlins.  He puts a veneer of respectability over their violent hostility – the same could be said of Peterson.

Hell, he even sounds like the Brain Gremlin at times: when talking about order, Peterson associates the concept with “the political culture, the corporate environment, and the system. It’s the “they” in “you know what they say. It’s credit cards, classrooms, supermarket checkout lineups, turn-taking, traffic lights, and the familiar routes of daily commuters.”

Peterson makes me angry.  Not because his worldview is a thinly veiled revival of the fascistic cult of the hero.  Not because his politics proceed from a form of biological essentialism based on junk science.  Not because he pretends to be a champion of free speech while calling for purges of entire university departments.  No: he makes me upset that I did not come up with such a character first.

If taken seriously, he is moronic and dangerous.  But taken as a work of intellectual Outsider Art? Goddam brilliant.

Guest Post: Alternate Histories, Part 2c: No, Really, I’m Just Making This Up As I Go

Guest Post: Alternate Histories, Part 2b: I Still Have No Idea What I’m Talking About

Guest Post: Alternate Histories Part 2a: I Have No Idea What I’m Talking About