I Pilfer: The Newsletter of the Ithaca Psychogeographic Liberation Front

Hey all – just a heads up that I’ve started a newsletter for the Ithaca Psychogeographic Liberation Front. It’ll mail out eight times a year. You can sign up for it here. The first installment of it is below if you want to get a sense of what it’ll be like.

Oh, and Jack’s on Fridays now, so do check back tomorrow.

Hello. We are the Ithaca Psychogeographic Liberation Front. This is our cross-quarterly newsletter, coming out eight times a year to give you the latest news on the struggle to liberate Ithaca from a variety of nebulously defined forces. You’re subscribed to it either because you asked to be or because you downloaded Articles of Secession, our debut release. If occasionally being treated to our deranged musings was not something you meant to sign up for, there’s an unsubscribe link at the bottom which you can use to depart our newly liberated Ithaca in favor of the frozen wastelands of reality. Careful though: there are wolves out there.

“Beneath the paving stones, the beach” graffitied the Situationists in 1968. But more than that, beneath the paving stones are a vast kingdom of histories and memories. This is the domain of psychogeography, which attempts to understand physical spaces primarily through human experiences of them. To psychogeography, a street corner is not primarily understood as the intersection of two stretches of pavement, but rather as the accumulated intersections of decades or centuries worth of individual journeys along those roads, all the shops and apartments to have been built up and torn down, and entire philosophies of urban design and trajectories of history that led the roads’ existence in the first place. The Ithaca Psychogeographic Liberation Front will not rest until the physical Ithaca has been entirely supplanted by this imaginative dimension.

The IPLF’s inaugural release, Articles of Secession, has been a solid success, raising more than $300. We’re waiting for the last few Bandcamp payments to process and for the money to come in from selling the last zine edition on eBay, but we’ll be donating that money to Ithaca Welcomes Refugees in the next couple of weeks. Thanks to everybody who supported the release. If for some reason you missed either the video or the single, here are those links.

We know a lot of our followers aren’t actually from Ithaca, so we thought a super-quick overview of the city might be in order. First, the Finger Lakes – a set of ten oblong lakes cut in the middle of what’s now New York by glaciers. Ithaca sits at the southernmost tip of Cayuga Lake, one of the two biggest. As the famed slogan goes, “Ithaca is gorges,” which is to say that it’s a ridiculously hilly city defined by the gorges cut by three north-flowing creeks: Fall Creek, Cascadilla Creek, and Six Mile Creek, and by the frankly preposterous number of waterfalls in and around town. These gorges end up forming three main hills, which we don’t have nearly as good names for: East Hill (containing Cornell’s main campus, and both Fall and Cascadilla creek), South Hill (containing Ithaca College, and separated from East Hill by Six Mile Creek and its gorge), and West Hill (generally the poorer part of town, and on the other side of the lake from the universities and downtown).

The Finger Lakes region is New York’s agricultural heartland, and the combination of this and the universities is what defines Ithaca in practice. Without the universities, it would be a small hub in farm country; without the agriculture it would be a bog standard college town. Between the two, however, you’ve got a thriving small city with strong progressive values that defies the usual talk about upstate New York’s economic decline. It’s not utopia by any means, but it’s at least a satisfying place to try to build one. Certainly we’re proud of it, and look forward to exploring its psychic depths for your entertainment and edification.

STATE OF THE CITY

After a brief proto-Spring, Ithaca has settled back into its usual winter mode of dumping an inch or so of snow on you every day at random times. As one meteorologist memorably rued on Twitter, “lake effect snow is a subtle phenomenon.” Still, the winter setting fits the larger mood. Ithaca has memorably been described as “ten square miles surrounded by reality,” and in the current political climate, that hits hard. On the whole, we’re well-provisioned for a siege, by which we mean that we’ve got loads of hot chocolate and a good number of local cideries. But we’re still in for at least four years of fighting every single day to sustain our shining city in a gorge. In that regard, a daily bit of light shoveling is a useful reminder: it’s cold outside.

The IPLF’s next project will be a live performance piece expanding on the themes of Articles of Secession and relating them to Ithaca’s rich history. Currently Phil is spending Tuesdays at the Tompkins County Historical Society writing and researching it, and we hope to debut it later in the year. More news when it exists, and probably some facts and tidbits from it in our next newsletter.

WHAT IS ACTUALLY NEXT FOR THE IPLF

The IPLF itself is currently doing most of its work on Instagram, where we’re posting a daily photo accompanied with oblique commentary to gradually map the psychic landscape of Ithaca over time. Here’s a couple highlights: 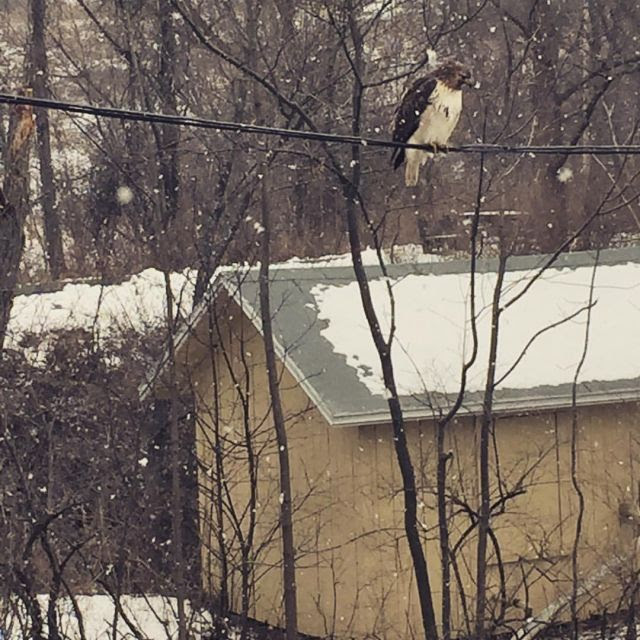 A light, steady snow of large flakes that shatter as they hit the ground. If I were a hawk, I’d stop to watch as well. 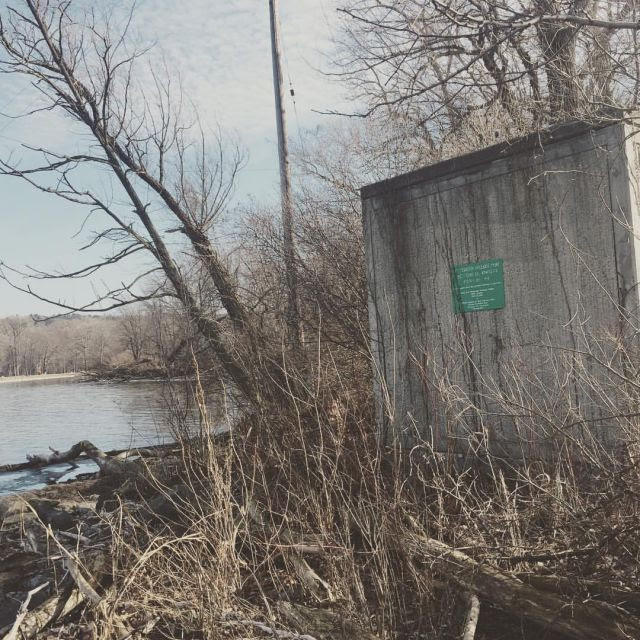 The remnants of ice clanked like windchimes in the waves while a phalanx of geese waged a protest march above. In the distance, reality is just audible. 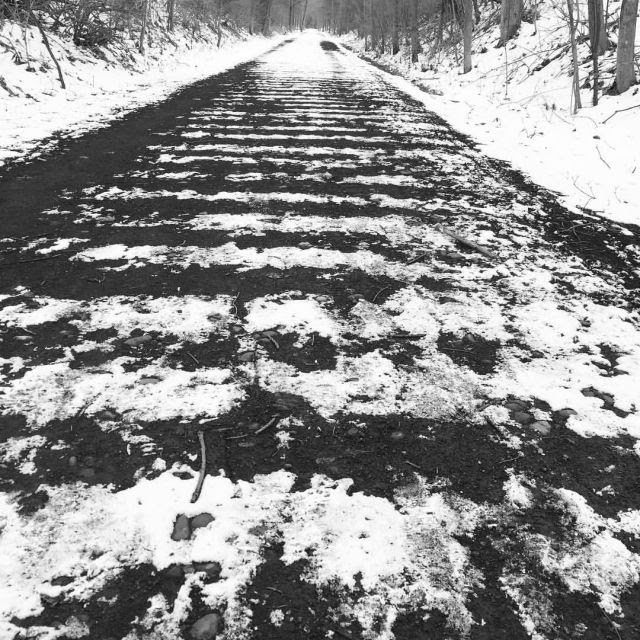 The ghost of the old rail bed beneath the trail re-emerges in the pattern of melting snow. This is the very essence of psychogeography.

Given our secession from identity the IPLF does not have members per se. But if you want to see other stuff some of us are doing…

Meredith is regularly reviewing hard ciders from around the world, including many of our local Finger Lakes offerings, at Along Came a Cider.

Alex is putting the finishing touches on the next Seeming album. You can get their existing catalogue on Bandcamp.

Phil blogs once weekly at Eruditorum Press, where he’s joined by a motley crew of non-Ithaca residents in trying to overthrow western civilization with sci-fi reviews. He recently released The Last War in Albion Volume 1, a history of British comic books and the magical war between Alan Moore and Grant Morrison.

Psychogeographic liberation isn’t just for Ithaca. As you travel around wherever you live, pay attention to its hidden geometries. Listen for history and ghosts. Look for liminal spaces – the zones between neighborhoods, and the ways things fit together separate from the major roads. Mythologize it; understand its spirits of place.