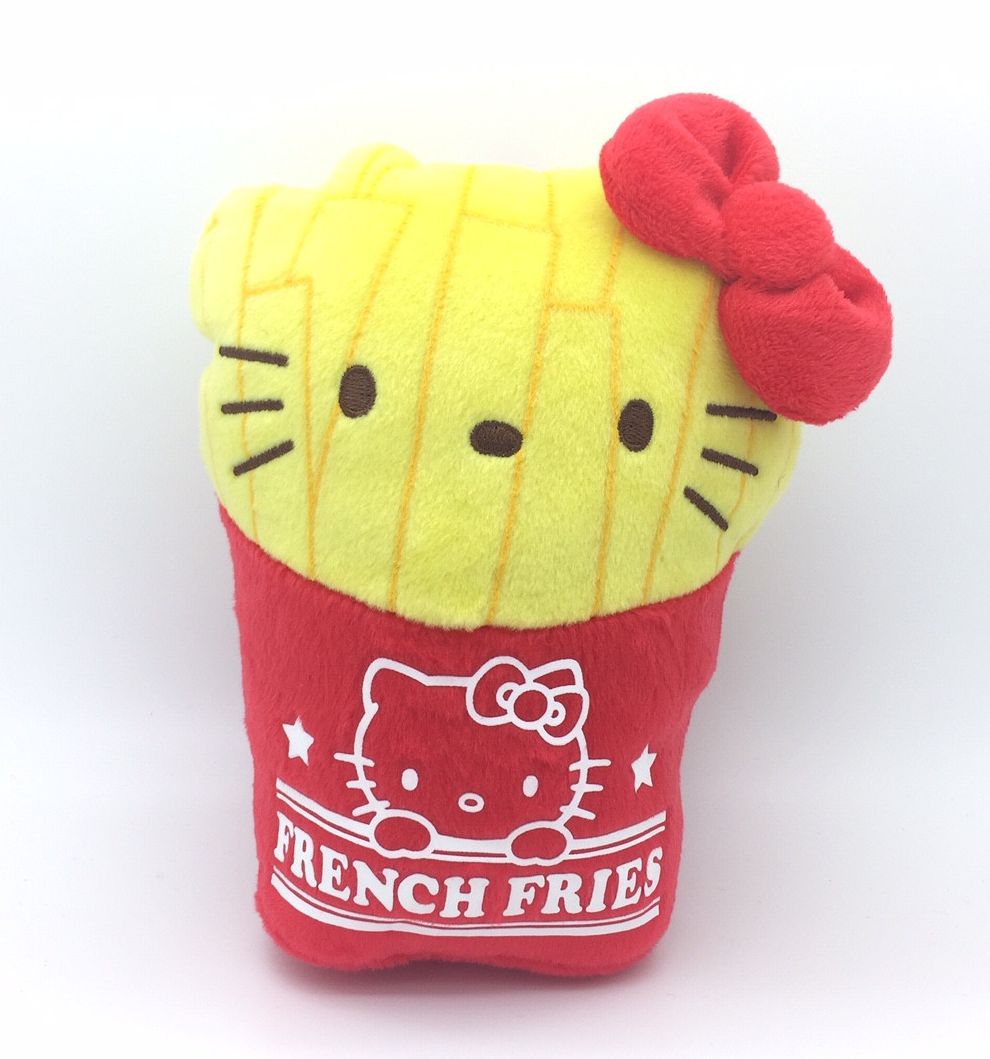 So, yes, we’ve got another Giant Woman podcast on tap for you.  Woo hoo!  But I’m struggling to find good pictures of giant women from pop culture. Too many are simply objectifying; others fall into a warrior aesthetic that really doesn’t capture our take on Steven Universe.  If any of our faithful readers have some clever ideas, drop them in the comments, or contact me and Shana on twitter (@JanieCampbell23 and @inkyosa, respectively), and we’ll adjudicate appropriately.

In the meantime, of my own accord, I present you with a plushie — a side order of fries in some kind of fusion with Hello Kitty.  Because the episodes that we cover in this podcast are Frybo and Cat Fingers.  Also, I’m hoping this image captures some of the charms of late capitalism, not that we’d ever cover such territory in a Steven Universe podcast.  Nope.  Not happening.  Even if we did manage to invoke Jack Graham a half-dozen times in the first half alone.  Just a coincidence, promise.

Finally, a note on content: there’s some stuff in here on body discomfort and alcoholism. Just so you know.

You can get the episode here.

Stay Off My Side Myriad Universes: Requiem Part 2/Hearts and Minds Part 0