END_OF_DOCUMENT_TOKEN_TO_BE_REPLACED

Hi all, sorry about the extended time away. Think of it as a winter hiatus, a polar opposite to, say, the summer hiatus preceding Let’s Kill Hitler. Anyways, I’m back!  And I’ve six thousand words to share.

I just happened to rewatch Series 6 recently with very good friends, so it’s on my mind, esepcially Let’s Kill Hitler. It’s one of those episodes that, for me, gets better every time I watch it – it’s very amenable to esoteric exploration, and being so familiar with all its beats, I no longer notice the tonal whiplash and the jarring pace. “Plus, she’s a woman” still sticks out like a sore thumb, but still, that’s a relatively minor complaint compared to all the wonderful stuff going on in this story, and even more so in the context of its production.

For those unfamiliar with the production schedule for Series 6, many of the stories were shot or placed out of order. Black Spot, for example, was repositioned to the first half of the series, switching places with Night Terrors. Let’s Kill Hitler, on the other hand, started production after they’d already filmed The Girl Who Waited, The God Complex, and Closing Time, even though it was meant to precede those stories in the broadcast schedule. So there’s a sort of foreknowledge to the production of this story – as if it were traveling backwards in time and inserting itself into a flow of events that had, in effect, already happened.

And I think this is important to understand when decoding LKH, because the show itself seemed to fully realize its aesthetics with Nick Hurran’s direction of The Girl Who Waited and The God Complex, where the visual elemt to the storytelling is every bit as (if not more) compelling as the stories themselves. Which is not to say that Moffat’s tenure was never about visual storytelling prior to Hurran, only that Hurran really took it to a stratospheric level. And surely Moffat and his production team realized this as Hurran’s work was already done by the time they got around to making Let’s Kill Hitler. As such, I’m inclined to consider LKH primarily in terms of its visuals and aesthetics, because that’s where a huge part of the storytelling occurs, though there are many thematic layers worth exploring as well. Which we will. 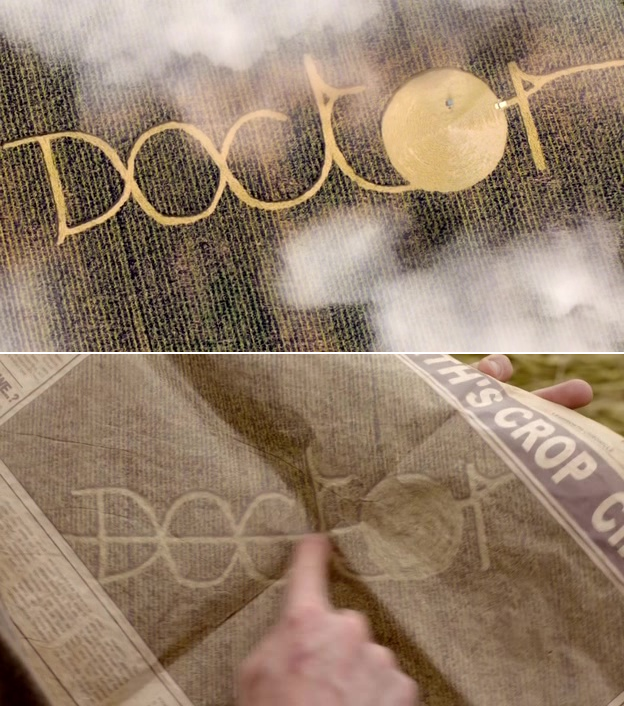 The very first scene of this episode was actually the very last one shot for the entire series – after The Wedding, in fact, because the production team needed to let the wheat grow. So I’m not surprised that the visuals and aesthetics and thematics of this scene are impeccable, helping it to function as a microcosm of the episode as a whole. Consider the fact it’s filmed out of order, and travels back to be inserted at a particular time and place, which is true for LKH, but is also true for the conceit of Melody “inserting” herself into her parents’ history, not to mention how the character of Mels is inserted into the show’s mythology itself.…