Update 8/29/2017: And now the original XBOX One has been discontinued to make room for the XBOX One S (which is *different* from the XBOX One X). Only two years and nine months after it was released. Think about that, and remember how the SEGA Dreamcast was considered a colossal failure.
Can I make an appeal to the video game industry? Can we cool it with the technological determinism shit already, please?
Just…stop it.
I want to apologise in advance if this turns into more of an angry, ranty polemic than what I’m comfortable presenting these days, but I’m deeply upset this week. I’ve always been exasperated and annoyed with the line of thinking in games criticism that graphics tech is the most important thing in the industry and needs to be privileged above all else, but at this point I’ve officially had it. The state of the current industry is so out of control I don’t really even have words to express how stunned and aghast I am by the aggressive, mindless technofetishistic lust that seems to be driving almost everyone on both sides of the Pacific right now. The most blatantly obvious example is the grotesque display that is the current console market: We’re supposed to have hardware cycles of 5 years or so between revisions and new machines, but then somebody told Microsoft and Sony about Apple’s business model with smartphones and suddenly we’re in an era of “mid-generation hardware revisions” for $500 computers. We didn’t even get 3 years between the PlayStation 4, touted in 2013 as the most powerful thing to ever anything, and the PlayStation 4 “Pro” that supports 4K resolutions, which Sony seemed so embarrassed about they didn’t even announce it until it came out. Meanwhile, Microsoft is about to unleash the XBOX One X, a machine that is so obscenely overpowered I’m convinced it comes from some outer space futurescape and that mere mortal humans aren’t worthy to wield it. Certainly nobody I know is rich or crazy enough to be able to get it to do what it’s supposed to do.
(Meanwhile, Nintendo came out with the Switch after just managing to squeak five years out of the WiiU, but that’s primarily because with the WiiU and 3DS Nintendo momentarily forgot absolutely everything they learned about branding and marketing in over a century of trading. I’ll come back to them a little later.)
None of this is of course new. Microsoft’s strategy with the XBOX One X to push 4K reminds me of what they they tried to pull with the XBOX 360 in 2005 to push 1080p (the one that forced them to rebrand and slash prices a couple years later). And there is, of course, a precedent for this going back decades. I like to pick on Sony here for how they set the discourse for the fifth generation with the original PlayStation, but I probably also have to blame SEGA of America for how they marketed the Genesis in the United States, openly bullying Nintendo and Nintendo’s fans by saying that faster processors and better graphics chips were blatantly, objectively better in every instance and anyone who thought otherwise was a dumb crybaby.
…

END_OF_DOCUMENT_TOKEN_TO_BE_REPLACED

Almost every year, I like to digitally “attend” the Electronic Entertainment Expo in Los Angeles, California, the biggest trade show in the video game industry. Since I started blogging regularly six years ago, I’ve tried to provide readers some written coverage of the show’s numerous press conferences for the benefit of anyone interested in my raw thoughts on the week of product reveals and announcements. This year, I’m pleased to be able to bring my E3 coverage, such as it is, to Eruditorum Press. The following is a part of a series I’m writing on E3 2016, looking at the press conferences and events of three major players in the industry: Bethesda Softworks, Sony Computer Entertainment and Nintendo.
I won’t be buying a PlayStaton 4.
Announced last week ahead of E3 by publisher Square-Enix (who don’t have a press conference this year), Final Fantasy XII: The Zodiac Age is an expanded re-release of another of my favourite games-The one non-Pokémon JRPG to ever truly capture my heart. To date, it’s only been confirmed for a PlayStation 4 release, but every Final Fantasy reissue has found its way to other platforms eventually, and I have confidence this one won’t be any different. The whole reason I watched Sony’s press conference, which I otherwise had zero interest in, was to see if they would have some more to say about the re-release, particularly if it was going to be a platform exclusive or not, but Zodiac Age was a no-show. That, along with the at that point unnamed and unannounced The Elder Scrolls V: Skyrim: Special Edition, was really going to be the deciding factor in whether or not I would bite the bullet and buy a PlayStation 4. But with TESV coming to PC and no more word on Zodiac Age at the big Sony song-and-dance (…literally, as last night’s show was no bullshit fully scored by a live orchestra) I’ve no reason to get a PS4, especially considering how incensed I still am by their subscriber-only online multiplayer service PSN Plus.
But I’m not just not buying the system. After last night, in fact, I feel like actively boycotting it. This was one of the most offensive and insulting press conferences I’ve seen in all my years doing this show.
After a preposterously long and ponderously self-indulgent orchestrated introduction, Sony literally lifted the curtain to show off its first big reveal: A reboot of the fan favourite sixth generation franchise God of War. In this series you play Kratos, a cartoonishly overmuscled he-man who, feeling betrayed by his gods after the death of his family, goes out on a mission to personally brutally murder and dismember each and every one of them. I would argue it is a series that is, to use the language of the hip SJWs these days, “problematic”. The gameplay demo, set this time in a world inspired by Norse mythology instead of the classical Greek and Roman mythology of the original series, shows the new Kratos being a stern hardass with his son, a prospective hunter.
…

END_OF_DOCUMENT_TOKEN_TO_BE_REPLACED 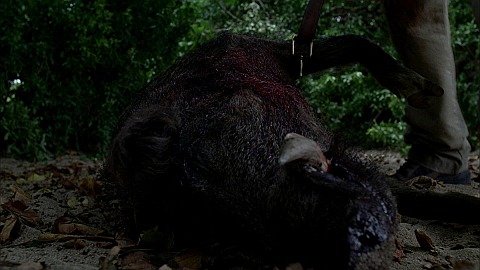 A brief history, then. John Locke was a very privileged white man, born in 1632, England. He went to Oxford, studied with such famous scientists as Newton and Boyle, and determined to become a doctor. By 1666, Locke had teamed up with Dr. David Thomas to run a laboratory, probably a pharmacy. Through Thomas, Locke met Lord Anthony Cooper (one of the richest men in England and later the Earl of Shaftesbury) and became his personal physician. Lord Ashley also helped secure a government job for Locke, and for the next ten years or so Locke lived at Lord Ashley’s estate. Locke eventually went back to Oxford and received a Bachelor of Medicine and a license to practice.

But Locke isn’t primarily known as a physician so much as a philosopher, indeed a founder of liberalism. Mind you, we’re talking about the 17th Century. Locke isn’t a “leftist” in the modern sense of the term. Rather, his philosophy forms part of the bedrock of capitalism, from his early theories on prices, money, unlimited accumulation, and a theory of government oriented around the protection of private property versus one that is motivated by, say, compassion. Much of this philosophy is rooted in his conception of our “state of nature”:

“To understand political power right, and derive it from the original, we must consider, what state all men are naturally in, and that is, a state of perfect freedom to order their actions, and dispose of their possessions and persons, as they think fit, within the bounds of the law of nature, without asking leave, or depending upon the will of any other man.”

So it’s amazingly prescient, given the state of pigfuckery today that LOST’s Locke ends up bringing home a boar. But on the Island, John Locke is not presented as a literal embodiment of the historical figure, despite his constant admonishment, “Don’t tell me what I can’t do!” On the contrast, he’s a frustrated man who has experienced a kind of rebirth, a literal “ascension” given the miraculous restoration of his legs.

Hence the Opening Eye motif at the beginning of the episode.

As mentioned in the exegesis of Pilot Part 1, the Opening Eye is fraught with symbolism. An awakening, becoming aware of an inner truth, a spiritual revelation. Even a resurrection. But Locke’s eye isn’t meant to be “read” in the same way as Jack’s. Locke’s right eye (or, rather, “eye”) is bifurcated by a scar running vertically down “across” is center. His insight, then is “crossed” with Jack’s.

In one sense, we could say Locke’s resurrection is exteriorized as opposed to interiorized. His body has been reborn. He can walk. But is just as angry and self-oriented as before the crash, as evidenced by his casual dismissal of Michael’s injury in favor of his own self-aggrandizement in pursuing the boar.…