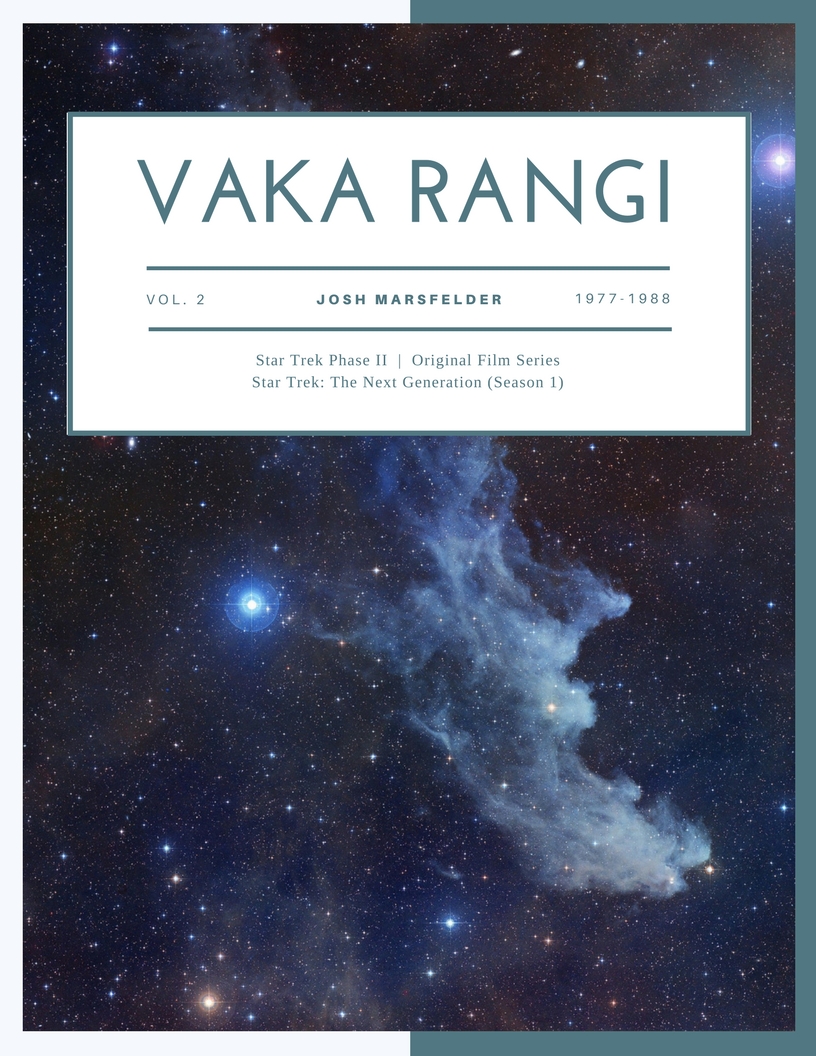 Speaking of Dirty Pair, longtime fans will no doubt remember the somewhat infamous run of blog posts through the entire Classic Dirty Pair anime series that accompanied the original version of this project (and that can still be found in Eruditorum Press’ archives). Regrettably this is one of the sections I had to cut for space concerns (the final book is already pared down from what I initially wanted it to be, and as it is I just barely squeaked in under Createspace’s upper page count limit with the biggest possible trim size), but don’t think for a moment I’ve forgotten about Kei and Yuri: I’ve decided that they, alongside Nausicaä, really deserve a project unto themselves, so one of my future books will be a rumination on the themes of animist utopianism in 80s anime, building off of a spun-off, heavily revised and expanded version of that section of Vaka Rangi. I can tell you right now this is not my next blog project, but it is one I’ve been in the serious planning stages of for awhile, so please look forward to that in the future.…

END_OF_DOCUMENT_TOKEN_TO_BE_REPLACED

“Khan, nothing more?”: Star Trek II: The Wrath of Khan

Yeah, I said it. As far as I’m concerned, the consensus-best Star Trek EVER is a bunch of *ridiculously* overrated tat. But honestly, you must have expected this by now. Was there really ever any suspense over how I was going to read this? Surely, there was no way I was ever going to taken in by Star Trek going whole hog into Horatio Hornblower naval pomp and circumstance? Not after everything I’ve yelled and screamed about here for the past year. I think it’s a mistake, I think it gets Star Trek’s philosophy utterly wrong, I honestly don’t think its a particularly captivating movie in its own right and I can’t in good conscience recommend it. So there. You can all close the book or the browser tab or whatever, as I’m sure my yay or nay on Star Trek II: The Wrath of Khan is what you’ve been waiting breathlessly all this time to find out about.

Anyone still here? Good. Then we can continue.

The first, most obvious problem I have with Star Trek II: The Wrath of Khan is in fact bringing Khan back in the first place. “Space Seed” was an utterly abhorrent episode that posited Star Trek’s utopian future would be built on the back of Philosopher Kings and enlightened despots who benevolently oppress us while they squabble over turf by manipulating catastrophic gang wars and indulging in extravagant, overblown dick measuring contests. It also made the passionate claim that women gain their inner strength through submissiveness and subservience and that rape culture is the natural hierarchy of humanity. And Khan himself was a spectacularly racist amalgamation of generically “exotic” nonwhite, nonwestern motifs the script bewilderingly seems to think will add to his “charm”. Charm, incidentally, is the one thing Khan wasn’t hurting for simply because the show hired Ricardo Montalbán to play him, who was an amazing stage presence and the one likable thing in that whole dreadful hour.

Star Trek II: The Wrath of Khan does at least manage to be better than “Space Seed” as it drops pretty much all of the symbolism and themes Khan was originally written with in mind, bringing him back simply to exert gravity as a powerful antagonist, which is a role he’s perfectly suited for. No, Khan does work here, which is more than can be said for any of his other appearances in Star Trek, but the problem this movie has is that, by virtue of being so obviously a sequel (something I’ll talk more about later on) and because it was so phenomenally well received, this retroactively makes “Space Seed” seem like it was actually a good idea to any generation of Trekker who grew up with this movie, and in doing so renders both stories completely untouchable. And *that* has done provable harm to Star Trek’s legacy, because any version of Star Trek that takes “Space Seed” as the definitive display of its philosophy is a Star Trek that’s inherently wrongheaded and toxic.…