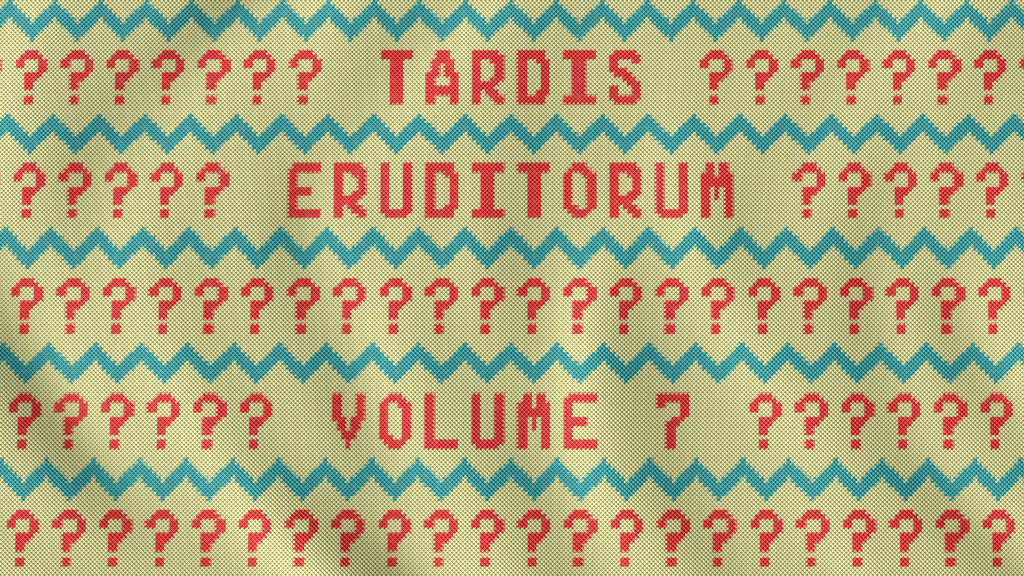 Eruditorum Press is pleased to announce the launch of our latest Kickstarter, for TARDIS Eruditorum Volume 7: Sylvester McCoy. You can check it out here. The goal is a modest $2000 which, given that it’s made it to $165 in the time it took me to log into the site and start this post, I expect we’re going to make, but there’s stretch goals every $1000 after that all the way up to $14,000, which will add up to thirteen bonus essays if we can make it through them all. The crown jewel is probably at $10,000, where I’ll do an interview on the Sylvester McCoy era with the legendary Kate Orman, but there’s good stuff throughout, from covering Mark Gatiss’s Doctor Who debut Nightshade all the way up to finally writing about The Pit. (And no, that’s not the actual cover; it’s just what James had time to design this month. Though I do kinda love it.)

You may be wondering why I’m doing a Kickstarter for Volume 7 given that I didn’t for the initial releases of any previous TARDIS Eruditorum. Two basic reasons. 1) Books I sell directly via Kickstarter net me a far higher royalty than books sold through Amazon, and so I’m moving to a Kickstarter-based model for all future releases. 2) I’m kinda broke. It’s nothing crushing and unmanageable; I’ve got a month-to-month income that’s roughly commensurate with expenses. But my saving account is currently at “ha ha ha no,” and that’s kinda stressful. Hence Kickstarter.

But that’s depressing, so let’s talk about cool stuff. Like the Kickstarter-exclusive hardcover edition that will be signed, numbered, and never for sale ever again after February 28th. Or the opportunity to catch up on the entire TARDIS Eruditorum series in print or digital at a nice and healthy discount. Or, if you really don’t have much but still want to support, at just $1 you can read a preview of the TARDIS Eruditorum entry for Deep Breath. (Which, btw, the Patreon is just $19 away from the full compliment of Capaldi-era Pop Between Realities, Outside the Government, and You Were Expecting Someone Else essays if you want to back that too.)

Whatever you can give is extremely welcome. And if the money isn’t going to work out for you to donate this month, you can at least spread the link far and wide. Word of mouth is effective marketing. Twenty seconds on Twitter or Facebook makes a real difference to me.

I’ll be noisy throughout the month with Kickstarter promotion, including, in the very near future, the running order for the Capaldi era. Thanks for your support, and for reading. And one more time, here’s the Kickstarter link.

The Proverbs of Hell 34/39: The Great Red Dragon Salamancans and Austrians