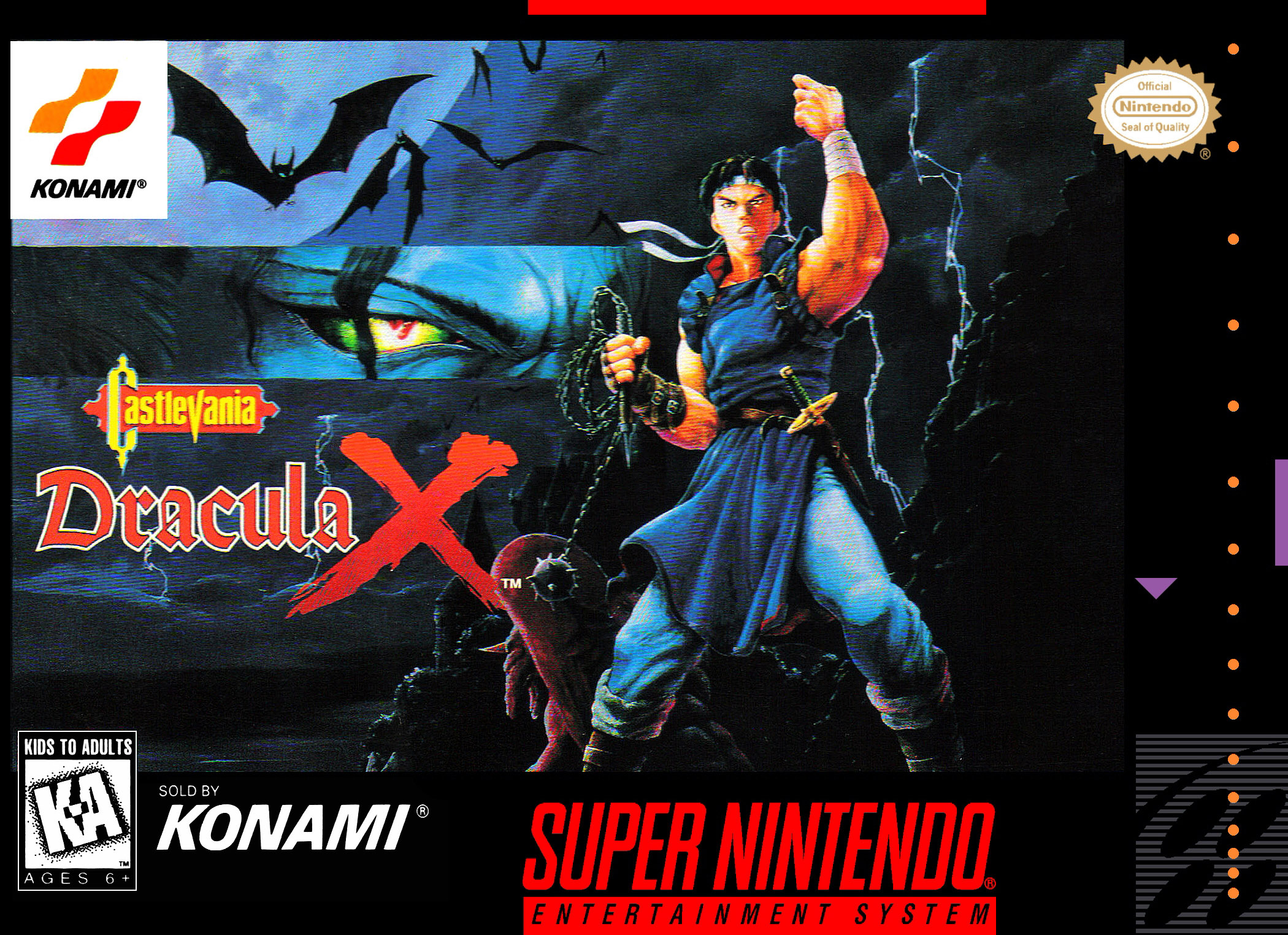 But more than that, there’s just not much to the game. It gives the ugly impression of being shovelware – a Castlevania game rushed out for no reason other than that the Super Nintendo was still the dominant console and there hadn’t been one in a while. Which is almost but not quite what actually happened. In reality Castlevania: Dracula X was nominally a SNES port of Akumajō Dracula X: Chi no Rondo, released on CD for the PC-Engine, the Japanese version of the Turbografx in 1993, and more commonly known in English as Castlevania: Rondo of Blood.

Unlike Dracula X, Rondo of Blood is a good game. For one thing, it’s a sensible follow-up to Castlevania IV. It’s still in a starkly different mould, but instead of feeling like a step backwards it feels like a reasoned and deliberate move in a different direction. Which is perfectly fair – Castlevania IV probably took its approach as far as it was worth taking it. Instead of offering marginal refinement to its predecessor, which at this point simply wasn’t what Castlevania did with its sequels, Rondo of Blood defined its own. Castlevania IV was lushly beautiful and reveled in the possibilities of Mode 7, but was also a relatively slow game. Rondo of Blood, on the other hand, is fast and action-packed – more interested in adrenaline than atmosphere. It also expanded on the handful of secret areas in Castlevania IV and linked them back to Castevania III’s multiple paths structure to create levels with multiple paths and, at times, multiple bosses and exits that lead to different levels.

But it’s worth thinking about what that marketing angle actually means. A recurring theme in our explorations has been the somewhat spectral role that Japan plays in American video game culture – an alternative whose primary appeal is its unknowability. And that’s certainly in play with that description, with its teasing description of the “hit Japanese game.” But in the background, things were slowly changing and Japan was becoming fundamentally less unknowable: by 1995 we were in the early days of the boom in American anime and manga fandom.

The obvious turning point in this regard is still two years out, namely Final Fantasy VII, whose US release marked the end of renumbering the games for the international market and opened the obvious question “wait, what the hell happened to Final Fantasy IV-VI?” And in 1999 the floodgates began to open as Final Fantasy Anthology saw a US release of Final Fantasy V, Final Fantasy II making it out in 2003, and Final Fantasy III finally completing the set in 2006. Other games took longer – most famously Mother, which took until 2015 to finally get a “proper” US release, although the prepared and abandoned translation had leaked ages before.

But Rondo of Blood proved frustratingly obstinate. Even after Konami had a minor hit with its direct sequel Symphony of the Night, they declined to make any sort of Playstation port of Rondo of Blood. In 2007 they released a remake of it for the PSP, but this was a) a remake and b) for a system barely less obscure than the Turbo-CD. More to the point, the game was a pain in the neck to emulate – its CD-audio soundtrack meant that the files were large, and PC-Engine emulation was far from a smooth ride. It wasn’t until 2010 that it finally got a release for the Virtual Console. I finally got my hands on it just a year or so earlier with a Homebrew installation on the Wii.

But this has always been a project more about memory and secret histories than real ones. And in this maze of near-copies and remakes, in a series that pioneered the idea of recycling bits of previous games in altered forms, what seems truest and what seems most plausible are at odds. There is some other Castlevania game lurking out there, half played and half remembered. It’s too foundational a myth to be false – the vaguely remembered game that may or may not exist.

And yet what follows from it? Any effort to recover this lost Rondo of Blood is self-evidently doomed to resolve into banality. And even if it weren’t – even if I tracked down my old hacked Wii and got the ROM of this strange game off of it and revealed it to the world, uncovering a Castlevania game lost even to its supposed developers… what then? It would not matter. Nothing would change because of it. No. The point is not to recover these lost strands of the past. Rather, it is to recognize that this is what the past is – a teeming mass of impossibilities that serve neither to explain nor justify the world, but merely to make it mysterious – to render it incommensurable with itself. A miserable pile of secret histories.

The Eruditorum Press Doctor Who Poll Stay Off My Side