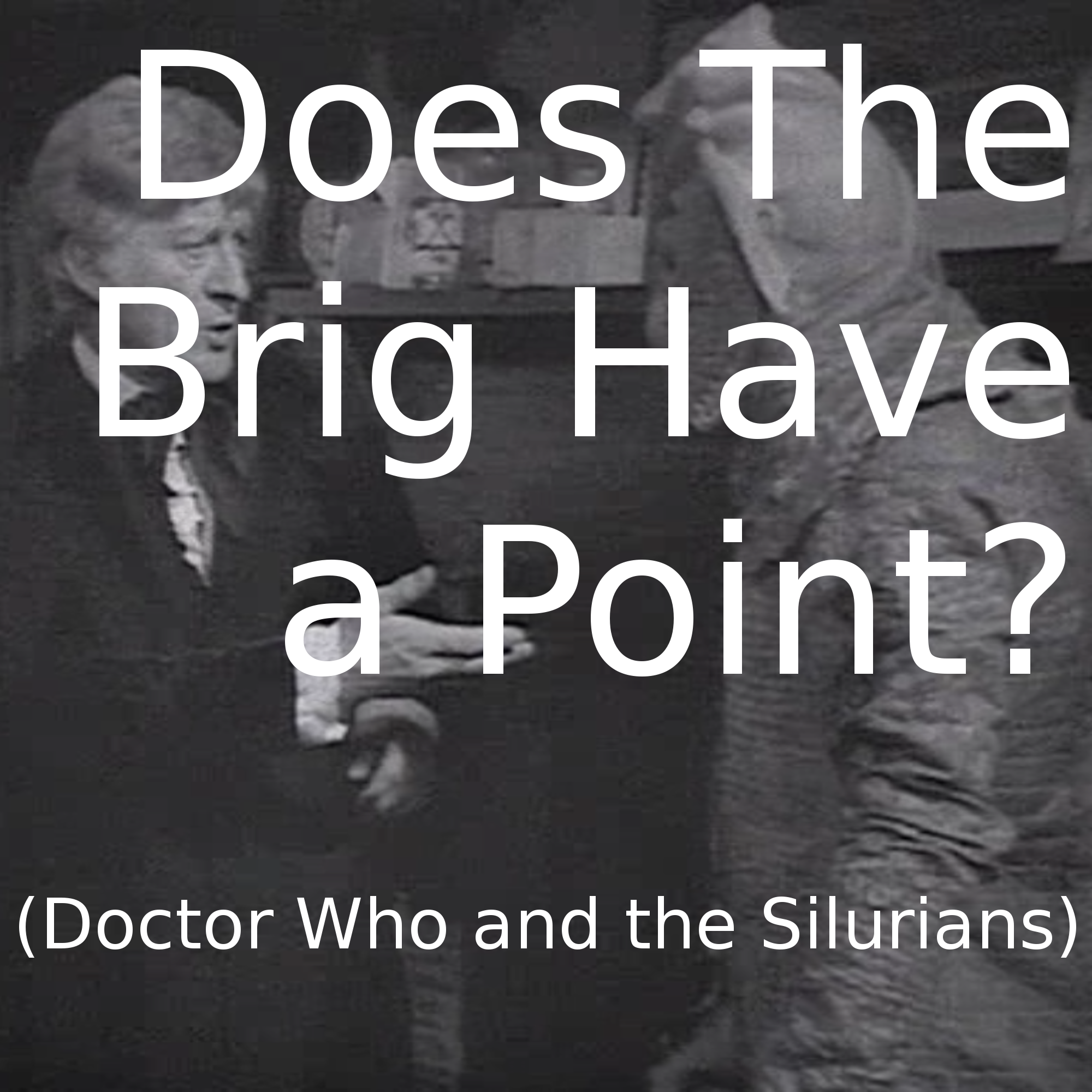 This week in the world of Oi! Spaceman Shana and I actually did a Classic Doctor Who story without a guest. Since she’s been itching to get some more Liz Shaw love in her life, I showed her Doctor Who and the Silurians, to which she had a somewhat mixed reaction, due mostly to the Third-Doctor-era pacing of the thing. In addition to the pacing problems, we chatted about the general interpretation of this story as fundamentally a political narrative about genocide, in which the militaristic humans are acting imperialistically towards an indigenous population, and found that interpretation a bit wanting. I may work some of that into an essay down the line, but then again virtually all of our podcast episodes are becoming sort of scratch pads for essays we might write. So it goes.

Lee and I also recorded a new They Must Be Destroyed on Sight, continuing on our sex comedy series (which will run another three weeks or so before we move on into spaghetti Westerns for a bit). This week we did 1984’s Hardbodies and 1986’s Perfect Timing, the first of which is well-known but the second is an almost completely lost gem.* Eighties’ sex comedies are an almost irredemably sexist genre, but there’s quite a bit of feminist justification you can pull out of these two once you account for the terribleness of the source material, especially Perfect Timing, which is sort of a combination sitcom/French farce/independent film progenitor that works as a lowbrow character study while still containing a handful of Skinemax-style nude scenes. Pex Lives’ own James Murphy has said in public that he liked this episode, so go give it a listen if you trust what that guy has to say.

*(Future programming note: in the next TMBDOS episode released I provide some background on Perfect Timing that I didn’t have access to in this episode, so if you enjoy this week’s make sure to check out the next as well.)

Saturday Waffling (July 16th, 2016) A Brief Treatise on the Rules of Thrones 4.08: The Mountain and the Viper

Leave a Reply to AylwinCancel reply