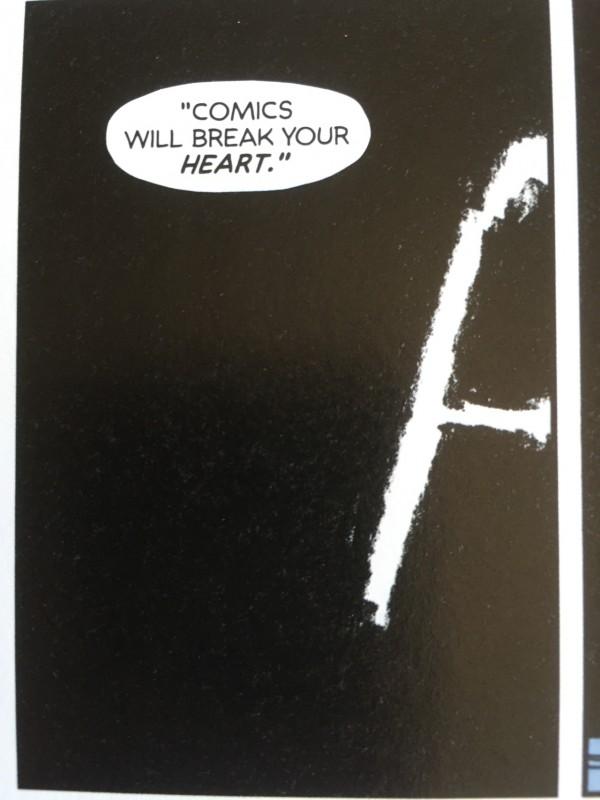 Weird Kitties fizzled out, but I had a few spare reviews lying around and Jane's holiday is going to run one more week, so here they are.

What does 2015 look like? That is a question at the core of Material, an Image comic written by Ales Kot, drawn by Will Tempest, lettered by Clayton Cowles, and designed by Tom Muller. The comic follows four people, living in these turbulent and fragmented times1.

The first is a Philosophy professor at the Massachusetts Institute of Technology by the name of Julius Shore. Every issue, save the fourth one, opens with a lecture he is giving, ranging from the incompatibility of Art and Business to a nervous breakdown in the form of wearing Su-Real dynamite on his head while ranting about how he is a failure. His ongoing conversations with an emergent sentient AI, which he dubs as Alien Intelligence, make this comic eligible for a Hugo Award2.

The second is an actress in Los Angeles by the name of Nylon Dahlias. She is escaping from ...

For obvious reasons one of the categories I find most interesting, and one of those No Award triumphed in, Best Related Work is basically (and was indeed originally simply called) the nonfiction category for books about science fiction. I'll almost certainly be nominating Alexandra Erin's John Scalzi is Not a Very Popular Author And I Myself am Quite Popular, it being one of the funniest things I've read this year, and may do Space Helmet for a Cow, which I should probably finish and write a review of.

Speaking of which, as the lack of reviews the last two weeks suggest, those have rather dried up. There's one or two in my e-mail that I've not posted because I've been waiting to get to the 3-4 I've been doing per post, so if anyone wants to oblige, snowspinner at gmail and whatnot.

Also, I was happy to see that George R.R. Martin's first Hugo recommendations post included suggesting Jonathan Strange & Mr. Norrell for Best Dramatic Presentation (Long Form), a work I'm near-certain to have on my ballot, but had been assuming would be an idiosyncratic dark horse. And, more ...

A category in which I know a fair amount, but find myself with relatively few opinions, simply because there's been an awful lot of smart stuff written about sci-fi this year, albeit not for the happiest of occasions. But many of my picks here are conflicts of interest and long shots anyway, so those with saner taste - inform us what's good in this category, and we'll be back later with Zygons.

Oh, let's go ahead and wrap up the big prose fiction categories with Best Novella, the "just shorter than a novel" category, defined as being between 17,500 and 40,000 words. Which is a length I really like, having written two books (both nonfiction, admittedly) that land in it; it's at a beautiful cusp where you can still get away with a book that's all suggestion and no conclusion, but where you can have the suggestion be labrynthine in its complexity.

Unfortunately, much as I love the category, I've not read anything in it this year. Here's the Hugo Wikia's list, which I do note has Paul Cornell's latest, Witches of Lychford. How was that? How were other things?

Still need reviews for Sunday, by the way. snowspinner at gmail. Perhaps a review of Witches of Lychford? The Martian? Seveneves? 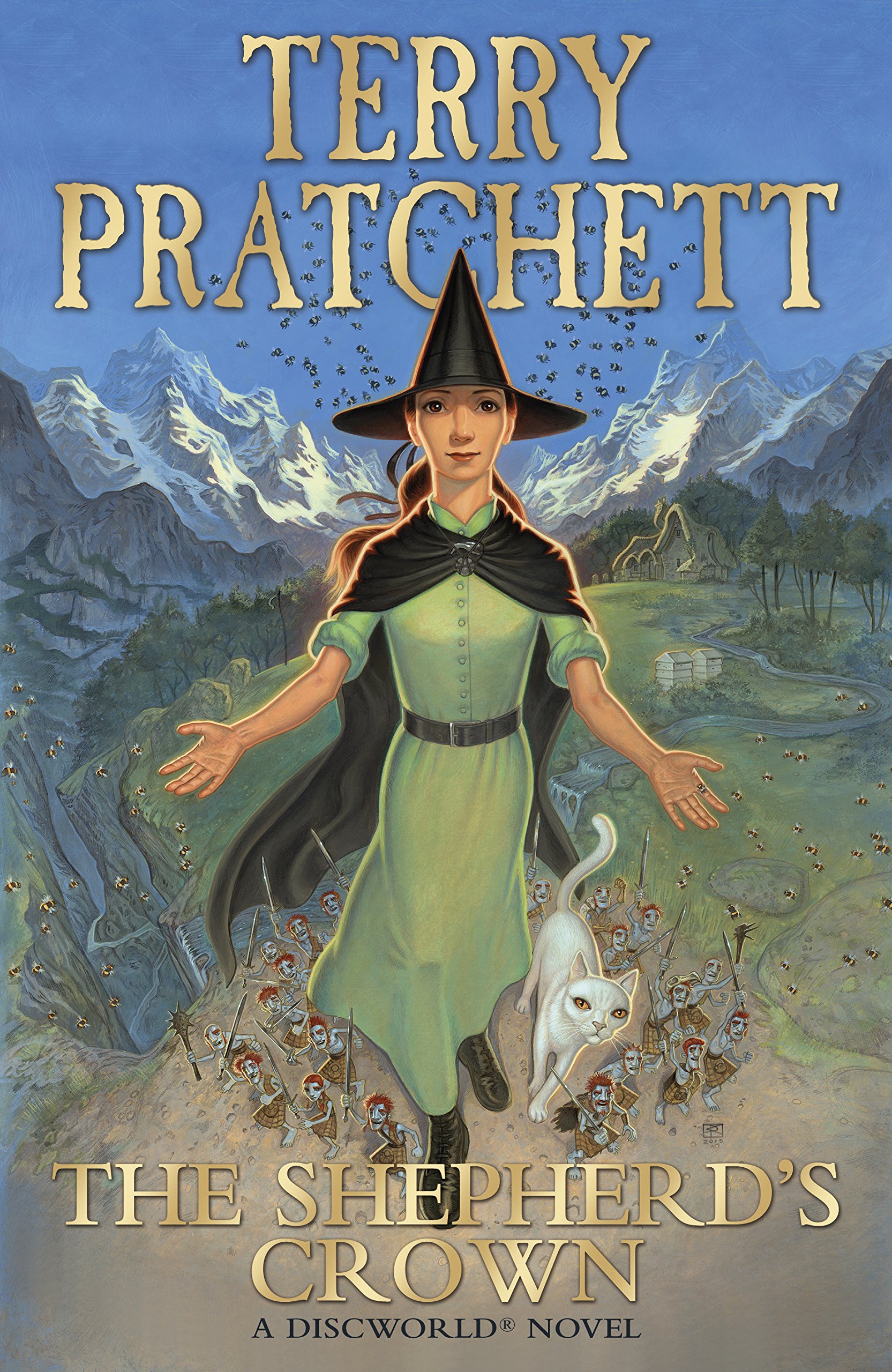 The Shepherd's Crown by Terry Pratchett
Reviewed by Daibhid Ceannaideach

Eligable for Best Novel and available for purchase here.

The Shepherd's Crown is the fifth and last Tiffany Aching book, the forty-first and last Discworld novel, and the fifty-seventh  and last novel by Terry Pratchett.  It also opens with a major event which many reviews have been criticised for spoiling. But you can't really discuss the book without spoiling it; it's like reviewing Raising Steam without mentioning it involves a train.

So here goes: Granny Weatherwax, most respected of the leaders witches don't have and part time force of nature, is no more. This happens in the second chapter, and the rest of the book is about a world with a Granny Weatherwax shaped hole in it.

In a way, this is almost too appropriate for the last Discworld book, coming a mere six months after fans found themselves in a world with a Terry Pratchett shaped hole in it. Some people who heard the spoiler were grateful that they now knew they weren't ready to read the book. Granny Weatherwax was the character Sir Terry used as an example when discussing how popular ...

Ah, Best Novelette. The form that only the Hugos actually recognize, occupying the space between short story and short novel. Long story, as it were. Or, in technical terms, anything between 7,500 and 17,500 words long, because obviously people know the word length of things they read.

Here's the Hugo Wikia's list of eligible works, of which the only one I've read is Elektrograd: Rusted Blood, which I certainly wouldn't mind putting on my ballot, but which I hope the field is good enough that it isn't a shoo-in either. But I don't know. What should I read, dear readers?

We'll be back tomorrow with reviews, including Jack Graham on China Miéville's "The Dusty Hat," which, fun fact, is 7,549 words long. 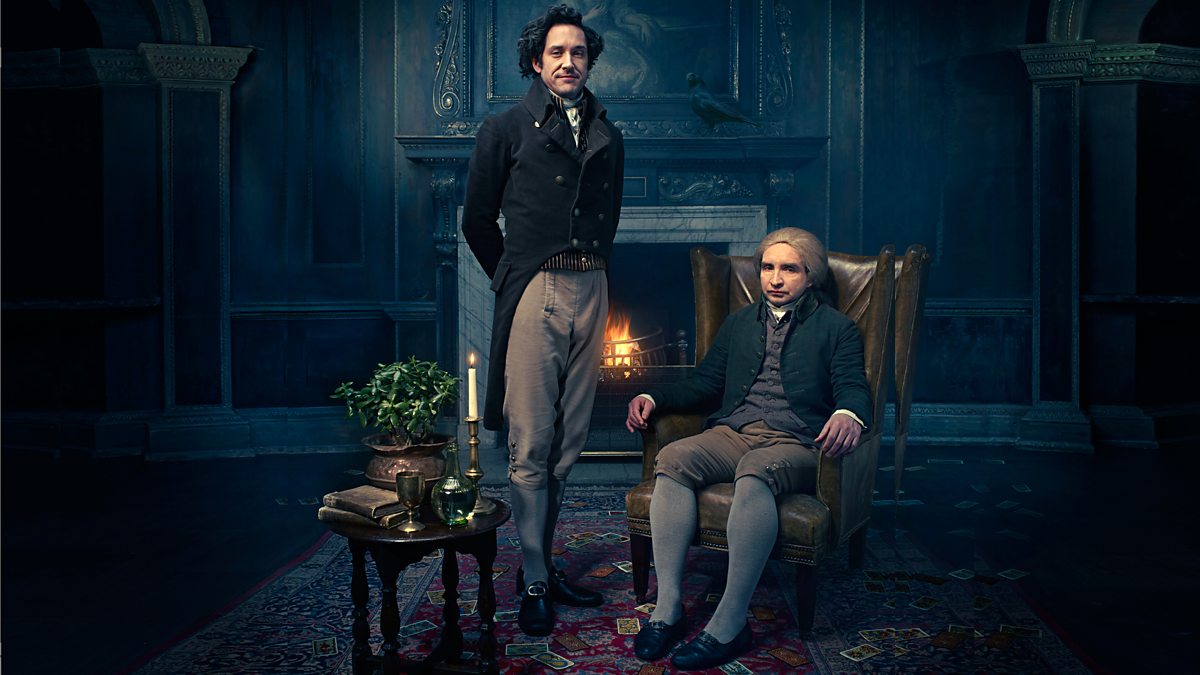 Or, as I really do think of the category, "all the stuff that's probably going to lose to Star Wars," a film I would be shocked to find on my ballot given my dislike for both the franchise and the director. Call me cynical.

I'll almost certainly be nominating Ex Machina, Mad Max: Fury Road and, as the image suggests, Jonathan Strange & Mr. Norrell, in its entirety (as I think it's better-suited to this category than short form, where one would have to pick an episode). I've kind of got a slot pencilled in for The Martian, but I also probably won't actually get around to seeing it in theaters to make sure of this. (I'd love to hear opinions of it.)

Past that, I'm keeping my last slot open. The Force Awakens. Right now neither of the Marvel movies are making my list. I'm tempted to look at Daredevil, which I feel is better-suited due to the "all at once" release model of Netflix, but I'm also loathe to put too much television here. Jessica Jones is also a much more likely pick if ...

The Dark Forest by Cixin Liu
Reviewed by Philip Sandifer

Eligible for Best Novel and available for purchase here.

I had some reservations about The Three-Body Problem, although they're as much sour grapes as genuine objections, and its merits were considerable. This, I think, is a stronger novel, and a strong candidate for my ballot. Liu constructs an interesting conceptual structure; an alien fleet is 450 years away from Earth and bent on destroying it. A MacGuffin exists whereby Earth is under constant and total surveilance by the aliens and unable to produce any scientific advancements in theoretical physics, thus more or less locking technology more or less into variations of what's on contemporary Earth (with a few exceptions when it furthers the plot such as cryonics).

The novel follows a couple of cunning plans unfolding over about 250 years of future history, the main one of which also unfolds along a novel explanation of the Fermi paradox that doubles as a theory of interstellar relations. This is not to say it's a theory original to Liu - I've no idea there - but it's not one that's been overdone in stories about aliens. And that ...