A long overdue Patreon bonus essay for you. Last War in Albion will be back next week with a chapter of nonstop formalist gubbins. The Abominable Bride review will be up late tonight. Happy New Year’s, and may 2016 bring the end of western civilization. Tomorrow brings the end of the annual sale on my back catalogue.

“Burn the land, boil the sea.” – Theme from Firefly 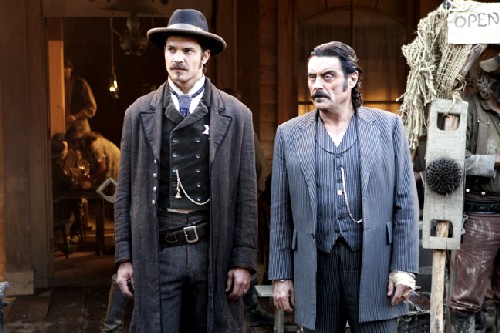 In Warren Ellis’s 2013 novella Dead Pig Collector the protagonist, Mister Sun, describes his job in terms of the title phrase, explaining that in China (“a place rife with pollution and disease”) pig farmers often face large-scale deaths of pigs due to the aforementioned pollution and disease, which presents a major challenge. “A small farm – and, in places like Shanghai, they’re all small farms – cannot spend what little time they have disposing of tons of dead pigs instead of maintaining their remaining assets.” And since the penalties for selling such pigs into the market are steep, “there are people who have learned to effectively and safely dispose of swine carcasses. If you have a stack of dead pigs, and you don’t want to go to prison, then you pay for a dead pig collector.” As Mister Sun explains all of this, he is pouring bleach through a pair of holes cut into a plastic sheet laid over a bathtub in order to break down the blood within. Mr. Sun, see, is a hit man specializing in the efficient and untraceable disposal of the resulting corpse.

Many things are in the mix here – most basically this story from Foreign Policy, although Ellis changes the economic situation around in his story, eliding the fact that the government-hired dead pig collectors are in practice not getting work because the illegal pig traders offer a better economic deal – but one, almost certainly, is Deadwood, a television show that Ellis has raved about on many grounds, but most notably (and appropriately) for the way in which you want to call everybody a cocksucker for hours after watching an episode.

See, Deadwood has a minor but fan-favorite character in the form of Mr. Wu, the de facto leader of the Chinese population in Deadwood, who, among the many social roles he performs within the camp, keeps a bunch of pigs that are routinely used to dispose of the many bodies that pile up in the camp. Wu is an odd and somewhat troubling character. He’s a clear fan favorite, but for uncomfortable reasons mostly related to the stereotypical pidgin in which he speaks and the boundless enthusiasm of Keone Young as he shouts “COCKSUCKA” or his endearing mispronunciation of Al Swearengen’s name as “Swedgin.” And, of course, there’s something fundamentally depressing about the way in which the narrative reinforces its characters’ marginalization of the Chinese population by giving them, basically, a single speaking representative who, due to not speaking the same language as any of the other characters, rarely actually gets a plotline.

But for all of this, Wu’s presence in Deadwood is a potent image, and not just for the fact that it’s relatively novel to actually acknowledge the role Chinese immigrants played in American expansionism. No, what makes it are, of course, the pigs, and the idea of porcine corpse disposal being one of the roles of the most marginalized and subaltern portion of Deadwood. It’s one of the most potent images of the show’s stated main theme of how civilization forms.

The trouble with Deadwood is that it doesn’t really have an actual idea of this. Showrunner David Milch’s original notion was that civilization formed around a symbol – by oft-cited legend the original idea was going to be a show about Christianity in ancient Rome, but HBO already had Rome in development so he made it a western instead. Originally the symbol was to be a cross, but instead it became gold. The problem should be obvious: gold isn’t a symbol, it’s a commodity.

But Milch’s accidental (and, more damningly, unconscious) invention of commodity fetishism isn’t his only incoherence. A bigger problem is his embrace of the great man theory of history, which he reinvents as an organic process, explaining that “Darwin wrote about accidents of evolution—he called them ‘sports’—species which turned out to be superadaptive in whatever environment they discovered themselves in. In social terms, those are civilizers,” and citing Wild Bill Hickok and nominal protagonist Seth Bullock as examples within Deadwood, the latter specifically because of his abiding lawfulness. And this is further pushed by the basic mechanics of the show, both in an inevitable sense that stems from the existence of “series regulars” on a television show and in Milch’s hyper-stylized cod-Shakespearean dialogue, which makes everything feel like History.

For all of this, however, there’s a counternarrative present, and it’s one implicit in Mr. Wu and his pigs. The real exemplar, however, is Swearengen, the show’s breakout character (largely due to Ian McShane’s sublime performance), presented as the largest (though by no means exclusive or even primary) architect of civilization in the camp/town of Deadwood. Swearengen, see, is a criminal. I mean, yeah, he owns a bar/brothel and trades in those things legally, but he’s also a drug-runner, con artist, murderer, and a host of other things. And one of the main ongoing plots of the series is his rivalry with another bar-owner/criminal, Cy Tolliver. The result is that Deadwood is less about great men of history than it is about great criminals of history, with the suggestion that civilization is an emergent property of crime.

It’s hard not to like this, but thankfully I’m pretty good at that. Still, let’s start with the good. For one thing, it’s accurate; unlike Warren Ellis’s inversion of the success of dead pig collectors, it recognizes that criminals tend to come out ahead. For another, there is something innately appealing about the image of the criminal as the real hero of society – an appeal captured powerfully by Alan Moore and David Lloyd in their seminal V for Vendetta, and, more bafflingly, in James Spader’s character of Raymond Reddington in the appallingly awful show The Blacklist, which, for all its near-infinitude of flaws, Jack and I are going to have to do a thing about someday. Or, if you want to get all “literary” about it, Milton’s Satan. The idea that the oppositional figure is in reality the central heart of the game is terribly appealing.

The problem, at least with Deadwood’s take on this idea, is more in the sense of why criminals are so integral to the formation of society, which is ultimately an argument that they are, to use Milch’s own terminology, superadaptive to capitalism. In the great gold rush that is Deadwood, criminals succeed because they are by definition more ruthlessly focused on profit than anyone else. And notably, as Milch points out in the same interview in which he talks about superadaptivity, the one main embodiment of law, Bullock, embraces law largely as a means to curb his own propensity for violent retaliation.

This propensity, of course, is tied inexorably to that most elemental trait in heroic criminals, the idea that the criminal has a sense of justice and fairness that exceeds that of ordinary people. Bullock is driven to violent rage by injustice, and so turns to law as a neutral arbiter of it. Likewise, Swearengen may be a murderous thief, but he’s also the one who puts the ailing Reverend Smith out of his misery. And, more pertinently, in the first season episode “Mister. Wu” he’s the one who gets to be enough of an enlightened modern progressive to respect Wu’s right to justice, murdering one of his own henchmen (albeit a complete fuckup) for robbing Wu’s dope shipment and killing one of his men. (After a “hilarious” comedy bit of Wu explaining how “TWO WHITE COCKSUCKA!” robbed his men.) These aren’t the only sorts of criminals, of course; Cy Toliver is a violent and selfish brute, and there are always fuckups like E.B. Farnum or the dope fiend henchman Al kills and gives to Wu. But they are the heroic architects of civilization around which everyone else organizes.

Except for Wu. Wu is in no way incompetent. Rather, he is a microcosm – Swearengen’s counterpart in the Chinese underclass. He is still not a Carlylean Hero like Swearengen, Bullock, or Hikok, but this is only because the great man of history is always a white one; Wu could no more play the role than Trixie, Alma, or Jane (and note that those three characters are referred to by Christian names, not family names).

And yet even more than the whores and murderers upon which the gold rush was built, it is Wu’s pigs, who compost the corpses they leave behind, upon whom the entire edifice rests. History may be written by white men, but it’s the pigs who do the real work, a point emphasized by our first introduction to Deadwood’s workings, as Swearengen and Ellsworth’s conversation gives way to Trixie’s self-defensive killing of a John to Doc Cochran’s fascinated examination of the carnal remains to a crack about Wu’s pigs.

In one sense it’s almost too accurate; a bunch of white male criminals propped up by the voiceless pigs that are the meaty foundation of the world, and more broadly by the untranslatable (and mostly unspeaking) ethnic Other that keeps them. In another, it just plain is too accurate, a frustrating choice of limitations to the sense of what the story is that kowtows to the most “heroic” model of history, defining only a circumscribed and ultimately entirely fictitious set of orbits around what is ultimately a reactionary view of history. The pigs exist only as the story that is not being told.

The heroic, of course, is implicit in Deadwood’s choice of genres, the Western. It is to America what the portal to Faerie is to Britain; a foundational aspect of its mythology. The core element is the frontier; the edge of civilization, but more specifically of the ragged yet heroic individual who lives and thrives there. Deadwood seeks to complicate this notion, but complication is not negation, and its major characters are proof thereof. What makes civilization? Idiosyncratic yet heroic white men.

Difficult Men, as Brett Martin’s book on the peculiar breed of television that David Milch, along with David Simon, David Chase, David Benioff, and, if you want to broaden the net slightly, Larry David have created would put it. And Deadwood is a fundamental part of the evolution of the “prestige television” model that is responsible for our supposed golden age. Which is to say, auteur visions for white cocksuckas paying $15 a month for HBO on top of their cable service.

But its model is curiously fragile; a show cancelled for no reason other than that HBO and David Milch came to believe there was more money in surf-noir anticlassic John from Cincinatti, a televisual blunder second only to the likes of The Secret Diary of Desmond Pheiffer. Its plot is unresolved, its final statement never offered, a show that abruptly realized it was holding a dead man’s hand only as the bullet of history pierced its brain. Fed to the pigs; a footnote in Kleio’s tale.

“We who are without kings”: Duet The Abominable Bride Review