How Many Times Can I Use the Word “Eviscerating?” 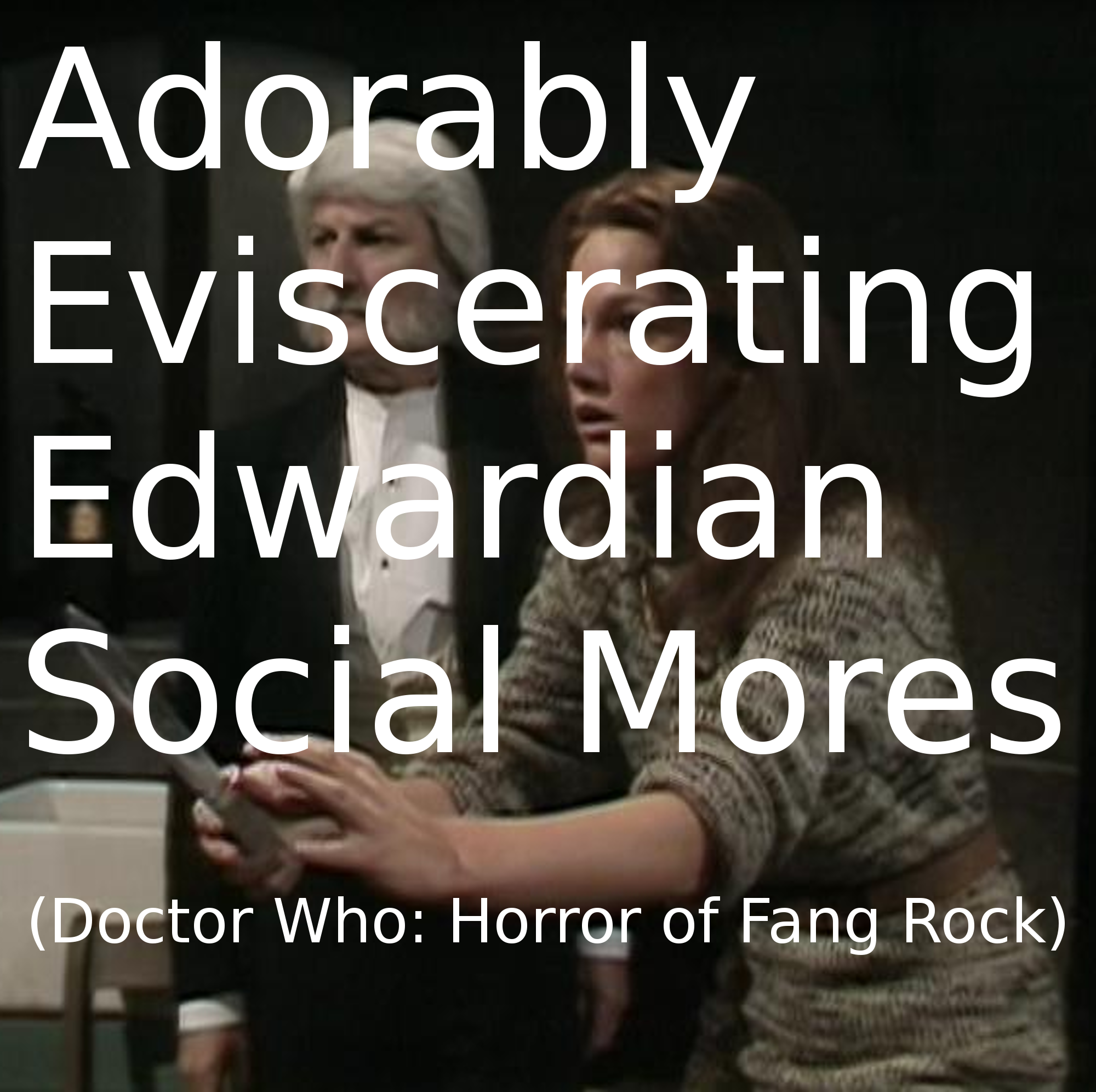 Those of you who aren’t already listening to Oi! Spaceman, despite Jack’s constant prodding, may not know that while we started out as a weekly Doctor Who podcast, we’ve recently gone dynamic, with various threads representing different podcasts pitched at different audiences. Did I just outright steal the idea from Pex Lives? Maybe….

Anyway, Phil has asked me to take the Saturday spot and promote the stuff we’ve produced in a given week. These will vary a bit as we’re not on a specific schedule, but we produce at least two podcasts of roughly ninety minutes each week, and often more than that, so you should have plenty of time-wasting audio in your life going forward.

Over on Oi! Spaceman proper, or The Mothership as I sometimes think of it from the old Law & Order Usenet groups I frequented in years past, Shana and I discussed Horror of Fang Rock with recent Pex Lives guest Kit Gonzo, and as you can tell from the podcast title, things got pretty violent pretty fast. The prospect of Richard Dawkins being brutally murdered by Leela and the connection between Skinsale and Bill O’Reilly are discussed. Also lots of conversation about Leela’s racial encoding, and hints of what I’d end up writing about in my recent post about Four/Leela D/s.

Shana and I also ended up doing a bonus episode looking at Quentin Tarantino’s 2012 film Django Unchained, which ended up spending less time looking at the film itself than pop culture icons, subverting narratives, and the ugly legacy of slavery in America. This episode will no-doubt be controversial, as it’s fairly aggressive in terms of language and depressing content than even our fans (few as they may be) might expect.

This week on TMBDOS, Lee and I looked at James Gunn’s 2006 film Slither, in particular its use of horror/comedy tropes and compared it with the works of Kevin Anderson from the late nineties. We also discussed a long piece of internet analysis about 2001, which we covered recently.

All in all, a very bloody week for the Oi! Spaceman family. I hope we continue to live up to the high expectations the Eruditorum Press audience will undoubtedly bring. By which I mean, we’ll keep doing exactly what we’ve been doing until Phil decides he doesn’t want us around anymore.

Next week we’re planning to do a Season Five Troughton story (whose identity I will leave for everyone to guess), and hopefully pick back up on the Red Dwarf thread with Waiting for God. Also, an intermission episode on TMBDOS starring yours truly talking about a couple of Westerns recently covered on Pex Lives.