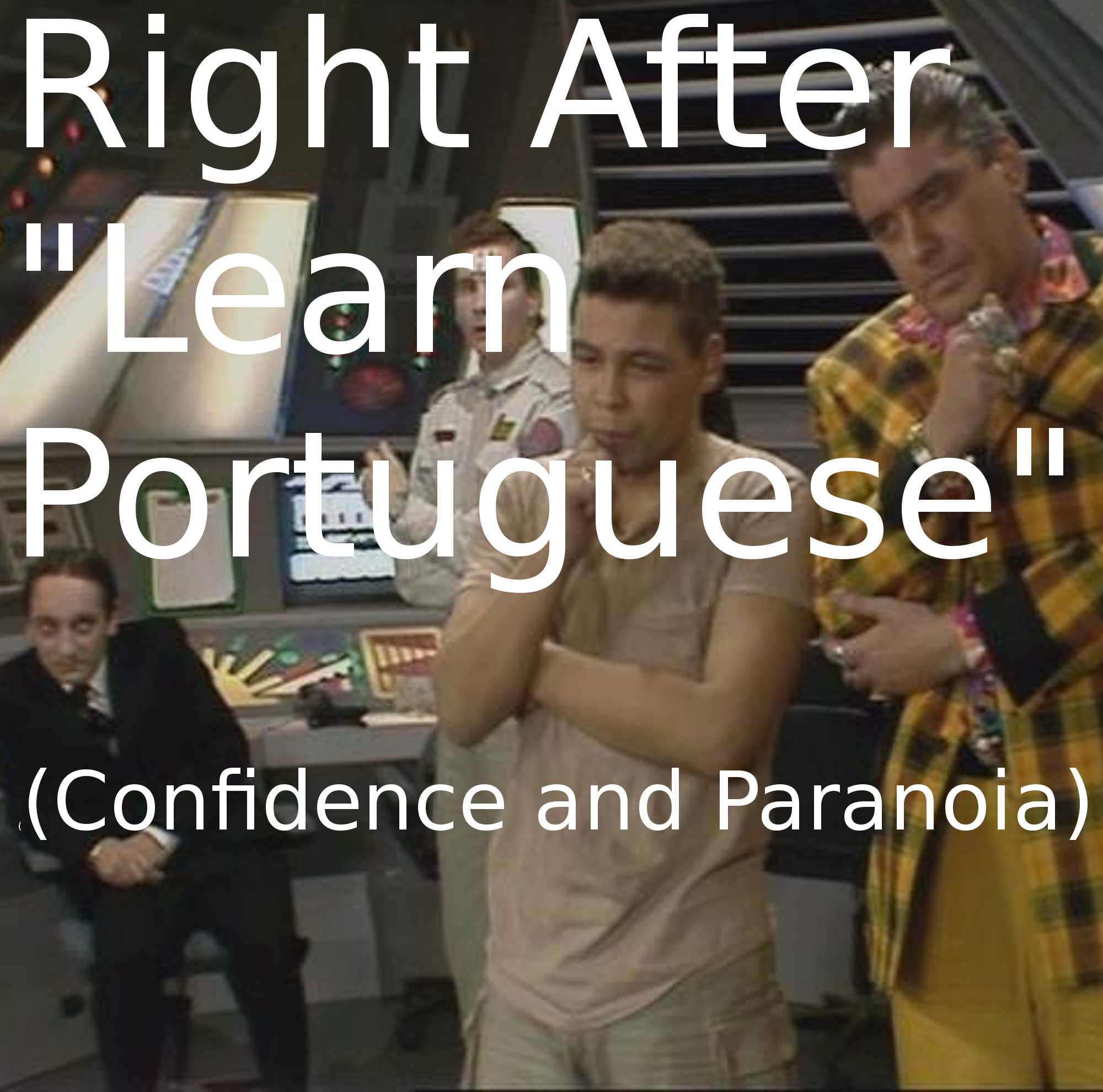 I was supposed to produce an essay today. I had a whole plan and everything, which would have involved writing the first of no-doubt many essays discussing the intersection of polyamorous perspective and large-scale political movements. Then two black men were murdered on camera in less than twenty-four hours and that post felt, shall we say, less than perfectly empathetic. I have a very different post, looking at racialized violence and systemic racism coming up for Sunday, but instead of doing something serious today I figured I’d do the weekly Oi! Spaceman podcast post. I promise, we don’t deal with any kind of serious or political issues on any of the Oi! Spaceman family. Honest.

Anyway, the big news is that Pex Lives’ own James Murphy came onto Searching For Fuchal to chat about the fifth episode of Series One, “Confidence and Paranoia.” James has been watching Red Dwarf about as long as he could talk, so this was a very fun (albeit relaxed) episode. Go check it out.

Over on They Must Be Destroyed on Sight, we’re even less on any kind of overt poltical move, chatting about sleazy sex comedies. We covered The Cheerleaders and the ulta-obscure One Night Onlythis week and had a really nice time doing so. The Cheerleaders is kind of an accidental art film (with lots of female nudity and Skinemax-style sex scenes) and One Night Only includes an extended sequence involving The Scary Cave, a vaguely sexual act which really must be seen to be believed. If you’re interested in listening to two increasingly-drunken men chat about titty flicks, it’s probably not an entire waste of your time.

Season Finale A Brief Treatise on the Rules of Thrones 4.07: Mockingbird