Pop Between Realities, Home in Time for Tea 84 (Call the Midwife, Supernatural)

Jill Buratto is a nurse specializing in end of life issues, a general badass, and my wife. 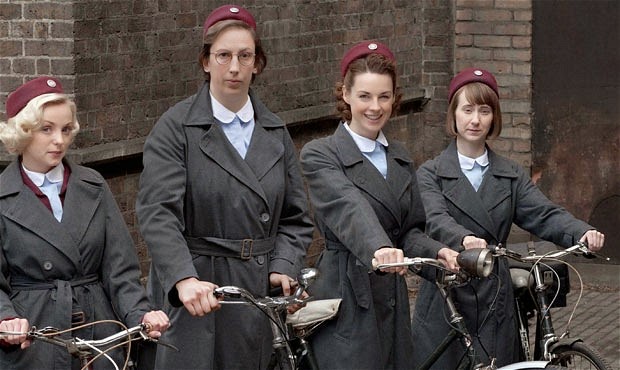 In case you missed the boom, Call the Midwife is a BBC period drama about a group of midwives servicing London’s East End in the 1950s, originally based on the memoirs of Jennifer Worth. It is the newest big show to hit UK television with ratings roughly matching those of Sherlock and Downton Abbey and surpassing Doctor Who itself. Call the Midwife was also featured in 2013’s Comedy Relief sketch (partnering with Doctor Who in this endeavor) and has Paul McGann’s brother, Stephen McGann as a prominent character in their series. UK TV ends up being a bit incestuous.
Medical shows are a hard sell to those who work in the medical field. Much in the same way those in the tech field often cannot help but point out the inconsistencies and illogical moments when tech appears in TV or cinema, those of us in the medical field see the problems others can safely ignore. Even “reality” medical shows fall afoul of this issue, I remember yelling at a Mystery Diagnosis episode that “there is dumbing the facts down ...

You Were Expecting Someone Else 33 (Assimilation²)

Josh Marsfelder of Vaka Rangi, a critical history of Star Trek (he's just started The Next Generation) and related topics (including an essay on Doctor Who), writes on the Star Trek/Doctor Who crossover comic by IDW. Also, speaking of comics, no reviews this week I'm afraid - won't be around to pick up my books due to those Cleveland talks. 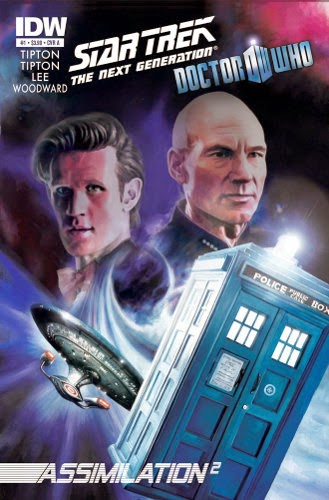 Let me preface this by saying I am not a comics person. My first, and only, sojourn into the world of mainline United States sequential art was around the time there were several different Spider-Mans running around Marvel while at DC Supergirl was some kind of pink alien goo matrix or something. I took one look at that, promptly decided comics were fucked up and never looked back. I am, however, apparently something of an authority on Star Trek, which is why Phil has so graciously invited me to say a few words about the first, and to date only, time that other big polyauthored science fiction TV franchise crossed over with Doctor Who.
The one exception I made to my self-imposed rule of avoiding US comics at all costs came anytime there was a four-colour ...

Pop Between Realities, Home in Time for Tea 81 (My Little Pony: Friendship is Magic)

Jen writes My Little Po-Mo, the TARDIS Eruditorum of ponies.

Consider a fandom. A curious beast, an amorphous, shifting mass of people wrapped around a core of fiction. Despite the variation in cores and size, fandoms all look basically the same. The swarm of flesh devours the core over and over again, yet the core is unharmed. The beast excretes its assumptions and predictions by consensus, layering it around the core like an invert pearl, fanon-grit encrusting a glittering center. Fanficcers and shippers and “expanded universe” authors build their own structures, grit and crystal in varying amounts, arcing off the core. Sometimes these extend all the way out of the beast, where they draw in their own squishy masses of fan; sometimes, rarely, they break off, forming the cores of new beasts, drawing their own paradoxical factions of fans. That is how the beast reproduces; mostly, though, it just grows, feeding on the source work, drawing new fans into itself with reviews and memes and recommendations by slightly pushy friends.
But then the beast gets old, and something strange happens: the core cracks. Grit gets inside the ...

You Were Expecting Someone Else 31 (The Eternity Clock)

Frezno has done such a nice job continuing The Nintendo Project that I felt like I should let him play on this blog too. 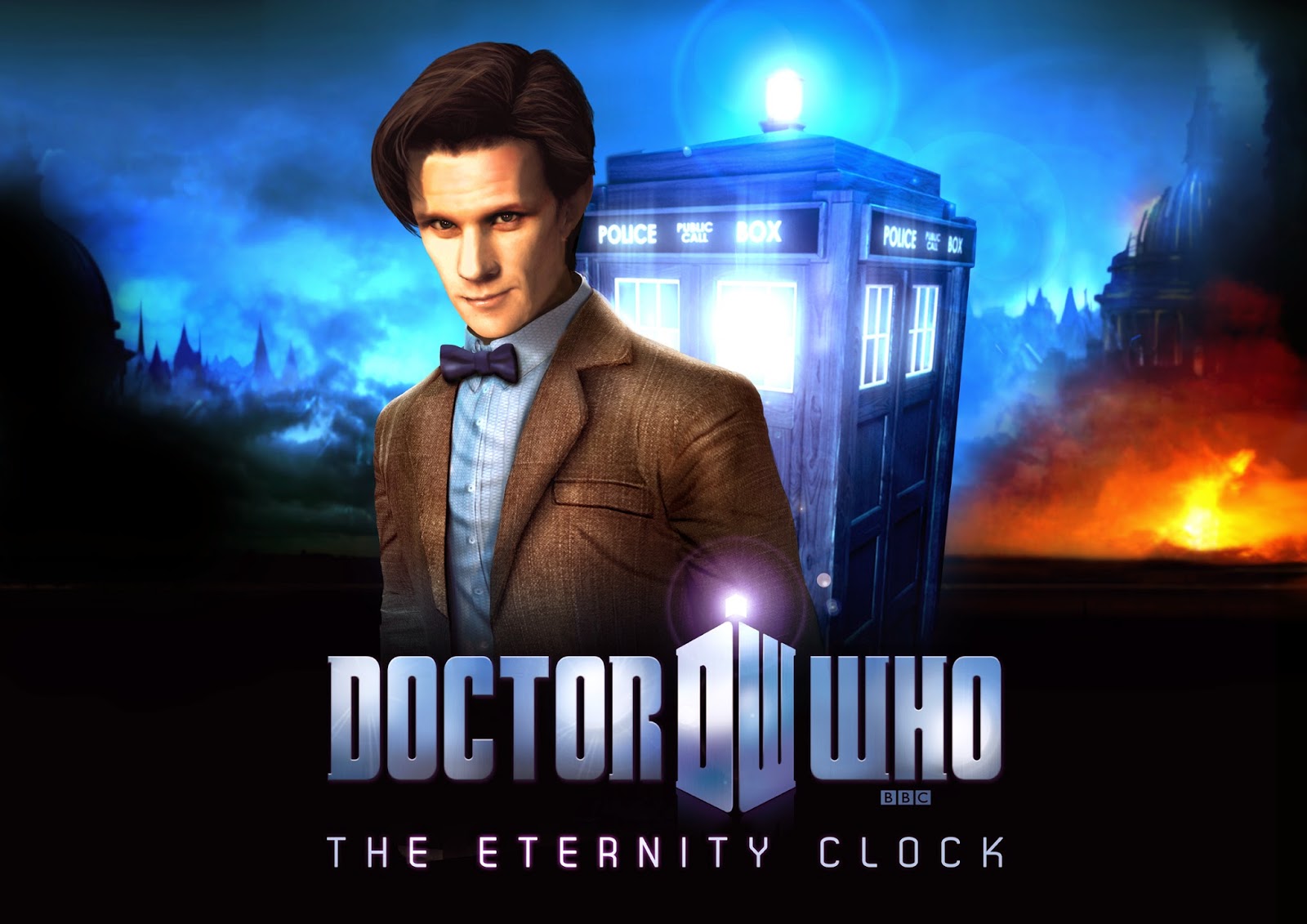 1985 was a very eventful year, when one looks back on it from a broad perspective. Swap out your wide-angle lens and zero in towards two of the important moments of that year, for our purposes. In England, Doctor Who was supposedly struggling to entertain the masses. The Doctor, he of bright coat and bravado, faced off against deadly foes like the Bandrils and the tree mines. The final straw came just as Peri Brown was running away from a cannibal with bushy eyebrows. The program failed to get a passing Grade and was put on hiatus. As has been noted, this was the first major blow to Doctor Who in the 1980's. One could argue it was the blow that eventually killed it. It got better, though.

You know what else got better? Video games. 1983 saw video games in North America face their own Ragnarok at the hands of over-indulgent capitalists. Howard Scott Warshaw, unfairly maligned man that he is, did what he could. The world ended. It was up to a red ...

Jill Buratto is a nurse specializing in end of life issues. She's also my wife, and would be as happy as I would be if you backed my Patreon campaign for weekly episode reviews of Season Eight of Doctor Who. Then come back here and read her being righteously and beautifully angry. 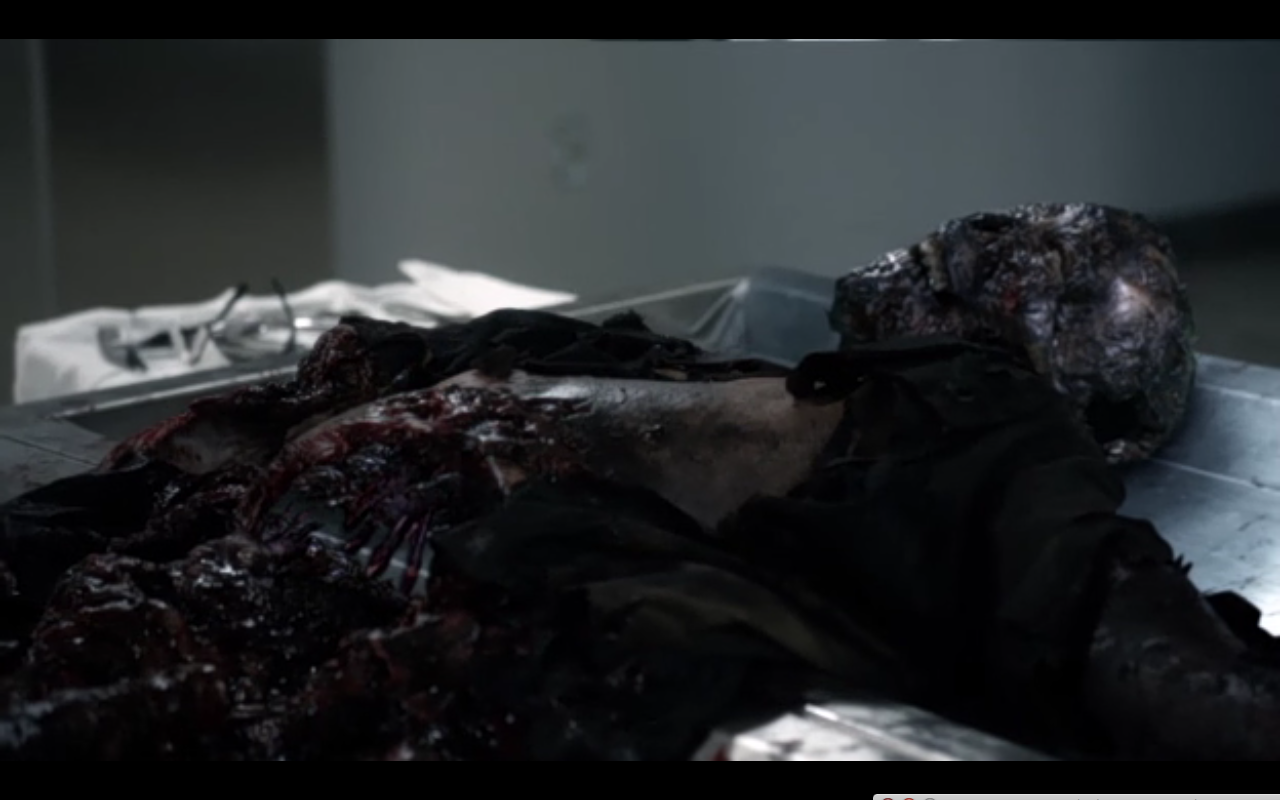 It’s November 28th, 2013. Martin Garrix’s “Animals” tops the charts only to be ousted by Lily Allen’s “Somewhere Only We Know” two days later. Elsewhere in the world, mass protests are occurring in Thailand as tensions between the opposition party and the prime minister’s family (read: his exiled brother) mount and, apparently, The New York Times has shown it’s first front-page nipple. So there’s that.
On TV: in a world in which no one can die, a young woman who has suffered what would formerly have been a fatal blood clot in her lungs. She is pregnant when this happens and is currently connected to all manner of drains and tubes and medical equipment in order to allow this fetus to gestate in her essentially dead body. She and the fetus she is carrying were deprived of oxygen thanks to ...

Video Blogs On The Eleventh Hour

So, a while ago someone asked if I was going to do a video blog on The Eleventh Hour, and I declined, mainly because video blogs are time consuming and I didn't have loads of it.

This turns out to have been a wonderful idea, as two separate people have proceeded to do video blogs on their own initiative, and both of them are way better than anything I would have done anyway.

First off is Alison Jane Campbell, who noticed that Jack Graham had tied her in guest posts and thus decided to get ahead again with this number, which I was planning on posting today.

Except then, yesterday, Bennett indulged in a wonderfully cheeky "video comment" on The Eleventh Hour, which was also brilliant, and so I figured I'd go ahead and throw it in too.

Seriously, both of them are utterly fantastic and say all sorts of great things that I will be shamelessly referencing in Moffat-era posts to come, and I can't thank them enough.

And while we're posting videos, this has been going around and seems a charming transition into Friday's post.

Thank you to everyone who spared me from ...

Guest Post: Steven Moffat - A Case For The Prosecution

Personally, as I've said, I quite like the Moffat era. I dare say I love it. But I recognize that this is a controversial opinion, and it seems fair, before we go in, to give the opposition a chance to state the case against. So here's Jack Graham doing what he does best: being loud, angry, and leftist about Doctor Who. We'll be back on Monday with a Pop Between Realities to kick off the Moffat era, and then The Eleventh Hour on Wednesday. Also, to clarify, the illustration on this one was my pick, meant as a cheekily representative example of anti-Moffat criticism, and not Jack's at all.

I’m here to up the anti, so to speak.  As such, I’m a sacrificial lamb.  Firstly, I’m going to annoy you all by delaying the arrival of the proper posts about the Moffat/Smith era.  And Phil specifically asked me for a polemic, so what follows will be an angry screed.  There really isn’t space here to do more than gesticulate irritably at the issues (since I’ve tried to have some mercy on you regarding word count).  ...

Steffan Alun writes on the subject of Torchwood and Cardiff...

It's October 22nd, 2006.  I've been back in university for a few weeks, and I've just come back from a choir trip.  Some music is in the charts, but I don't have to listen to it, because I've finally acquired a DAB radio, allowing me to listen to Radio 4 despite Aberystwyth's unacceptable inability to find it on FM.

On television, meanwhile, Torchwood debuts, and I am extremely interested in the portrayal of Cardiff in this show.  Most of my old school friends went to Cardiff for uni, but the city is still reasonably unfamiliar to me.  I spend most of my visits in their rented accommodation, talking about Doctor Who.

Fast-foward to the present day, and I now spend most of my time on public transport thinking about comedy.  I am a standup comedian, a job which takes me all over the UK.  I've performed hundreds of gigs, but nearly a quarter of them have been in Cardiff.  It is, by now, a city I know incredibly well.  Thanks to the particular eccentricities of standup comedy, I can even tell you how ...