A fitting entry for a day I’m snowed in with a foot of snow. Anyway, quick update about where we stand on Doctor Who Series 12 reviews, as it’s just under a month until it debuts. The answer is that we are very, very far from them—the Patreon is at its start of month lull due to declined pledges, but as it stands we’re over $100 from the $800 tier where I’ll do Series 12 reviews. If you’d like me to howl into the void about Chibnall Who, you’ll want to go to Patreon and fix that. And in the process you’ll unlock 26 more Dalek Eruditorum entries.

Fathers are, of course, a standard of women’s art, whether about an invented relationship (“Papa Don’t Preach”) or an authentic one (“Daddy Lessons’). And traditionally there is a fraught tone to these. The character changes—the father can be treacherous, unreliable, abusive, authoritarian, or any number of other sins. But the basic dynamic is there—a patriarchal authority that must on some level be reckoned with. And then there is “Winter.”

The relationship between Myra Ellen Amos and Edison McKinley Amos is one of the most fascinating in pop music. It should be simple: he the rebel bent on reclaiming the feminine divine from the patriarchal Christian god, he the servant of that same god. And that’s more or less how it plays out in any number of songs—consider “Upside Down” and its tossed away claim that “my daddy would scream” at the idea of an interracial relationship, or Amos’s chanting howl to “wash me clean daddy” in 1997 performances of “Precious Things,” or literally the entirety of “Icicle.” 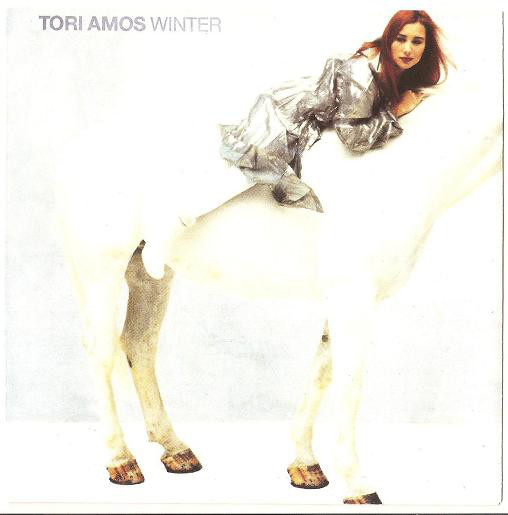 The only thing missing is the actual tense relationship between the Amoses. In fact Ed Amos is consistently supportive of his daughter, and has been throughout her life, from chaperoning her as she played Georgetown gay bars in her teens to any number of comments to the press in which he speaks warmly of his daughter’s career. This is not, to be clear, because he’s a radically progressive Christian. By all appearances he’s solidly moderate—Amos has spoken about her father’s support for the civil rights movement, but also made wry comments about how he’s evolved to seeing gay people as individuals instead of as a homogenous mass of “the gays.” Instead there’s a sort of wry pragmatism to his assessment of his daughter—one rooted in a profound respect for her ability. The relationship is perhaps best summed up by a comment Amos attributes to him in several interviews to the effect of “what would you have written about if I had been a dentist?”

And so we get the bemusing paradox of Amos penning a disorienting and sinister piece of musical ritual about the maternal while her song about her father is warm, sentimental, and loving. It casts Amos’s father as a bedrock of support and respect, imploring her to “love you as much as I do.” (The actual line, in Amos’s telling, came when she was walking with him around his parents’ old farm and she bemoaned how bad Y Kant Tori Read had been, to which he asked her the far less melodically useful question “when are you going to accept you are good enough for you?”)  And yet there’s a fragility to the ground here, most obviously in the next lines, as the father warns that “things change.” But the sense of unsteadiness goes deeper than this, with imagery of growing up as the magical winter melts away, of growing old and unfulfilled, and of white horses running ahead. There’s a profound impermanence to the deep and absolute paternal love on offer here.

Musically, the song plays up its fantastic or fairytale qualities—Amos has described the opening line as “this Russian music box round” that swept her back in time “til I was warapped in a blanket with the memory of cinnamon apples on my tongue and boys that didn’t ‘We.’ [Sic] Went back to where I felt no time—it was all happening again, presently.” And it’s easy to see why she was so swept away by the melody, which, with its meandering tune and slightly off-kilter relationship to its key, (Most notably, the way in which the verse lines resolve onto a wickedly dissonant chord consisting of Ab, Bb, and Eb) feels slightly unreal. The song is built around the lush crescendo into the third verse, where it explodes upwards into the emphatically string-laden third verse. (In a rare moment of remastering done well, the 2015 remastered version linked above emphasizes the strings, which were apparently pulled back in the mix on the insistence of a label exec.) But this climax comes, ironically, at the point where the lyrics leave the fantastic behind to bemoan “so many dreams on the shelf.” 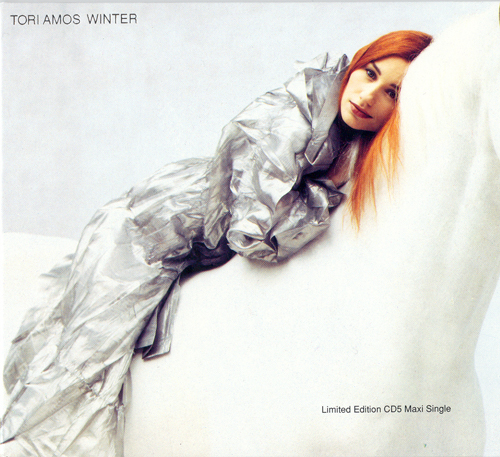 These strangenesses, however, are deeper and subtler things than a lot of Amos’s work, and it’s no surprise that “Winter” was chosen as a single, getting its US release in November as a Christmas album. Accordingly, it’s become one of Amos’s most iconic songs, played at more than a third of her concerts across her career. And yet for all of this it’s an odd fit with the rest of Little Earthquakes. Its warm and honeyed nostalgia and uncomplicated familial relationships feels altogether wholesome in a way that belies the fact that it’s sequenced to come off of “Precious Things.” (To say nothing of the fact that its line about “flowers competing for the sun” is the closest thing the album has to a direct acknowledgment of its somewhat… distinctive rear cover.) This isn’t a failing—if anything the contrast strengthens the song, helping ensure its sentimentality remains one aspect of a more complex presentation instead of letting the whole thing collapse into a treacly mess. (For a sense of how it could go wrong, the 2012 orchestral version on Gold Dust is tragically instructive.)

It does, however, seem to affect Cindy Palmano in the video. Palmano adheres to the visual iconography set up in the “Crucify” and “Silent All These Years” videos—close-ups of Amos singing directly to the camera, squares and boxes, and a variety of insert shots. But it all just ends up feeling wrong for “Winter.” The impish pixie Amos plays in the close-ups, a perfect character in its two cousins, is just the wrong take for “Winter,” and the video makes the song feel whimsical instead of magical. It’s understandable, especially given that Amos in no way had the video budget needed to do the obvious video that comes in mind. But it highlights a strangeness of “Winter”—the way that in spite of both its quality and profile it can feel slight when laid alongside her other career highlights.

The song is, however, responsible for one of the most bemusing moments of cultural impact of Amos’s career. Among the song’s most vocal fans, it turns out, is professional wrestling legend Mick Foley. Foley was regarded through his career for his willingness to engage in particularly brutal matches. Starting in 1995, when going into a match in Japan that he described as involving “being dropped head first, neck first, and, yes, even balls first on jagged metal barbs,” Foley began the personal tradition of using “Winter” as his pump-up music. Foley eventually met Amos in 2008, and went on to donate his advance from his memoir in which he talked about the experience to RAINN, where he continues to regularly volunteer.

Recorded in Los Angeles at Capitol Records in 1990, produced by Davitt Sigerson. Video directed by Cindy Palmano. Orchestral version recorded in at Martian Engineering in 2011-12, produced by Tori Amos. Played throughout Amos’s career.