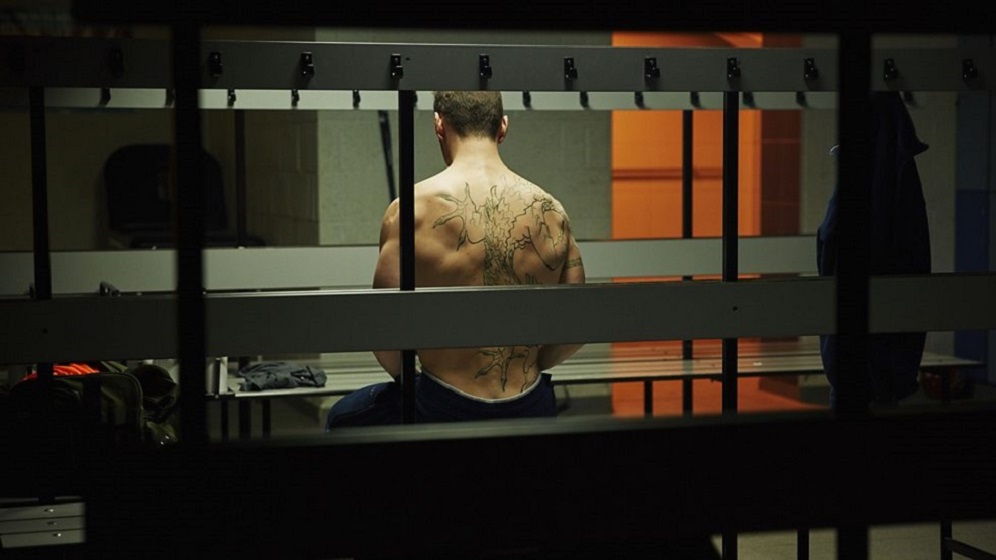 This gap, or lack thereof, does not do “The Coach with the Dragon Tattoo” any favors. In the course of a double release it largely disappears as “the one that isn’t the premiere” in terms of how Class made its first impression. Actually, it mostly just disappears in general—more than half the audience didn’t even bother playing the second episode, with only 300,000 people tuning in on BBC Three and 600,000 on BBC One a few months later. But taken as originally presented, as a singular item with “For Tonight We Might Die,” this was always doomed to be the smaller one, establishing what the show did in its default setting as opposed to setting the mission statement for it. The unfortunate thing is that this is only half wrong. This isn’t setting the mission statement, but it’s also not the default setting; if it were, Class would be a much better show.

What we have here is a story that looks at trauma and toxic masculinity via a Hannibal/Red Dragon ripoff in which a literal dragon eats people at a high school. This is, at baseline, fucking fantastic. I love everything about this concept. It’s like “the moon is an egg” in that you can just repeat the concept over and over again with the emphasis on different words and get a perfectly coherent argument for why it’s good, only you get more words to do it with. It’s just an intrinsically satisfying setup; one that finds a patch of ground no other show is quite set up to explore and does it. It’s a beautifully inventive setup where all of the parts go together and are still surprising.

Let’s start with the monster. The red herring that Coach Dawson isn’t being possessed by his tattoo but is abusing it in a display of gendered violence is a rock solid twist, but the fact that it works—that the show can get away with a fakeout just by having a tattoo that moves, a bunch of dead bodies, and a guy grunting “I AM IN CONTROL” like he’s a Robert Holmes villain shows an awareness of genre tropes that goes beyond knowing how to lampshade them and into being deft at transcending them. It’s obviously utterly wrong to suggest that this is smarter than the final six episodes of Hannibal, but it has a brash confidence that the iconography that Hannibal went to such gloriously baroque lengths to establish can be sketched lightly and then slyly detourned.

More to the point, however, this is just a smart villain. The Robert Holmes comparison is apt, because Coach Dawson is in many ways a 2016 version of the classic Robert Holmes villain. He’s a monster of petty and abusive authority, terrible for the precise reason that people like him really are in charge. Instead of being a dry but sadistic bureaucrat or a raving megalomaniac, however, he’s an embodiment of toxic masculinity. He’s a bully, like many of the best Doctor Who villains are, but more to the point he’s an accurate depiction of what those look like, offering the same contemptuous sneer and flavor of cruelty as the exact assholes ruining the world at that exact moment in history.

But the intelligence of the villain is here complimented by the intelligence of the theme. In contrast to Coach Dawson’s toxic masculinity is Ram’s crisis, in which his own toxic masculinity proves wholly inadequate in the face of his trauma and he has to learn and enact a better one to defeat both it and the monster of the week. There’s an intelligence to this on both narratological and social levels. Narratively, it’s both tidy and results in a pleasantly unexpected short circuit in the final confrontation, where Ram defuses the situation with a monologue whose main point is roughly “ah fuck it.” It’s pleasantly unexpected to have the resolution come not over any moral point but out of Ram, essentially, figuring out how to bait the angry dude monster. The cavalierness of this, with Ram cajoling the dragon into skinning Coach Dawson and making a chair out of him, is good stuff that breaks out of the banality of standard issue adventure fiction ethics to find fresh-feeling alternatives.

But this is also just a smart message. There’s s a nuanced and sensitive engagement with trauma here that punches well above its weight. But more to the point, there’s an engagement with trauma in the first place. This is an impressively big and serious topic to take on, especially in your second episode. The underlying idea—that being part of an adventure serial where your school is constantly attacked by monsters woud actually be terrible—is a fairly bog standard post-80s deconstruction of genre tropes. But “The Coach With The Dragon Tattoo” goes further than that, taking a fairly honest portrayal at what that horror would actually be like and how it would scar people. And then it uses that mature engagement with trauma in order to do a story about healthy masculinities. And the resultant character work is deft—the penultimate scene where Ram’s father helps him adjust to playing football with his new leg is sweet and touching and something I’d love to see more of. This is a show that’s doing good work that needs doing.

Indeed, Ram as a whole proves a compelling character in all of this. His stock role is as the jerkish male, which is to say a character inherently steeped in toxic masculinity. But “The Coach With The Dragon Tattoo” is willing to explore his toxicity in a way that renders it understandable but that never treats it as anything other than destructive. This doesn’t turn on anything so crass as “Ram really has a heart of gold.” Ram is a broken, damaged person who learns over the course of forty-five minutes to do a bit better. He feels like a person instead of a trope. And that depth allows him to contain a reaction like trauma.

The engagement with trauma also makes “The Coach With The Dragon Tattoo” the episode of Class that most straightforwardly sells the virtues of its weird balance of “for kids” targeting and its willful edginess. At its worst, this balance can end up feeling like The Sarah Jane Adventures with sex and violence. And there’s always something slightly jarring about it—the amount of blood and gore in this episode feels weirdly childish, as though it’s being done because the show can get away with it instead of because its sensible. But here, at least, it goes a long way towards selling the idea that Ram isn’t just grieving his dead girlfriend, he’s seriously fucking traumatized by having her blood splatter all over him and having his leg cut off. There’s an effort to earn the weight here that counts for something.

There are, to be sure, problems. Miss Quill’s b-plot is a ridiculous comedy that tonally jars and doesn’t really go anywhere. The fact that the episode is simultaneously driving towards a realistic take on trauma and trying to set up a hyper-stylized school where the interactions between Quill and the robot inspector could even happen in the first place. It’s intensely “have your cake and eat it too,” and does neither approach any favors. It’s not that juxtaposing the ridiculous and the emotionally intense can’t work, of course—Doctor Who does it all the time. But it’s tougher to do in the pared down setting of Class, where what we’re nominally doing is a spin on a single genre staple instead of a chaotic ramble through dozens.

Imperfect as it may be, however, “The Coach With The Dragon Tattoo” is the closest thing to a vision of Class that straightforwardly works. This is a show with things to say that other shows don’t say and ways of saying it that other shows don’t have. If we’d gotten six more episodes of this, in which characters respond to the pressures of genre tropes in ways that are both unexpected and nuanced, Class probably still would have been cancelled because nobody was watching it, but it would have felt unjust and tragic.

That’s not what happens, as we’ll see over the next couple of weeks. And adding insult to injury the cleverness of this episode ends up sinking beneath the waves, so that Class’s most convincing shot at articulating and fulfilling an aesthetic goal ends up lost in the shuffle, without even having a week where people can appreciate it. Nevertheless, it remains the hidden gem of this weird and failed little experiment of a spinoff—an episode that’s aged well and that can still be pointed towards if you want to say “here, this is a thing worth doing.”