The Things We Do For Attention (Heart Attack at 23) 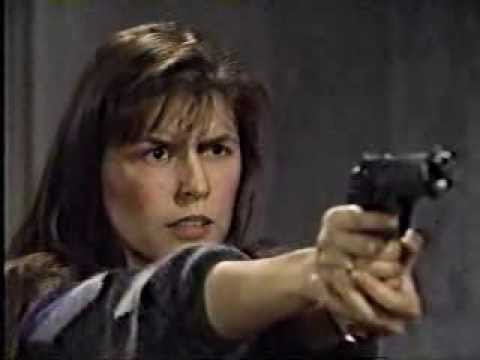 Generally speaking, Y Kant Tori Read is not nearly as bad an album as its reputation would suggest. Misjudged in its presentation, dated, and a poor use of Amos’s talents, yes, and certainly not an album anyone would still care about thirty-two years later were it not for Amos’s future career, but not the cringing embarrassment that Amos’s disavowals (highlights include “Madonna and Kate Bush in a headlong collision after eating bad mushrooms”) and decision to leave it out of print until 2017 would suggest. For the most part it is a competent minor 1980s album—not something you’d single out as a hidden gem, but not something on its own terms that is mockable or embarrassing.

“Heart Attack at 23” serves as the biggest exception to this. Most of Y Kant Tori Read has been at least partially reclaimed by Amos, worked into concerts as a winking extra for fans die-hard enough to recognize it. “Heart Attack at 23,” however, is one of two songs on the album that Amos has never performed live. Good-natured reclamation of your juvenilia has its limits; here we find Amos’s.

It’s not hard to see why. “Heart Attack at 23” is an absolute mess. Its opening forty-five seconds feature Amos attempting a swaggering greaser voice to talk about stealing the keys to her brother’s car. This constitutes the less dreadful part of the song. Once Amos talks about wanting to put her foot to the floor the song takes off with a scream of guitar. From there the only move it ever finds for itself is to try to get bigger and louder. On an album that lived up to the hair metal convictions of its cover, this might have worked, but Y Kant Tori Read, for all its Pat Benatar aspirations, is not a hard rock band, at least in its heavily label-meddled album form. On top of that, the song is pushed to an unsustainable 158 BPM, leaving a sense of everyone involved feeling like they’re struggling to keep up with it. With an energetic band that can push the song back this can be a conscious and savvy choice. Here it just sounds like a bunch of jobbing musicians in over their head.

This would not be salvaged by a good chorus hook, but that’s ultimately beside the point as what the song has in practice is Amos howling about how “if I have a heart attack at 23 / I’m loving you too much” and insisting in the face of all audible evidence that “you’ll miss me.” By the time the backing vocals of “roll, roll, roll, roll on” start up in the bridge about 3:40 into the song (which stretches an astonishing 5:19) they’re just icing on a cake of misjudged bathos.

What went wrong here? As noted, the production is a big problem. The obvious person to finger here is the album’s producer, Joe Chiccarelli, but things aren’t quite that simple. Chiccarelli’s account, which has Amos calling him after the album is finished to say, “I really love this album, I’m so proud of it. Thank you so much for making the record I wanted. This is who I am,” feels more than slightly self-serving, but it’s notable that Amos, years after the fact, singled out Chiccarelli’s production for praise, which makes his claim that Amos was the one who pushed for a “very layered, produced record” seem more credible. More broadly, Amos has admitted that she was lost and trying to be something that she wasn’t, which is consistent with Chiccarelli’s suggestion that she provided artistic direction even if that direction was, ultimately, her efforts to mould herself into what other people wanted. So while it’s hard to believe Amos ever claimed of Y Kant Tori Read that “this is who I am,” the idea that she was complicit in the train wreck is altogether plausible.

Certainly Amos is at fault for the uninspiring subject matter. Like most of the songs on Y Kant Tori Read, “Heart Attack at 23” is a song of frustrated love, with Amos cast in the role of a lover imploring her partner towards reciprocation. The dynamics of this in no way suit her. Amos has subsequently admitted that the songs were an attempt to avoid having a “clear statement” because she wasn’t ready to write songs about what she was actually feeling and experiencing, which is understandable, but in the absence of that clarity Amos casts herself in a role she is simply a poor fit for. For all the bluster the album is trying to project, Amos is constantly subordinate, supplicating herself to a parade of lesser men. That she plays the part with so little conviction speaks well of her, but does little to improve the actual song.

I Don’t Speak German, Episode 27 – White Nationalism in the Pacific Northwest. Someone Had to Lose (Fire on the Side)