Someone Had to Lose (Fire on the Side) 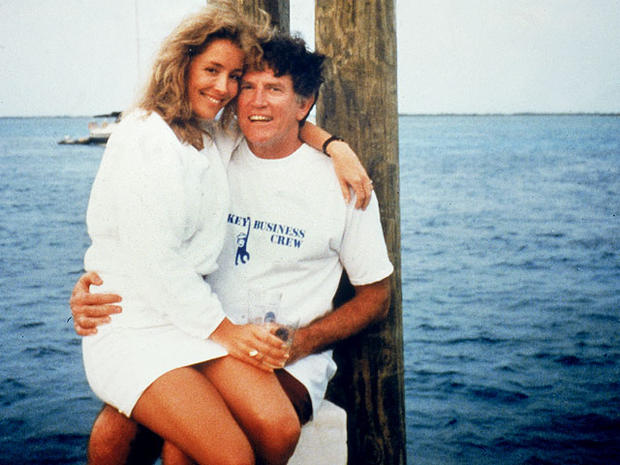 Another song of frustrated love, but ultimately one that is elevated by the particulars of its subject matter, which sees Amos tackling a classic of songwriting: infidelity. There are, obviously, three perspectives one can write a song about infidelity from. The most common is the person being cheated on, a perspective that allows for sadness (“I Heard it Through The Grapevine,” “Lyin Eyse”), anger (“You Oughta Know,” “Before He Cheats,” the first half of Lemonade), or more innovative perspectives (“Jolene”). Less common but still frequent is the cheater, which allows the singer to cast themselves as a villain, whether a self-pitying one (“The Call”) or an unrepentant one (“O.P.P.”, “It Wasn’t Me”).

The least common, however, is the most consistently interesting: the other woman. Examples exist—Robyn’s “Call Your Girlfriend” is the example par excellence here, although The Long Blondes’ “Giddy Stratospheres” deserves mention. And it is into this more arcane tradition that Amos steps with “Fire on the Side.” Amos approaches the subject, however, without any of the wizened and ironic distance of those artists. Both of those songs take the position of an illicit victor, Robyn full of compassion for the soon to be ex-girlfriend of her lover, the Blondes with nothing but glorious contempt. “Fire on the Side,” however, is a song of the vanquished. The lyrics are as overwrought as anything from the period (“ashes blow / in the windy skye / take my heart / as you go” is, depending on your perspective, either the worst offender or the biggest delight), but are all emphatically pointing in the same direction—a smoldering, frustrated desire for a lover that isn’t going to choose you, which results in the song having a focused coherence that neither “Fayth” nor “Heart Attack at 23” were capable of mustering, and that stands out compared to most of the rest of the album as well.

Autobiography is a cheap but inevitable lens; certainly it’s the one that Chiccarelli favors, explaining that “I remember [“ Fire on the Side”] was really difficult for her—because with her, she really had to put her whole self in the song emotionally, so that one was a tough one because it dealt with a period of her life I don’t think she really wanted to re-experience.” But frankly, one doesn’t need autobiography to explain why the singer would need to be a bit amped out to belt out a chorus of “Baby it burns / baby it burns / baby it burns / to be your fire on the side.”  The song is built around a series of repeated three-note walkdowns, starting in the prechorus with “kiss goodbye / go back to your  / separate life” all phrased with a Bb-A-F walkdown, with “to your” adding an extra C-D at the bottom to tease the Gm chord that would resolve the key. Then in the chorus it switches to a more emphatic Bb-A-G for “baby it burns” before un-resolving itself on “fire on the side,” thus musically giving Amos’s anguish more weight than the fragility of her romantic status. The result is a propulsive engine that gives little choice other than emotional intensity, especially within the blunt instrument of Y Kant Tori Read’s musical style.

And yet the song works. The instrumentation is undoubtedly a lot, but has actual touches of subtlety, particularly a peal of flamenco guitar that comes in after the second chorus to give the song an ambience that both matches the floridity of an opening line like “Purple sunset / orange moon” and tones it down by giving it a feeling of a mildly exotic getaway that fits the underlying torrid affair. More to the point, however, the band just plain has the good sense to get out of the way of the fucking song for once. There’s none of the ostentatious vamping that mars “Fayth” and ruins “Heart Attack at 23.” This doesn’t mean the song is remotely subtle or anything; it’s still a Y Kant Tori Read song with all the unrepentant 80s trash trappings that entails. But the song itself is unrelenting enough to attain the level of emphatic camp at which Y Kant Tori Read and, for that matter, torch songs work without the band having to put in extra work.

When Amos began reclaiming the Y Kant Tori Read songs in 2014, “Fire on the Side” was the main beneficiary, getting played four times on that tour and then another four three years later on her next—more than most songs on either of the albums that the tours were nominally for. A quarter-century on, reclaimed by a middle-aged woman playing solo, the song morphed into a quietly mournful piece. With whatever autobiographical passions might have once animated it long cooled, Amos instead delivers the song as a wistful memory with a mannered, slightly detached performance that holds the song at a careful remove, politely skeptical of its emotions. Instead of going for unvarnished anguish, Amos offers a melancholy and resigned version of the song where the most intense emotion appears to be compassion for her younger self. The pre-chorus becomes a tentative stillness before the storm, which, when it breaks, is insistent until the title line, when she lets her voice soar up well above the original to a triumphant peak, a woman finally at peace, if not with the worst missteps of her career, at least with the best ones.

Recorded somewhere in 1987 or 1988 at any of half a dozen studios in the Los Angeles area. A very slowed down version made a solitary appearance as the intro to a cover of “Purple Rain” in 1996 on the Dew Drop Inn Tour. Played several times on each of the 2014 and 2017 tours, usually as a free-standing piece, though in the version linked above with a short piece that she tried out as the intro for a couple of songs on that tour.